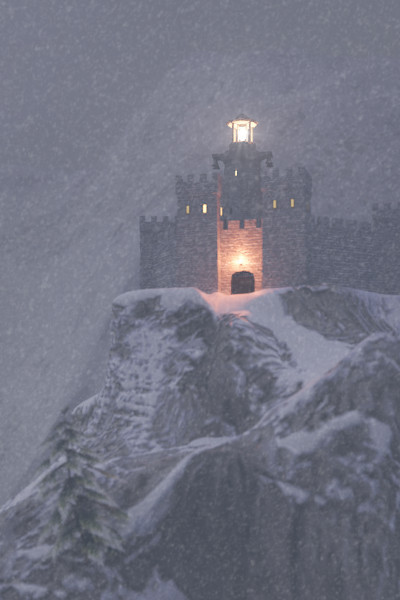 by Jasne
Kalztad is a mountain castle guarding a pass between two provinces of the Halcian Republic.   Once upon a time Arein and Gwelhar were hostile countries and Kalztad was an important military outpost. Nowadays it mostly serves as a search and rescue station for merchants and other travellers who might get in trouble near the Pass of Kalztad, as the Grenze mountains can get treacherous, especially in winter.   Kalztad is difficult to access by ground, because the inter-province transportation is mostly by air nowadays, and the road isn't well-maintained. Kalztad does have its own wyrm wing (two wyverns, a lead and a wingmate) and boasts a real thaumic healer for a garrison medic.
Type
Outpost / Base
Population
20
Owning Organization
The Halcian Republic
Halqueme
Open full size
The continent of Haqueme

Remove these ads. Join the Worldbuilders Guild
The Halcian Republic