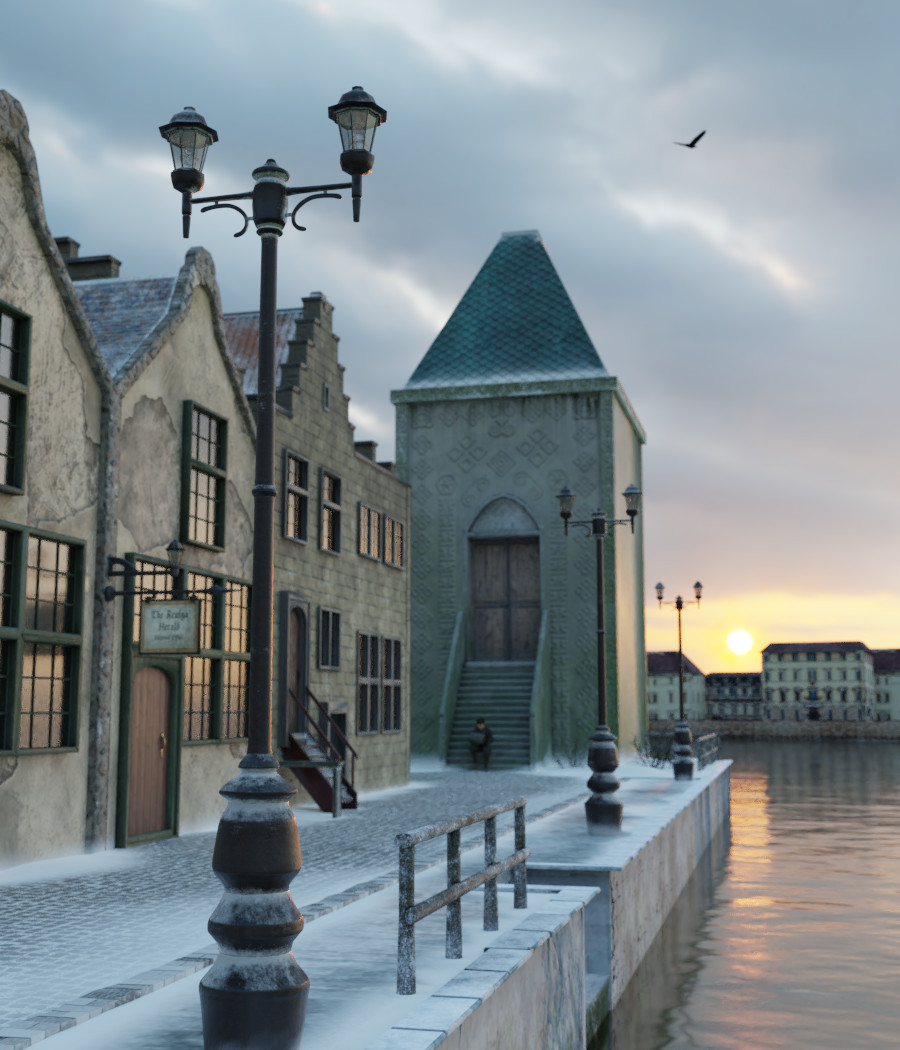 The city is situated at the mouth of the Helvent River as it flows into Lake Siron.   Lake Siron is a large freshwater lake fed by three major rivers, including Helvent, which flow from the Red Ridge. The lake itself has formed on top of a volcanic fissure and never freezes.   Reulga also has several hot springs, and periodically experiences earthquakes, albeit usually mild ones.

Reulga's climate is continental, with warm humid summers and with snowy, severely cold winters that are only somewhat mitigated by the warmth from the lake.

The first settlements at the mouth of the Helvent River, especially on the Kerdis Island, date back to over 2000 years ago. In approximately the 4th century Asunder, the area was inhabited by Relghi, a Welkhian tribe, who traded with the towns along Helvent as well as with merchants all along the shores of Siron, and minted their own coin.   Kesoia, the first queen of Ralech, made her capital there in 708, and that is generally considered to be the founding date of Reulga the city.   With the union of the realms of Gwelhar and Ralech in 1148, the capital was moved to Nalra on the north shore, but Reulga remained an important trading and cultural centre.   During the Gwelharian Revolution in 1548-1550, Reulga became a revolutionary stronghold opposing the Triumvirate which occupied Nalra. At the end of the revolution, when the Realm of Gwelhar and Ralech became the Republic of Tyrbrion, Reulga rather than Nalra was chosen as the capital—in part because Nalra was badly damaged during the conflict, and in part to signify a new era in the history of the realm.   After the confederation in 1621, Reulga became the capital of the Halcian Republic.

Remove these ads. Join the Worldbuilders Guild
The Halcian Republic