He Who Has Food

A friendly, traditionalist fisherman from the town of Ago. Harukor can trace his ancestry all the way back to the bears who lived alongside the Ainu people long before Japanese culture arose. He still honors his ancestors by wearing traditional garments passed down through his family, mended a thousand times over and rich with the proud weight of culture.   Harukor is very active in his community. His easy manner and generosity have made him popular among most of the dockside residents of Ago, who affectionately call him "Haru-san," and he's even made a few friends in the provincial government. Sure, he might be a sentient, bipedal bear, but that's hardly something one mentions when he's such a gentleman. Among Harukor's achievements are a monthly fishing competition with proceeds going to charitable work and the establishment of the Blue Ocean Society, a group of like-minded fishermen who teach interested parties the basics of the craft.   Recently, something has caught Harukor's interest. There's been word in the ports and markets of Japan that the Kamui, ancient Ainu gods, are starting to show themselves once again. With a group under the powerful Hashinara having just purchased ownership of his home province, this might be the chance of a lifetime to truly experience his heritage. Repun Kamui, ancient orca god of the sea, always seemed to smile upon him in this life. Harukor would be eager to give his thanks in person, given the opportunity. 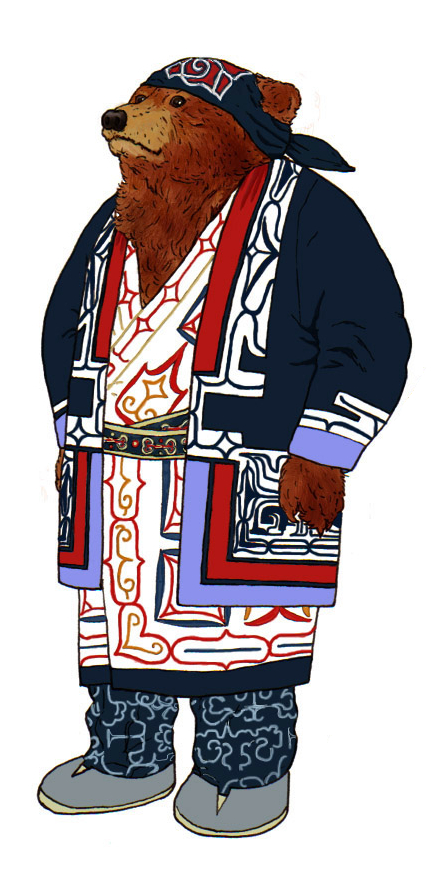