Shaundar Sunfall is a young Star-Pilot in the Avalonian Imperial Navy. While he is regarded as a promising young officer, he also has a reputation for being reckless and dismissive of authority, and he is widely believed to not be living up to his full potential.

Shaundar keeps in good physical shape, thanks to an adventurous spirit and the physical education requirements at the Skyreach Academy. Though he usually displays some bump, bruise, or cut from misadventures, or getting into fights, he is young and resilient, and usually in good physical health.

Shaundar is tall for his age, and can often pretend to be older than he actually is, since many people have trouble distinguishing the age of elves.

Shaundar's peach-moonstone complexion is a blend of the pale rainbow moonstone complexion of the Sidhe , and the golden complexion of the Alfar . It is quite distinctive, and marks him immediately as being of mixed blood, as many of his features do -- such as his indigo eyes with pyrite-coloured sparkles in the iris.   Otherwise, Shaundar strongly resembles his father, who has been described as having a "hawk-like" appearance, except that his eyes are more like his mother's.

Celestial compass tattoo, received his first month in space, over his heart.

Shaundar has a talent for, and interest in, the magical arts.

Usually wears his Navy uniform when at school or shipboard (though he is notorious for damaging it and messing it up). Prefers sailcloth and canvas civvies when he can get away with them, but is often required to dress in silk shirts and quality trousers as a young gentleman.

Shaundar Sunfall is the oldest child of Ruavel Sunfall and Selene Wintermist, respected veterans of the First Interstellar War (IW1). Shaundar is subject to a lot of racism in his community, since his father is Alfar and his mother is Sidhe.

Shaundar attends the Skyreach Academy at Skyreach Harbour, an Avalonian Navy-run public school that was established for Navy personnel and their families. He has a reputation as a bit of a troublemaker, and is often bullied by the other students. His marks are excellent, but it is the consensus of his instructors that he is not realizing his full potential.

Like many young gentlemen associated with Navy families, Shaundar was taken onto his father's ship, the Arianrhod's Pride for his further education as a young midshipman. While he has earned a regular wage for this service, most of it has been saved in a Navy account for his future use.

Shaundar's scores in academics and magical studies are consistently high.

Shaundar was refused swordsong training by both the Sidhe and Alfar schools on Peridot, despite meeting the qualifications. While reprimanded for plausible reasons, the intensity of the responses made it clear his race played a role in their judgment.   The first time that Shaundar was given lessons in Piloting a fighter, he intentionally, and without receiving permission, buzzed the deck of the Arianrhod's Pride, and crashed the fighter, which was significantly damaged in the crash. His trainer received mild injuries, and Shaundar was bedridden for the injury caused by his sudden disconnection from the ship's interface. He was court martialed for Destruction of Naval Property, and received 12 lashes before the mast in punishment.

An inferiority complex and sense of self-doubt plague Shaundar in his daily interactions. He also has a stubborn streak and a reputation for defiance. His temper is slow to kindle, but once it has been roused, it can be destructive.

Empathic, intelligent, quick-thinking, emotionally sensitive, brave, stubborn, inventive, curious. Sometimes thinks too much. Shaundar has an excellent memory, and therefore, he can nurse a grudge for a long time.

Shaundar has been instilled with a strong sense of duty by his father, and a sense of compassion by his mother. Sometimes, these ethical and moral poles are in conflict.   Shaundar believes in the ideals that elves are supposed to hold dear -- personal freedom, love, freedom of expression, honesty, courtesy -- and to the ideals of the Avalonian Imperial Navy -- honour, bravery, loyalty, and duty. He is often surprised and hurt when others do not share his dedication to those ideals.

Aspires to become a respected Star-Pilot.

Talents: Gifted Star-Pilot, talented mage, has some talent as an artist. Known for his satirical drawings, cartography, and model-building.   Ineptitudes: Socially awkward, has difficulty keeping his mouth shut about his opinion, lacks patience, easily distracted.

Impatient, distractible, socially awkward, shy. Can get hyper-focused on tasks.   As of joining the crew of the Arianrhod's Pride, has taken up smoking a pipe.

Runs his hand through his hair when nervous or exasperated. Fidgets when forced to sit still. Taps his foot when impatient.

Shaundar does his best, but his uniforms are always scuffed, dirty, and slightly damaged. Usually has cuts, scrapes, and dirt on his nose.

Worships Arianrhod, goddess of the stars, in a diffident and casual way.

Shy, struggles with self-confidence issues, but insists on standing up for what he believes in.

Soft-spoken, except when he chooses to yell. Has an upper class Glimmerfell Alfar accent, which he learned from his father, sprinkled with the slang and colourful epithets of spacefarers.

The Sunfalls are an old family with considerable accumulated wealth. As a young gentleman, he receives a small allowance from his parents.

Shaundar Sunfall is a young Star-Pilot in the Avalonian Imperial Navy, best known for his considerable dogfighting capabilities. 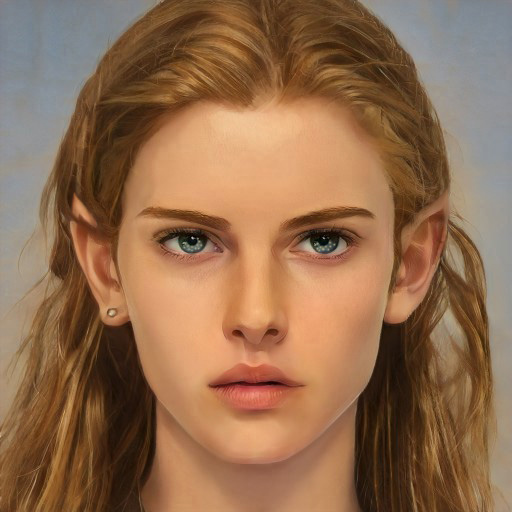 His father was right. This was his fault. If he had not climbed so high, Yathar would not have fallen. Why did he keep doing such stupid things?   On the other side of the closed bedroom door, Shaundar’s father and grandmother were arguing. “You’re going to take all the adventure out of the boy, Ruavel,” his grandmother was saying. She sounded cross.   “Damn it,” Dad said, “the boy is going to grow up with some decorum!  He’s a Seelie Alfar noble!”   “No, he isn’t!” Deliana growled. “And you can’t expect him to be!”
— A Few Good Elves by Diane Morrison

“So, who was that lad whose balls he was busting?  Or shall I say, whose balls he was trying to bust?”   “That was Shaundar.”   “Did he actually set off the stink bombs?”   “No, we actually set off the stink bombs,” Yathar said with a growl. “But only Shaundar would ever get in trouble for it, even if we all confessed on the spot. Which reminds me, I want to talk to you about Shaundar.”   Blackjack laughed, but his laughter held a bitter edge. “Don’t expect me to talk to your Dad about it!  He won’t listen to me. Never has!”   “No, I want you to see him fly,” Yathar said instead.
— A Few Good Elves by Diane Morrison

Elves of the Avalonian Imperial Navy

~ Thank you for your support! ~
If you couldn't tell by the elves, orcs, and magic flying sailing ships in space, this is a work of fiction. Any resemblance to people or locations, living or historical, is purely coincidental, with the exception of Alberdingk Onestone, who may actually be an alternate dimension's version of a famous scientist, only as a gnome.
The Toy Soldier Saga is copyright (c) 1995 by Diane Morrison. All rights reserved.
Cover image: Major Character Cover by Verti
Character Portrait image: Shaundar as a Child by Diane Morrison
Article template
Character
World
Toy Soldier Saga
Category
Elves of the Avalonian Imperial Navy in Avalonian Empire
Author
SableAradia
Publication Date
8 Dec, 2020
Creation Date
5 Dec, 2020
Last Update Date
30 Jan, 2022
Visibility
Public
Views
565
Favorites
23
Comments
2
Work In Progress
Tags
Shaundar Shaundar Sunfall characters

Shaundar is prettier than I was imagining. :D I love the thorough exploration of his flaws and traits. It sucks that he suffered racism because of his birth - I assume that plays somewhat into his self-doubt.

Do remember that he's still really just a boy at this point, and he's an elf. They're all prettier than we imagine! LOL   And yes, the racism he's experienced does indeed have a lot to do with his self-doubt, unfortunately.   Thanks so much for commenting!