A young officer-in-training, usually of the noble classes

A Midshipman (also "Midshipswoman," "Midshipsperson," or colloquially "Middie,") is a young officer-in-training aboardships. Originally, Middies were senior petty officers, but over time, the position became something more like an apprenticeship for young nobles learning the art of command. They have no command authority. While technically they are grouped among the commissioned officers, they are not addressed as elan (sir,) elana (ma'am) or elanan (non-gendered term of respect). All candidates for a commission must spend a term as a middie by Naval decree.   Middie is the lowest rank at which a starfarer can train to become a Star-Pilot, and is also the rank which is typically held by a Druid's Mate (assistant to the Ship's Druid ).

Middies are generally chosen from young elves of the noble classes. They require a basic education in literacy and mathematics. If they intend to train as a Star-Pilot, they also need to be capable of casting some form of magic.

Middies are almost always chosen from young scions of noble elven families. It is common for some of these would-be officers to be quite young; as young as 20 years of age (about the equivalent of a ten year old human child in physical and emotional maturity.) This practice began because advancement through the commissioned ranks is usually a matter of seniority -- and in a military force made up of a people who can live for up to a thousand years without misfortune, advancement can be a long process. However, when a ship is expected to be engaged in war or combat conditions, all minors aboardships are dismissed from the service until conditions change.

Middies are usually recommended by their parents or patrons within the Navy, and taken aboard by a ship Captain, either as a personal favour to the other officer who is asking, or as a duty unwillingly saddled upon them by a higher-ranking officer.

A middie is expected to learn the nuances and details of becoming a successful officer. They are trained in the craft of command, and may in rare circumstances be required to temporarily assume authority.

Middies study the skills and duties of officers, including navigation, mathematics, logistics, tactics, and the ins and outs of running a ship. They are often called upon to manage minor command duties, such as organizing cleaning crews and maintenance, and directing weapons or sails crews.   As Druid's Mates, Midshipspeople are expected to assist the Ship's Druid in their duties, and learn the important information that will make their job easier when they assume a similar position. This usually includes tending the ship garden, and learning the care and repair of the Starseed ship they serve on.   A Midshipsperson who shows promise in the magical arts may be permitted to train as a Star-Pilot. Middie-Pilots quickly pick up many of the eccentricities of other Pilots, and thus, some allowances may be made for them that are not made for other Middies.

A Midshipsperson is paid 13 Galaxies (platinum,) 18 Novae (gold,) and 9 Starbursts (silver) per year, depending on seniority.   Like all Naval starhands, their food and accommodations while on active duty are provided, but these benefits are not provided when their ship is not in active service. 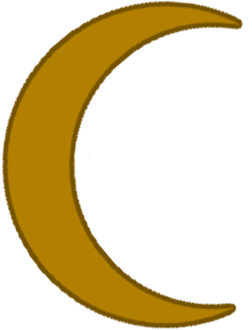 Midshipman Rank Pin
Middies are issued a standard uniform that includes silver-grey trousers, navy-blue dress shirt, navy-blue dress coat with white trim and brass buttons, brass-buckled belt and bandolier, sea boots, sword, and a Starmetal Talisman worn about the neck against a starched white collar, to provide them a short period of air and pressure, should they happen to fall overboard. They are entitled to wear the distinctive round, flat-crowned hat of a Master, but almost never do. By tradition, they usually go hatless unless the situation calls for it (like a close passage to a sun.)   If a Middie is also a Druid's Mate, they are issued a silver-grey tie and headband to match their silver-grey trousers, and thus, they use the Starmetal Talisman belt variant instead of the collar. The headband carries a live plant, usually a Starflower or other starfaring flora, which varies with individual fleet tradition. A Druid's Mate does not typically wear a sword and bandolier, since their calling usually requires they only use natural, unworked weaponry.   If a Midshipsperson is training to be a Pilot, they are also issued a silver-grey flight suit. The suit is designed to be loose fitting and comfortable, and may feature a butt-flap. There is a patch on the front with a metal chevron and button, which, on a Middie uniform, are both made of brass. Middies are also issued a shorter boot to replace the hot, sweaty sea boots, a bomber jacket with brass strips along the sides, goggles, and a light blue scarf. These suits are more easily worn with the belt buckle version of a Starmetal Talisman, which is less constricting, and less hot and itchy, than the collar.   The rank insignia of a Midshipsperson is a brass crescent pin, worn at the collar of a coat or flight suit. Coats also feature an embroidered epaulet with the single brass crescent, and this is also stitched onto the middle of the upper back part of the flight suit. For this reason, regulations require that a Pilot keep their hair off of their neck, exposing the insignia.

Dismissing a Middie is technically possible at any time and for any reason, since they are not officially either Officers or Warrants, and have no official command rank. However, doing so is usually fraught with political considerations, because of their noble or royal parents. In practice, Midshipspeople are rarely dismissed from the service, and only for the most grievous infractions, or because their ships have entered active combat service. Demotion is far more likely, although this is viewed as a cause for shame, since Midshipsmen are typically drawn from the noble classes. 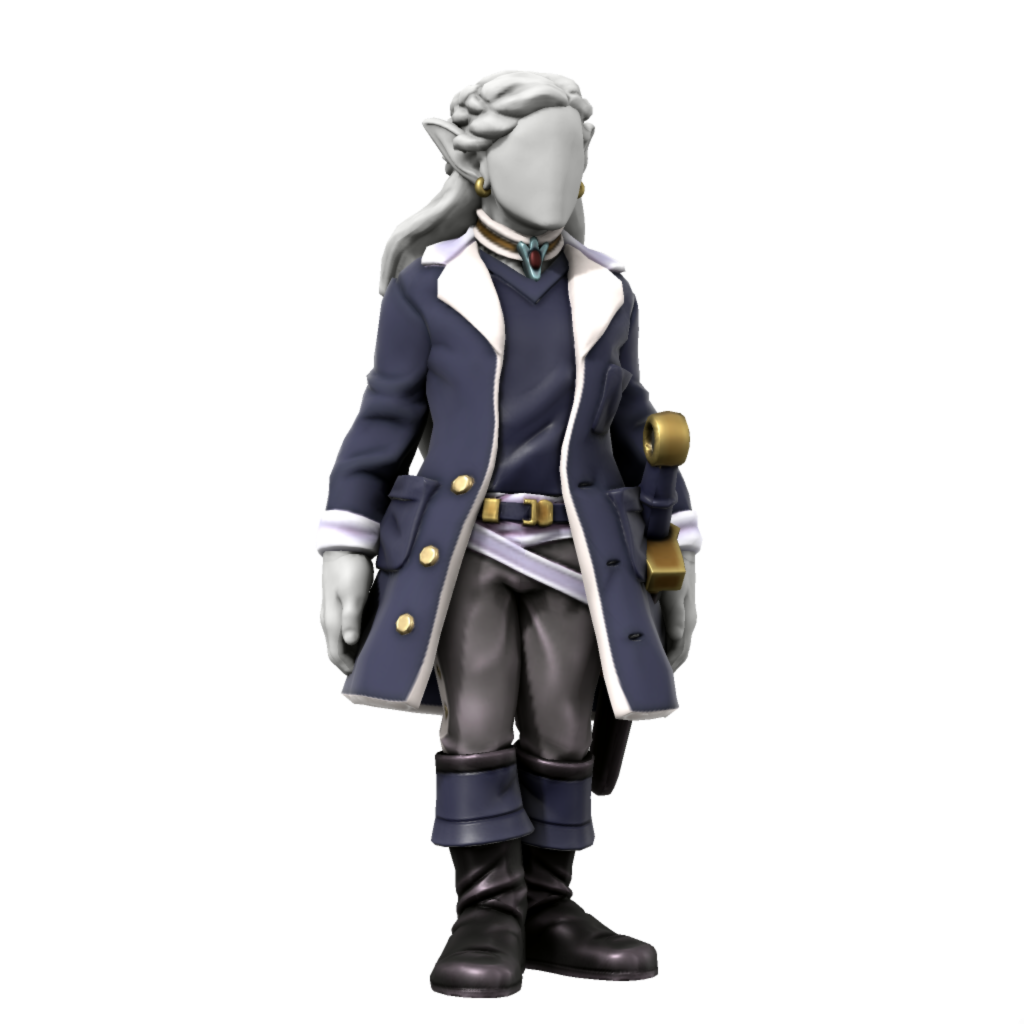 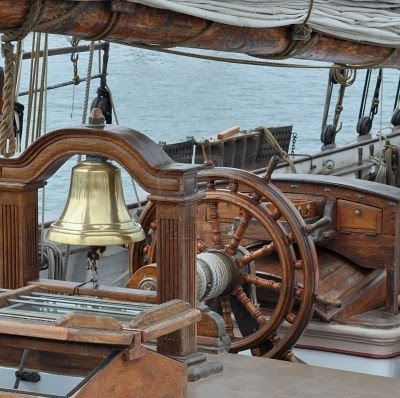 A Sailing Ship's Helm by James Scott
Traditionally, timekeeping aboardships is done by the most junior of the Midshipmen, and the bell is "sounded out of harbour" at least once by the newest Middie when they come aboard. 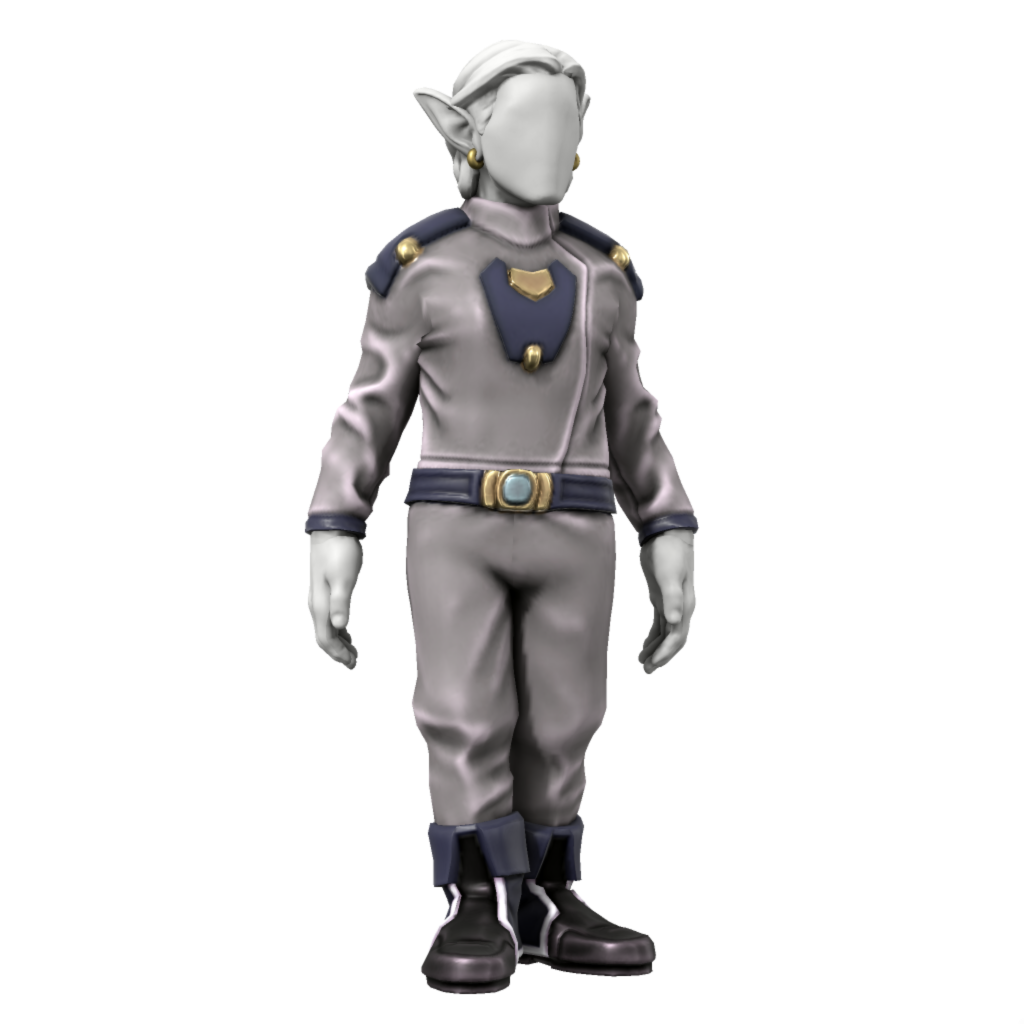 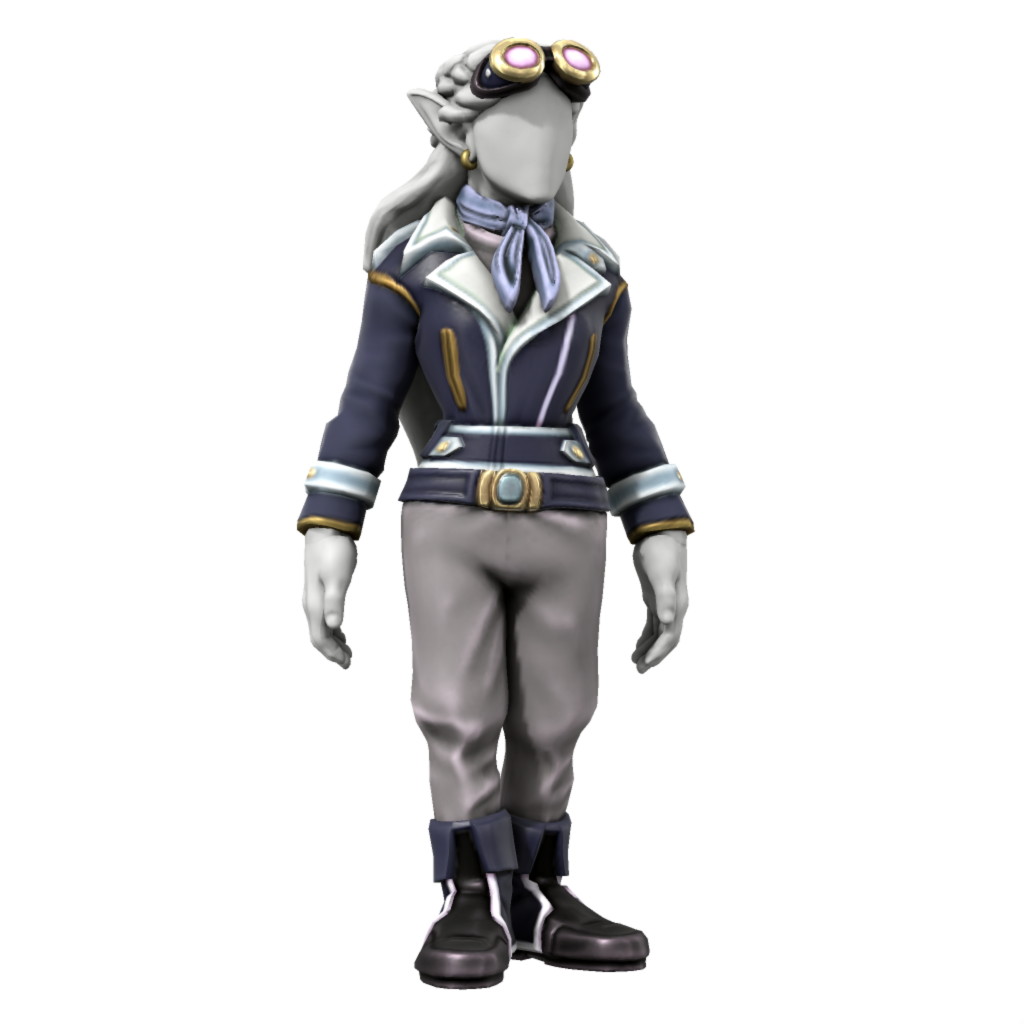 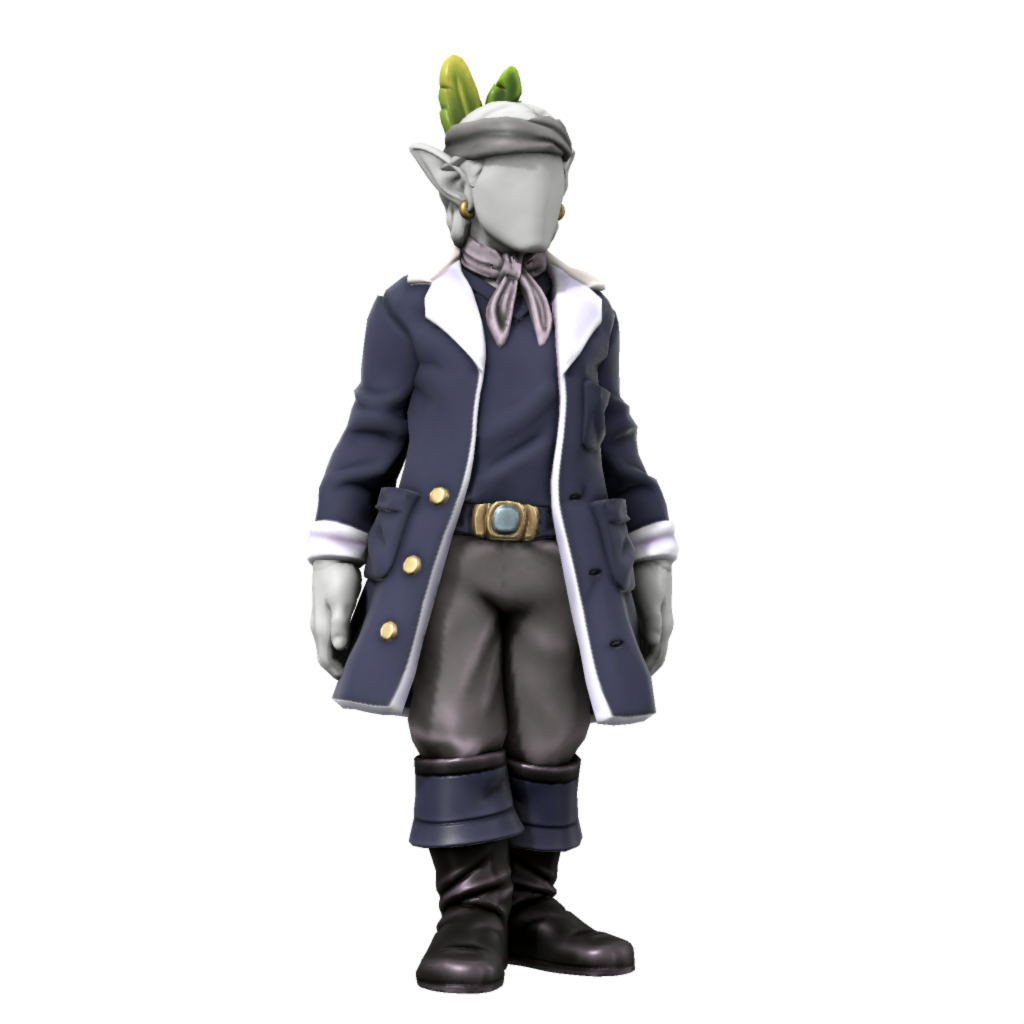 Ooof. Lemme just say that I love how well you can include so many little details in such a small space. That first block goes into military rank, gendered and non gendered terms and titles, demographic and more, all while introducing the midshipman itself. Steller work, if you pardon the pun.     Oof. I can only imagine how long promotion must take, and here I get upset if I dont get my yearly raise. I think it's cool how they start so "young" and how it seems to be almost essential.   If I remember correctly, star pilots tend to be a little quirky... or is it crazy? I wonder of that stars to develop in their time as a midshipmen, though I think it had more to do with their connections to the vessel. We shall see. Just a thought I had while reading and wanted to share. It's no small feat when a world is memorable like that.   I wonder: while they have little to no actual rank, do any let the command duties they are assigned go to there head?   You dont mention the quirkiness I talked about earlier but you do mention those with magical talent may train as a pilot. I'll just leave it as a question and ask if they do develop these quirks while training.   Well done as always!