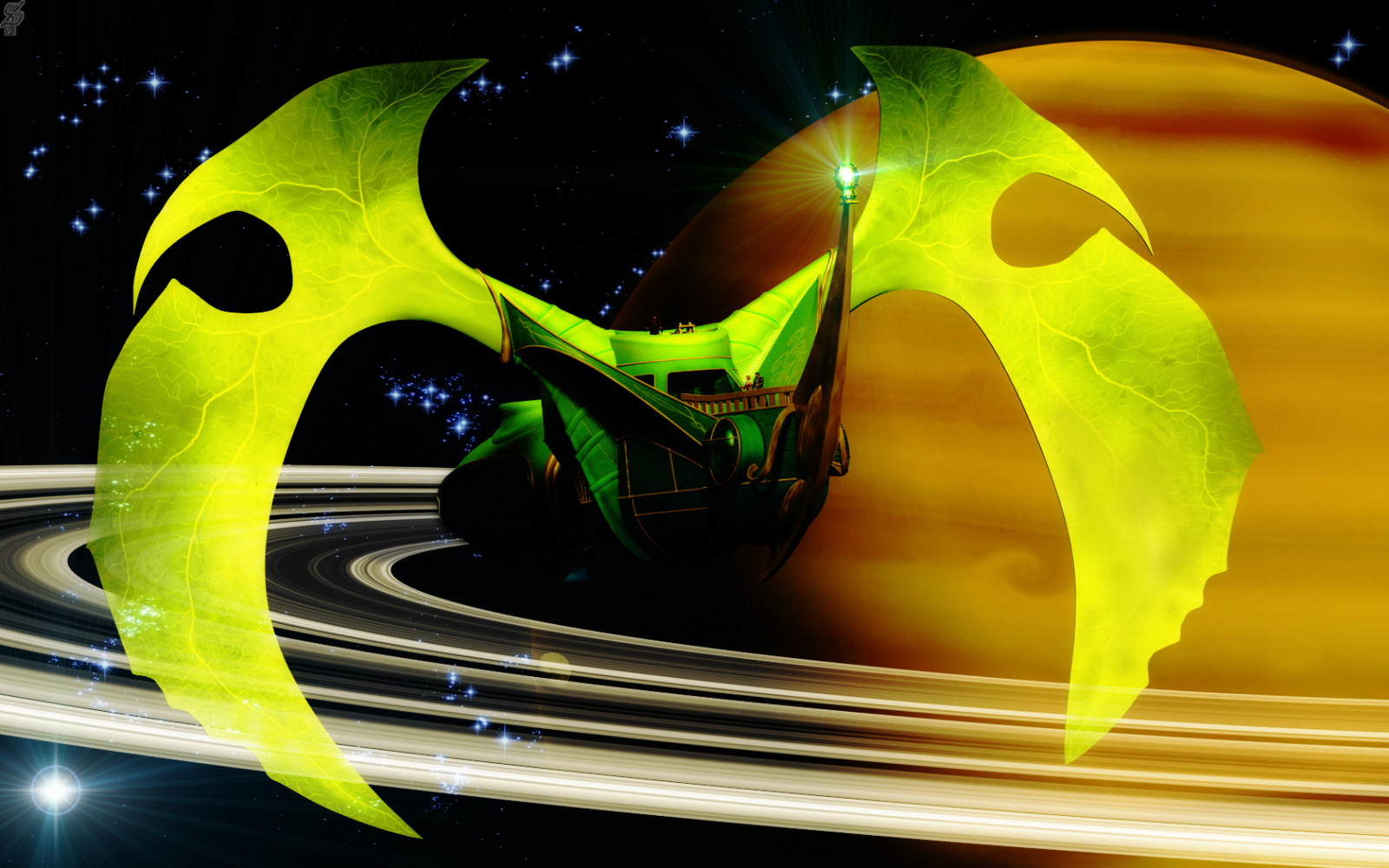 "Let it never be said that we died like dogs, for we shall fight most valiantly!"

As seen in A Few Good Elves

“Captain!” Shaundar heard Yathar’s voice, sounding almost panicked. “I count ten sail, sir!”   Shaundar felt the blood in his veins turn to ice. Ten! All man-o-war class ships, every one of them. It was a whole blasted flotilla!
— A Few Good Elves by Diane Morrison

The Battle of Wylinta's Rings was a naval engagement that took place in the rings surrounding the planet Wylinta. In this famous action, a single man-o-war class ship of the Avalonian Imperial Navy, the A.I.N.S. Queen's Dirk, engaged ten man-o-war class ships of the Fomorian Navy, and emerged victorious. This engagement was the opening salvo of the Second Interstellar War (IW2) in the Telasian System.

The Captain raised his head and addressed the crew on deck. His growl was as fierce as a hunting tiger’s. “Well, what say you, lads? Do you think I would surrender to a bunch of pig-faces?”   The resounding “NO, SIR!” reverberated through the ship. Shaundar’s heart answered in kind. He could swear that he even felt Queenie’s agreement.
— A Few Good Elves by Diane Morrison

The Avalonian Imperial Navy Ship Queen's Dirk was ordered to scout the space surrounding the outer planet Wylinta where a possible enemy man-o-war had been sighted by a merchant convoy, as part of her picket. This was not the first time that a rumour of enemy ships in the system had reached Fleet Command, but thus far, none of these rumours had borne fruit. The Queen's Dirk was directed to investigate the rumours, mostly to give its young and inexperienced crew some operational exercise to build their skills and confidence.   Commodore Klugor Starstrike commanded the ten-ship flotilla of the Fomorian Forces. The flotilla's orders were to scout the Telasian System and return to the Wyndsmere System with a report on Avalonian ship movements and numbers, in preparation for a blitzkrieg invasion of the system, with the objective of capturing the Naval shipyards at Yggdrasil's Sprout. The large number of warships for a scouting flotilla was to assure that they could deal with any problems they were likely to encounter. They had taken up position within the rings of the outer planet Wylinta to observe the prevailing Airts, both because the locals avoided the Cthulan dominated world, and because the orbiting rock and ice of the rings provided good cover.   The Queen's Dirk was almost on top of the flotilla before they noticed it. The Fomorians emerged from the asteroid field and surrounded the Dirk, to demand her surrender. The Queenies declined the invitation.

Their first sight of the rings of Wylinta came just before shift change at the helm. The outer ring, from a distance, looked like a wheel. Beyond it, Shaundar could see a shimmering band that might have been a ring or a trick of the light through the etheric membrane that sustained their air, and then something that looked like a band of coloured ribbon, which might have been residual star-stuff or refractive ice crystals. According to the charts, there was a fourth ring beyond that, but Shaundar couldn’t see it.
— A Few Good Elves by Diane Morrison

The battle took place among the rings and four moons of the planet Wylinta, which is a gas giant in the outer regions of the Telasian System. This was one of the factors that made it so remarkable -- planetary rings, which are usually asteroid belts, are extremely hazardous to Pilot at combat speeds. The Star-Pilot at the helm of the Queen's Dirk, a young midshipman named Shaundar Sunfall, was an Aces High graduate, and he made extensive use of his training and understanding of gravitation forces and Airt currents, to devastating effect. 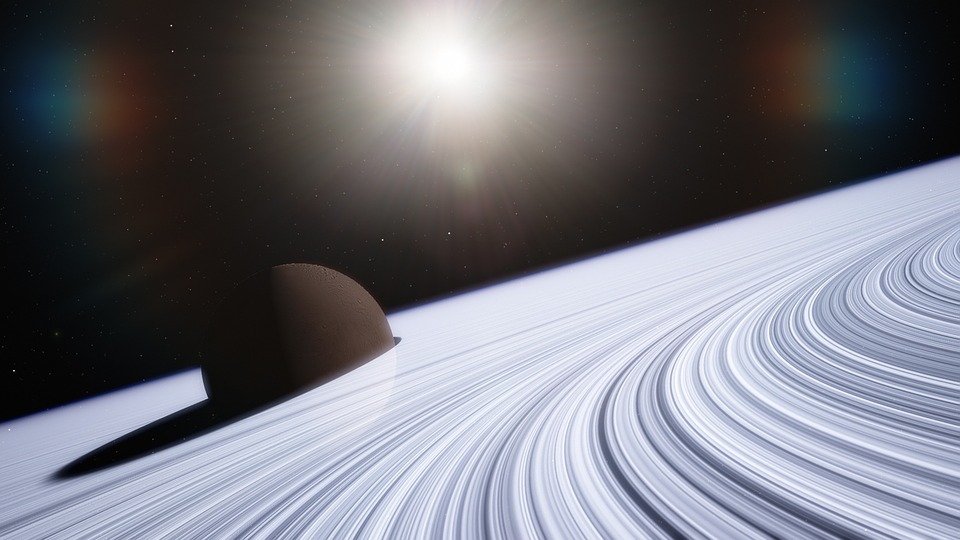 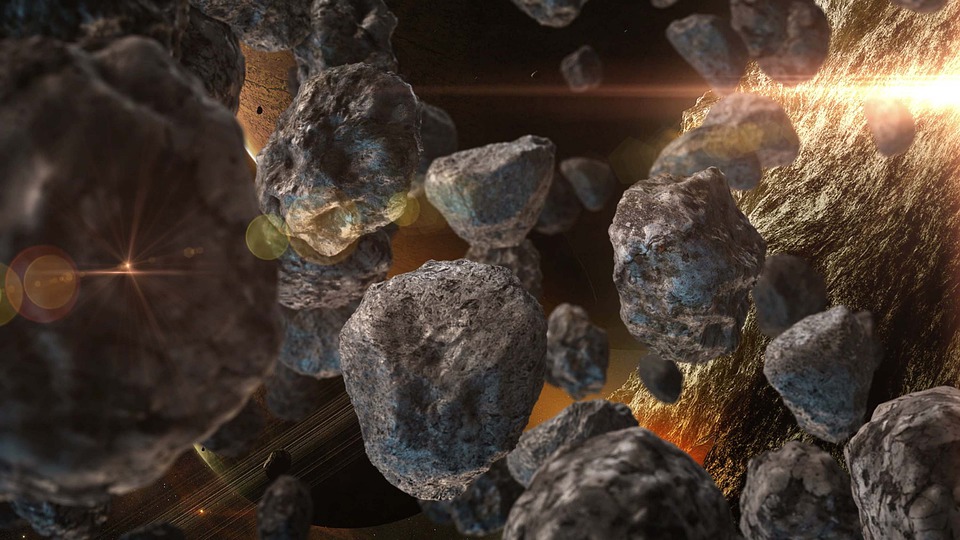 Asteroids by TommyVideo
The terrain required exceptional Piloting skills of both sides -- and both sides answered. The Starstrike Flotilla made effective use of the asteroid field for concealment and boxing their enemy in to limit their movement. The Queen's Dirk used its deftness as a dogfighter to outmaneuver the Fomorian ships-of-the-line in the hazardous terrain, limiting the effective striking capability of their superior numbers.

Follow the course of the battle by clicking through the different map layers!
You must only select a single layer at a time for the map to work properly.
Map will default to the LOWEST layer you have selected.

The result was an extraordinary upset victory for the Queen's Dirk. with three Fomorian Hornets sunk, three burned, three fled, and one taken as a prize. The prize-ship, the Dark Sword, was towed to Dragon Harbour, and later pressed into service.

The Queen's Dirk rescued the survivors of the wrecks and took them into custody in the brig of the Dark Sword. The ship was towed to Dragon Harbour, and ruled a lawful prize by the Admiralty Court of the Avalonian Navy. She was later pressed into service with a mixed gnomish and human crew.   The officers of the Starstrike Flotilla were ransomed back to the Fomorian Navy in late 5042. The remainder of the survivors, being commoners, remained prisoners of war until the end of the war.   The Battle of Wylinta's Rings was so disastrous for the Fomorians that it delayed their incursion into the Telasian System by several months. As a result, the Avalonian Telasian Fleet was able to complete its build-up before the Fomorians invaded the system, and the battlefront became the Telasia-Wyndsmere Passage.

Show spoiler
The crew of the Queen's Dirk were awarded the Bow of Herne for bravery, and a personal commendation from King Xerxes Radiant for their actions in the conflict. All surviving casualties among the crew and marines were awarded the Drop of Lugh's Blood for being wounded in a combat action.   Shaundar Sunfall was awarded the Wings of Rhiannon for his extraordinary Piloting in a combat action. Both he and Yathar Goldenbough, who took the lead in the boarding action, were promoted to Lieutenant.

The Battle of Wylinta's Rings became quite famous, and sparked several works of literature. The most famous was written by Midshipman Yathar Goldenbough, promoted to Lieutenant for his actions as a marine during the battle (see sidebar).

The Battle of Wylinta's Rings proved to Avalonian Star Command that the special training offered at the Avalonian Navy Elite Flight Academy, commonly known as "Aces High", was even more effective than they had anticipated. Efforts were made to expand the program to other systems, with significantly improved results for the Avalonians in the course of the war.   The Fomorian High Council learned that their older ships were simply not equipped for the task of dealing with the highly magical Avalonian Forces, and they stepped up production on their Ironclad Ships and Cannons, which made them a much more effective force in battle during the war. 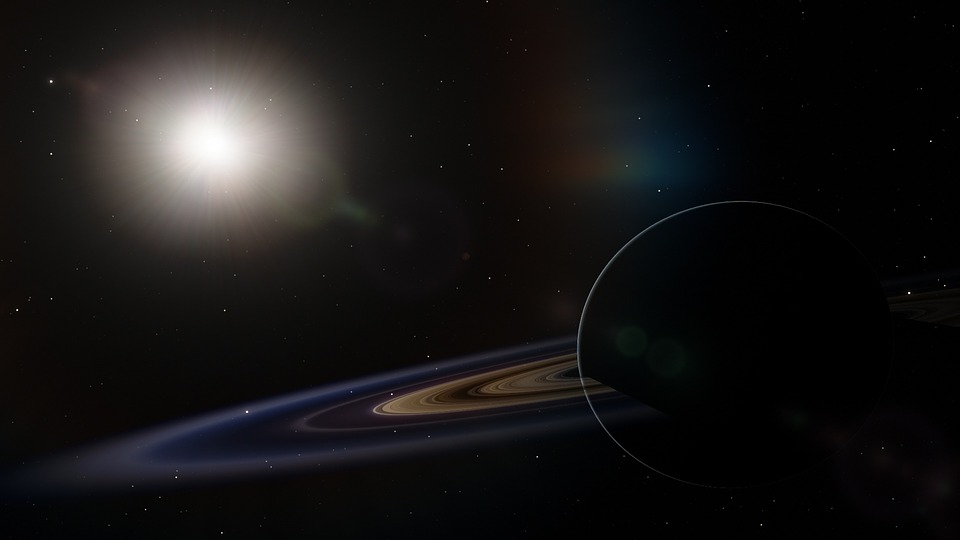 As we were sailing along the star sea,
We hadn't been gone months, not two nor three,
When we saw ten sail, ten sail of orc
All men-o'-war full as big as we.
"Haul down your colours, you Elvish dogs!
Haul down your colours, do not refuse.
Haul down your colours, you Elvish dogs
Or your precious lives you will lose!"
Our captain being a valiant elf,
And a well bespoken an elf was he:
"Let it never be said that we died like dogs,
For we shall fight most valiantly!"
"Go up aloft, you cabin boys,
And mount the mainmast, a topsail high,
For to spread the news to King Xerxes' fleet
That we'll run the risk or else we'll die!"
Well, the fight began about six in the morn,
And unto the orbit of the sun.
And at the rise of the next dawn,
Where we saw ten ships we couldn't see but one.
For three we sank and three we burned,
And three we caused to run away,
And one we towed to Dragon Harbour,
For to let them know we'd won the day.
If anyone then should inquire
As to our gallant captain's name,
Well, Captain Yvoleth was our commander
And the Queen's Dirk was our ship by name.
— Yathar Goldenbough, A.I.N.S. Queen's Dirk

Show spoiler
You can buy this track at Bandcamp!

Then Shaundar, still through Queenie’s senses, noticed Tyelatae. They brought her in on a stretcher, moaning and cursing in her particularly blue way. “Ma’am!” cried a tremulous voice Shaundar couldn’t quite identify. “Middie Vesper’s leg… it’s flat between her knee and her foot.”   Naliatha grunted. “That will have to come off. Get me the amputation knives and the nectar. Opium too, if we have it.”   “Ah, balls,” swore Tyelatae. “The war just started and now I have to go home?”
— A Few Good Elves by Diane Morrison

Elven Star-Pilot Shaundar Sunfall wants a chance to prove himself in battle. He's going to get it.

History
In response to the prompt Write about a conflict in your world known for being unprovoked or unfair.

The Toy Soldier Saga is copyright (c) 1995 by Diane Morrison. All rights reserved.
Cover image: Man O War 2011 by Silverblade the Enchanter
This article has no secrets.

This battle, and this filk, were inspired by The Royal Oak (traditional).

That was neat to read! I am wondering, however, couldn't you have done the map as fully-separate layers (instead of just the base layer), and attach each marker group to its individual layer? Haven't experimented much with maps so don't know if that would have helped.

I did that, actually. If you don't attach the marker groups to individual layers, then you get a list of both pins *and* markers in the hamburger menu, and you have to select them *both* to see what's going on. I tried reversing the order and weight of the marker groups and layers too, and it didn't seem to help. I know I must be doing something wrong, but I can't figure out what -- so I appreciate the suggestion, and would welcome more suggestions! Thank you for trying to help me figure it out!

Wonderful! I knew the song from the initial quote. I first heard it by Tinsmith. Well done turning the story into a space battle!

:D I hoped someone would recognize it! I have heard -- though I'm still working my way through the series and haven't made it there yet -- that this song also inspired a battle in Firefly. Thanks for the kind words!

The song was so cool to listen to after reading the article! What an amazing conflict - it's amazing the Queen's Dirk came out on top with the odds stacked against them like that. Really great job. <3