A sub-commander within the Navy, responsible for seeing the orders of command carried out

A Lieutenant is an officer who serves as an assistant to senior officers, or a commanding officer of a smaller craft, such as a messenger-picket, fighter craft, or a smaller warship (ie. a corvette) on picket-duty. It is the most junior of the traditional space officer's ranks in the Avalonian Imperial Navy. During wartime, opportunities for a Lieutenant to receive a warship command is much greater than during peacetime.   Lieutenants are rated according to seniority aboard an Avalonian Imperial Navy ship. A small unrated vessel might have only one Lieutenant, but a ship-of-the-line might have up to five, and a dreadnaught might have up to six. Lieutenants have a command order dependent on authority, and the most senior of the Lieutenants is referred to as the "First Lieutenant."   Lieutenant is the highest rank that a Ship's Druid can typically aspire to, and it is the usual rank of a ship's Star-Pilots. They may also command prize-ships, watches, or crews.   The original intent of a Lieutenant was as a "placeholder" to the Captain of a vessel, but over time, the role has evolved to fill in the middling range of command authority. Many of the traditional roles of Lieutenants have passed down to Ensigns.

Lieutenants must be recommended by their commanding officer from among a ship's Ensigns as candidates for command. Once chosen, they must pass an examination from the Navy Board to be qualified for the Lieutenant's Bar. This exam is an extensive test of a starfarer's spacemanship, mathematics, literacy, and navigational capabilities.   If they intend to serve as a Star-Pilot, a would-be Lieutenant also needs to pass a qualifying Pilot's test. This involves taking a small craft through an obstacle course, not dissimilar from the obstacle course that qualifies a candidate for the Avalonian Navy Elite Flight Academy "Aces High". There is also a written exam on ship recognition, starfaring engines operation, flight physics and metaphysics, and starfaring commands and technical terminology. Passing the Aces High course is considered the equivalent of passing the Pilot's exam and obstacle course with stellar marks.

Becoming a Lieutenant is a muddier prospect than many other positions within the Navy. Usually, a Lieutenant must have served at least a few years as an Ensign; however, some positions require a degree of command authority, and the candidate might not have any previous Navy service under their belt. Regardless, Lieutenants are still required to pass the Lieutenant's Bar.

Appointment is based on two factors: requirement of the Service, and belief in the candidate's capabilities as determined by the Navy Board. While this sounds egalitarian, in practice, it may mean that some Lieutenants are promoted who perhaps are not best suited to the position, while others who deserve promotion lag behind in waiting for an opportunity for years. First, a need must arise for new Lieutenants within the Navy structure, and second, the candidate must get the attention of the Navy Board.   This is one of the reasons that patronage is often sought among important families and officers associated with the Navy, and it is also the reason that advancement happens more quickly during wartime (greater need plus more attrition). It is also the reason that a Mention in Dispatches is so coveted among young would-be officers.   More often than not, it is young, aspiring noble scions who are appointed to the position of Lieutenant, which leads to accusation of "buying one's commission." This is not precisely accurate, but it is true that who you know often gets you farther than what you know, and nobles in the Navy command structure make a point of scratching each other's backs.   Note that field promotions to Lieutenant, while rare, do happen, and they are more often than not confirmed later by the Navy Board (as long as the new Lieutenant passes the Bar successfully.)

As fully commissioned officers, Lieutenants are expected to be the ideal of what is expected in command. They should always display courage and honour, but also an ability to be respectful and take orders. It is often said that as a Lieutenant, if you're not sure what you ought to be doing, you should yell, "Follow me!" and charge at the enemy.

A Lieutenant is expected to command their assignment, whatever that may be: from their watch, to the flying of their ship, to their artillery battery, to the healing of their Starseed craft, to the managing of their commanding officer's paperwork. A wise Lieutenant listens to the practical advice of their NCO to prevent giving any stupid or impossible orders.   It is also said that incompetent, cruel, or stupid Lieutenants die from wounds in the back with distressing frequency.

A Lieutenant is paid 101 to 225 Galaxies (platinum) per year, depending on seniority. 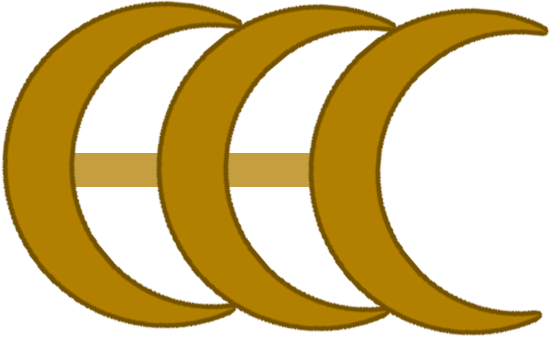 Lieutenant Rank Pin
Lieutenants are issued a standard uniform that includes silver-grey trousers, navy-blue dress shirt, navy-blue dress coat with white trim and brass buttons, brass-buckled belt and bandolier, sea boots, sword, and a Starmetal Talisman worn about the neck against a starched white collar, to provide them a short period of air and pressure, should they happen to fall overboard. They are also issued a white beret with blue trim, which is the main immediately-visible difference between their uniform and that of an Ensign.   If a Lieutenant is also a Ship's Druid , they are issued a white headband, which carries a live plant, usually a Starflower or other starfaring flora. The exact plant used varies with individual fleet tradition. A Ship's Druid does wear sword and bandolier, but this is often ceremonial, since their calling may require them to only use natural, unworked weaponry.   A Lieutenant-Pilot is also issued a silver-grey flight suit. The suit is designed to be loose fitting and comfortable, and may feature a butt-flap. There is a patch on the front with a metal chevron and button, which, on a Lieutenant's uniform, are both made of brass. Lieutenant-Pilots are also issued a shorter boot to replace the hot, sweaty sea boots, a bomber jacket with brass strips along the sides, goggles, and a silver scarf. These suits are more easily worn with the belt buckle version of a Starmetal Talisman, which is less constricting, and less hot and itchy, than the collar.   The rank insignia of a Lieutenant is a brass triple-crescent pin, worn at the collar of a coat or flight suit. Coats also feature an embroidered epaulet with the triple brass crescent, and this is also stitched onto the middle of the upper back part of the flight suit. For this reason, regulations require that a Pilot keep their hair off of their neck, exposing the insignia.   To more easily distinguish them from Ensigns, Lieutenant-Pilots are required to wear their berets with their flight suits.

A Lieutenant can be dismissed from service for inappropriate conduct, abusing their position, inappropriate behaviour, cowardice, or dereliction of duty, through a court martial. They can also be dismissed due to unfitness for service due to physical or mental defect.   As a commissioned officer, it is more difficult to dismiss a Lieutenant from service than an NCO. Demotion is far more likely, although due to most officers being drawn from the noble classes, this is viewed with a certain shameful stigma. 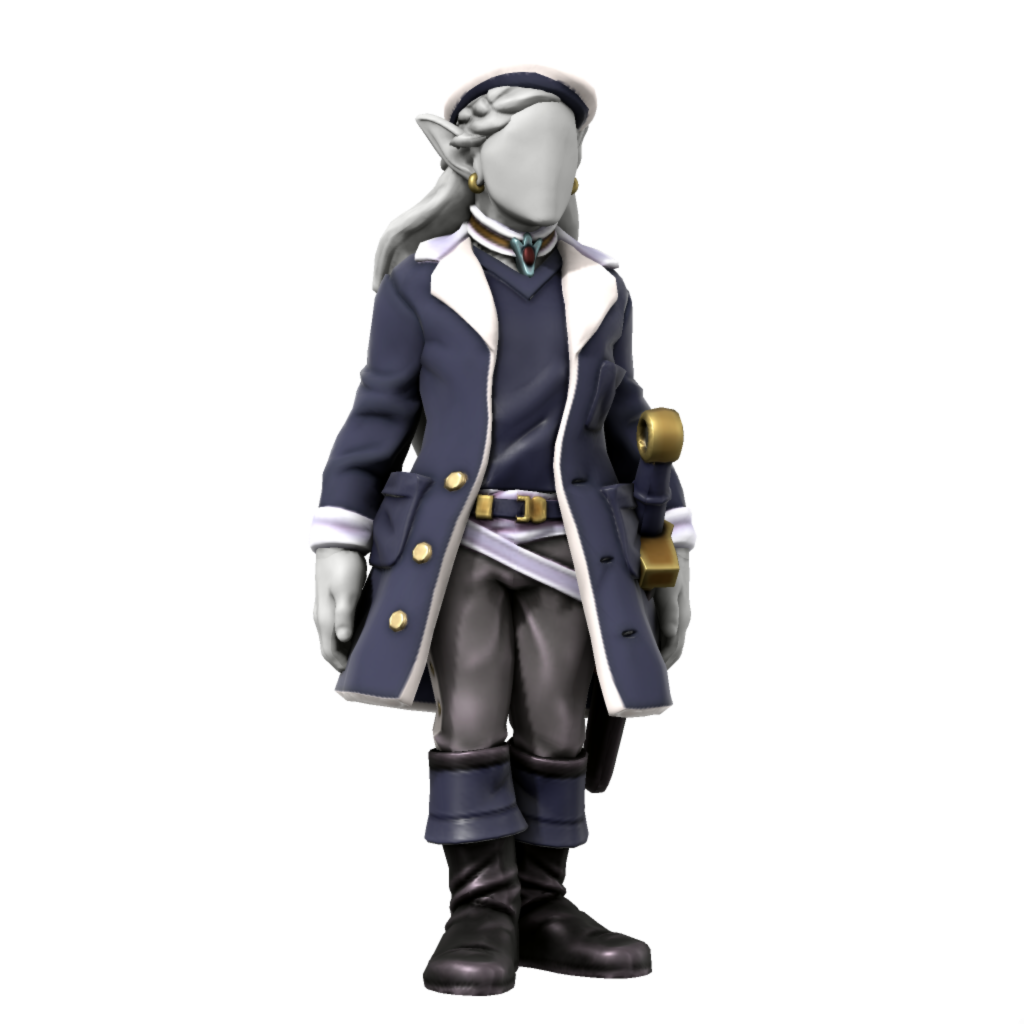 Basic uniform of a Lieutenant
Type
Civic, Military, Commissioned
Form of Address
Lieutenant, or sometimes, informally, "LT"; elan (sir,) elana (ma'am) or elanan (non-gendered term of respect)
Alternative Naming
First Lieutenant, 1st Lieutenant, Senior Lieutenant
Equates to
Marine Lieutenant
Source of Authority
Star Command
Length of Term
Indefinite -- For promotion above the rank of Lieutenant, an officer often requires the patronage of an Admiral or political influence, or must distinguish themselves in some extraordinary manner as an officer.
Reports directly to
Commander
Related Organizations

Lieutenant Sylria caught up to them both a few minutes later. She watched as they began hauling the carefully folded sails from their shelves, folding her arms and leaning against a bulkhead.    “Are you lads actually old enough to be on this ship?”   “You have to be at least forty years old to join the Avalonian Imperial Navy, elana,” Shaundar said carefully.   She eyed them with skepticism. “Well, stick with me when trouble comes, lads. Keep your heads and you’ll do fine.” She walked over to bend beside Yathar, grabbed an edge and said, “Haul away, lad!”
— A Few Good Elves Diane Morrison

Then the Glimmerfell Fleet Admiral said, “Ensign Yathar, and Ensign Shaundar Sunfall, please step forward.”   Shaundar and Yathar looked at each other with a questioning glance, but, finding no answers there they stepped forward and saluted.   Lady Evenstar smiled and the corners of her blue eyes crinkled. “For cool command under fire, on recommendation of your Captain, you are each being awarded a battlefield commission to the rank of Lieutenant. Congratulations, Lieutenant Yathar, and Lieutenant Sunfall.”   It was Admiral Lord Elkshorn who stepped forward to present them each with the Lieutenant’s brass triple-crescents. As Shaundar saluted him and he fastened the insignia onto Shaundar’s collar, he smiled and gave him a barely-perceptible nod of approval.
— A Few Good Elves by Diane Morrison 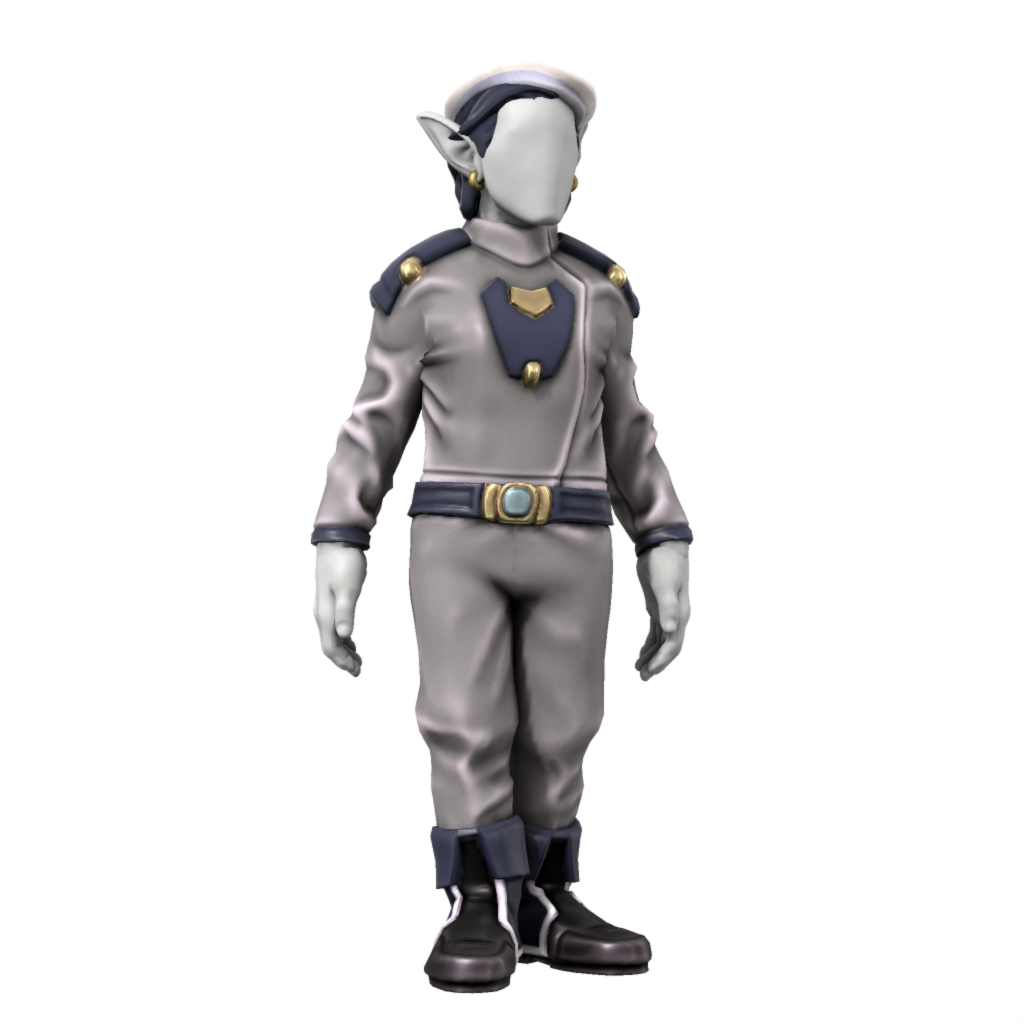 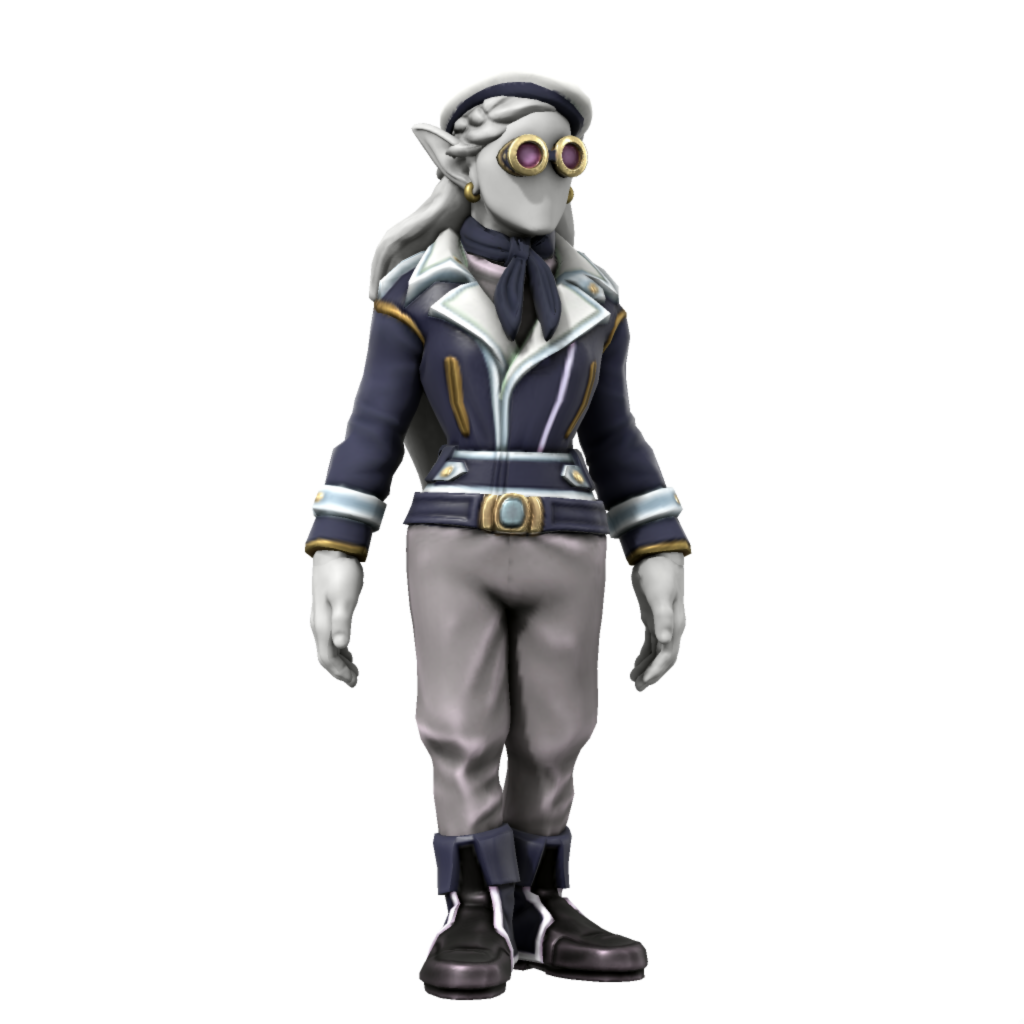 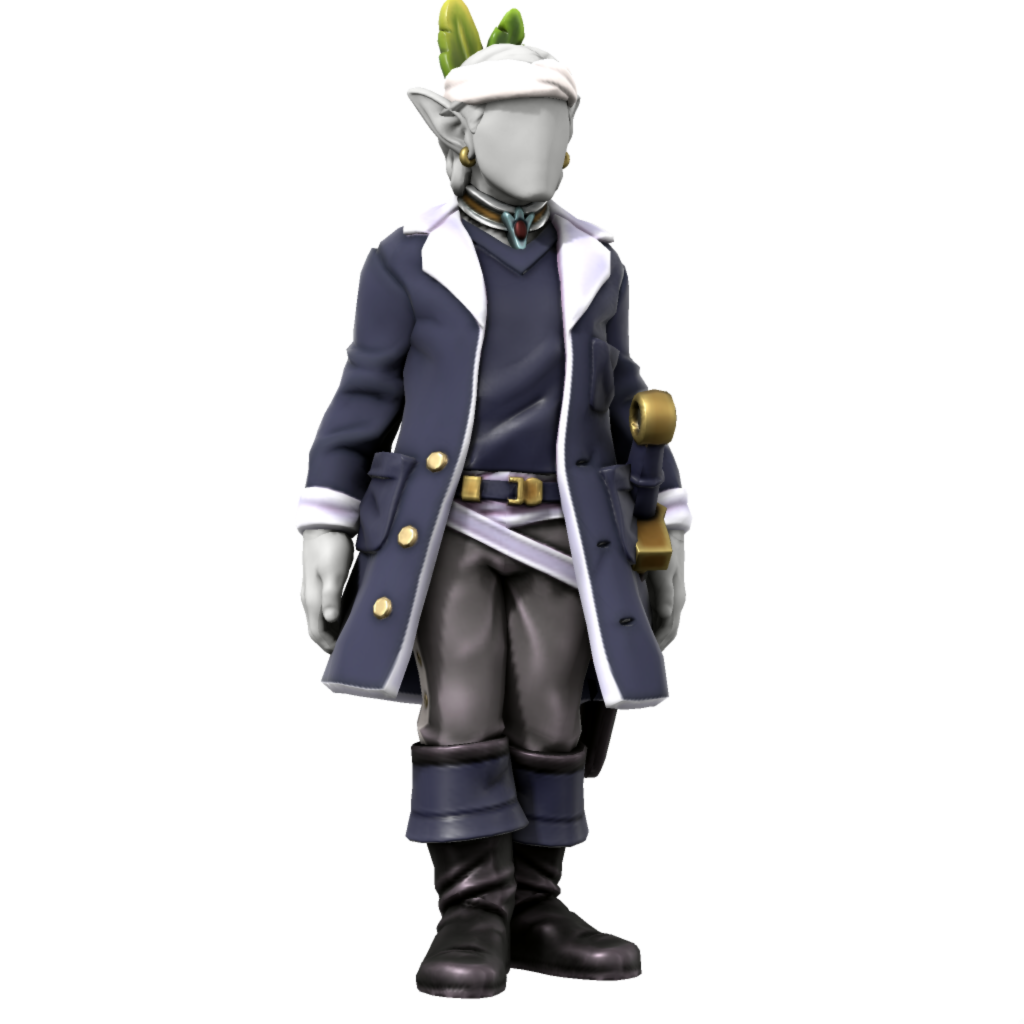 'It is also said that incompetent, cruel, or stupid Lieutenants die from wounds in the back with distressing frequency.' A mystery indeed.   Really detailed and interesting article. I love how much thought you've put into the navy. :)