Deep in the shadows, a lone figure reads from an ancient book and draws a dagger across his palm. As the blood drips, a quill is dipped and a shadowy contract is signed.

The language is unknown to virtually everyone save those who have made pacts with demons and the demons themselves.   The many demons in Therian Hell have written communications and contracts with each other and fully utilize this language of their own creation.   There are many documents and manuscripts on the surface world written entirely in these strange symbols but only those who have dedicated years can read or write it fluently. Unless there is a need to communicate with a demon directly or fully understand a contract they signed with one, many would just resign themselves to their fates.   What some may have seen of the symbols are strange altars, scraps of paper or someone who may have a scar with something vaguely resembling one of them.   There seem to be 30 to 40 characters in total but it seems some of them may represent numbers as well as letters. What may be far less well known is that some of the symbols are directly tied to the Demon Lords and should not be written in conjunction with a blood magic ritual without expecting something horrible to happen.   Some people have managed to successfully contact one of the Demon Lords but few have lived much of a life after. Rumor has it that one individual, The Black Hand is in league with no less than three in a grasp for power unseen on the surface world in recorded history.   Her communications and fluency remain a secret but it is expected to be revealed in the very near future.
A portion of the code 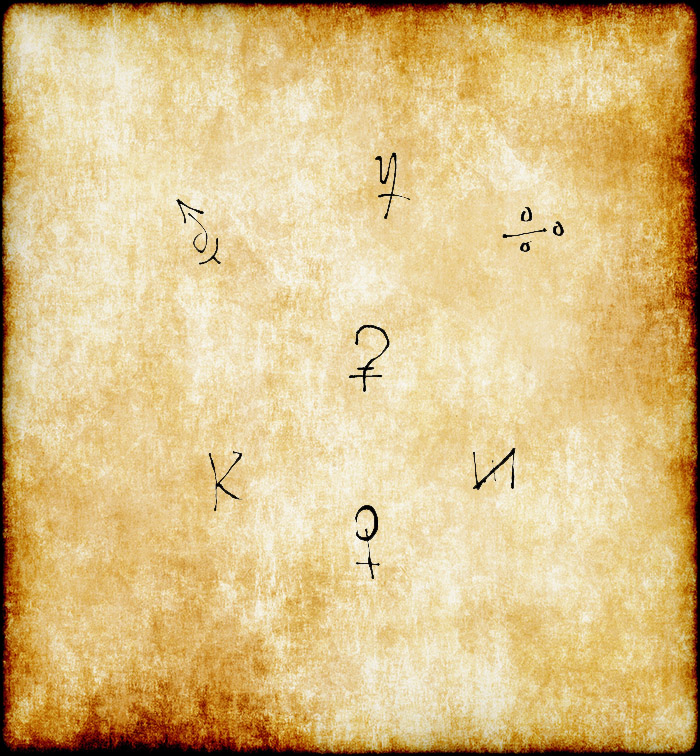 Demon Code by Steve Tremblay
For more information on the Demon code and The Black Hand, see the NOW AVAILABLE! book The Adventurers Guide to Theria vol. 1: Ellara
Living in Theria

Answering: "Write about a secret code or cypher in your world: who uses it, and for what purpose?"
Visit Steve 'twg''s Competition Page Check all other answers to this prompt Competition Homepage

Oh, that's really interesting! But does that mean people sign contracts with demons without knowing what the contracts say? That seems risky indeed :D   Are there any magic that effects it? (translation spells and the like) Or critters that offer (or claim to offer) translation services? :D