The once-Aragonian woman known only as Lenora is likely the second most powerful individual of the Defiled, succeeded only by Lady Defyll herself.   Lenora was one of the first Defiled to rouse from her death throes as an undead, after the Shardplague. Instead of falling into madness and despair as so many who suffered the same fate did, she instead found her resolve and began to travel the Greywood to collect and unite her brethren, becoming a dim beacon of hope. As her ranks grew, she and her people began to piece together what had happened to them... one moment, dying in agony by a virulent plague, the next, rousing into consciousness into a cold, undead body. Soon, mindless undead descended into their midst, attempting to destroy them. Lenora, again leaping into action, gathered up arms against their predators and defeated them.   Her bravery, combat prowess, and unnatural calm in the face of unspeakable horrors soon became a focal point for the Defiled people and they rallied behind her. Soon, she and her band found Lady Defyll (and her followers) and joined forces, creating the unified population of the Defiled we see today. Since then Lenora has been the right-hand of the Queen of the Defiled and carried out defense of her people and lands.   Lenora has retained a strangely large amount of her humanity, expressing wit and even humor, dark though it may be. She cares greatly for her people and will stop at nothing to protect them. Despite her martial background, she does prefer to end conflicts peacefully, if at all possible, even if that is rarely an option against the undead sent to attack them by Ash Mo'dan. She bears no hatred of the living, only a healthy does of suspicion and caution. She, like most Defiled, still understands how they appear to the living Races of NewGen.   She has a number of Fleshcrafted enhancements to her body, all of which are kept secret, but are rumored to be unique or even experimental.   Lenora wears magically enhanced leather armor and wields a customized, and extremely powerful, Spark rifle, capable of blasting the living and the dead with equally devastating force.   After a historically significant encounter with the living adventurers who earned the title of 'The Undying' in service to the Defiled people, she had a Fleshcrafter reconstruct her face and body to appear more lifelike and whole. Rumors swirl if this was for the benefit of one 'Theron the Assassin', a member of the Undying.   She is currently in D'Kae, the capital city of the Defiled. 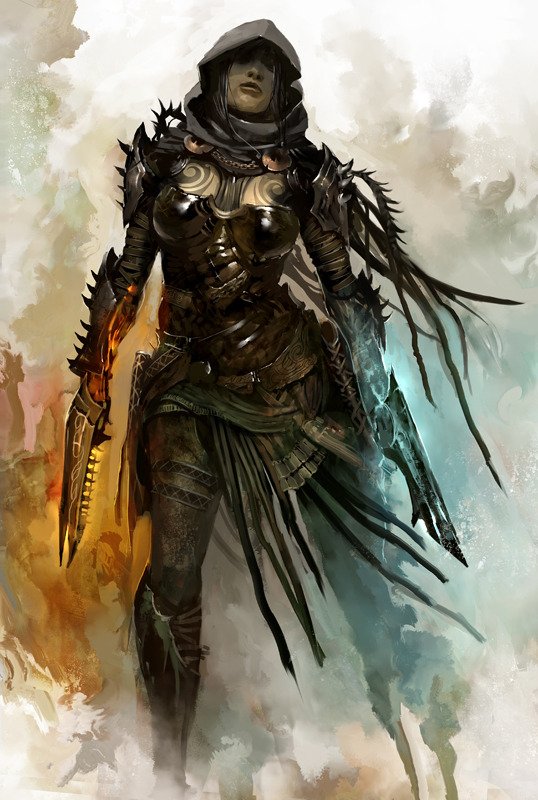