Over a thousand years ago, solemn monks from an obscure Aragonian order were charged with hiding and protecting the Shard of Disease from those who would attempt to recombine the Empire. When the Illithid-spawned Darkness began to spread across the surface of the planet, the Shards, infused with the permeating evil, sprang to malevolent life. The Aragonian monks were quickly overtaken by an unstoppable plague. The abandoned city-temple lay deserted for hundreds of years... until an enterprising (and quite mad) Aragonian inventor needed a quiet, faraway place to experiment with his new method of controlling electricity. Hitching a ride with a small band of Aragonian religious pilgrims to South Drak Isle, the inventor and his assistants were quickly forgotten by the Aragonians. In the meantime, the Zamberian Lich, Ash Mo'dan, was busy readying his plans to exact revenge upon the living on the surface world. Sensing the presence of sentient life far to the south of his underground lair, Ash Mo'dan began to formulate a plan to greatly expand his army of undead. Using the latent necromantic energy still present within the city-temple that now once again held pious Aragonians, Ash Mo'dan unleashed a devastating wave of necromantic energy with the hopes of slaying all living things on South Drak Isle only to raise them as undead servants. Unfortunately for the Zamberian Lich, the Divine nature of these Aragonians disrupted the carefully calculated matrix of necromantic energy.   Once again, the city-temple was shrouded in death... but this time, the dead awakened to find themselves aware and thinking. They were still themselves, even after such a horrible transformation. Enraged by his failure to subjugate the newly undead Aragonians, Ash Mo'dan began a campaign of destruction upon his creations. Undead or no, the pilgrims still had their superior technology and bravely fought back against the mindless undead hordes that Ash Mo'dan relentlessly threw at the besieged city.   Horrified at their new condition of being powered by negative energy, the pilgrims turned to their resident mad inventor for answers to their plight. Desperation, along with his recent first-hand experience with undeath, and combined with his research into the electricity that powers living tissue, brought the scientist to the conclusion that it was indeed possible to replace their bodies energy source (evil Negative energy) with this 'spark of life'. Soon, volunteers began to line up for the process. After years of failures and the creation of countless abominations, the process was successful. Now, the Defiled Aragonians were no longer shackled by the soul-twisting evil of Negative energy. They could now sever their link to the Plane of Negative Energy and could power their bodies with Spark that was harnessed from the vats of specially grown living tissue.   Soon, the Defiled had transformed themselves from simple Undead into the masters of Spark and Fleshcrafting. The temple-city was soon covered with the fruits of Defiled ingenuity: sparking flesh-vats and the dark metallic cables that ran the Spark all across the city to power the ubiquitous convulsions of Necrotech machines. A dark, life-choking miasma hangs over the land. Motes of semi-undead flesh float aimlessly in the air like a plagued snowfall. After several hundred years of barely clinging to the hope of a continued existence, The Defiled have now made a place for themselves in the world. How the rest of New Genesis will react to these undead powered by the Spark of living flesh is anyone's guess... but if history is any indication, it will not be an easy time for the Defiled. 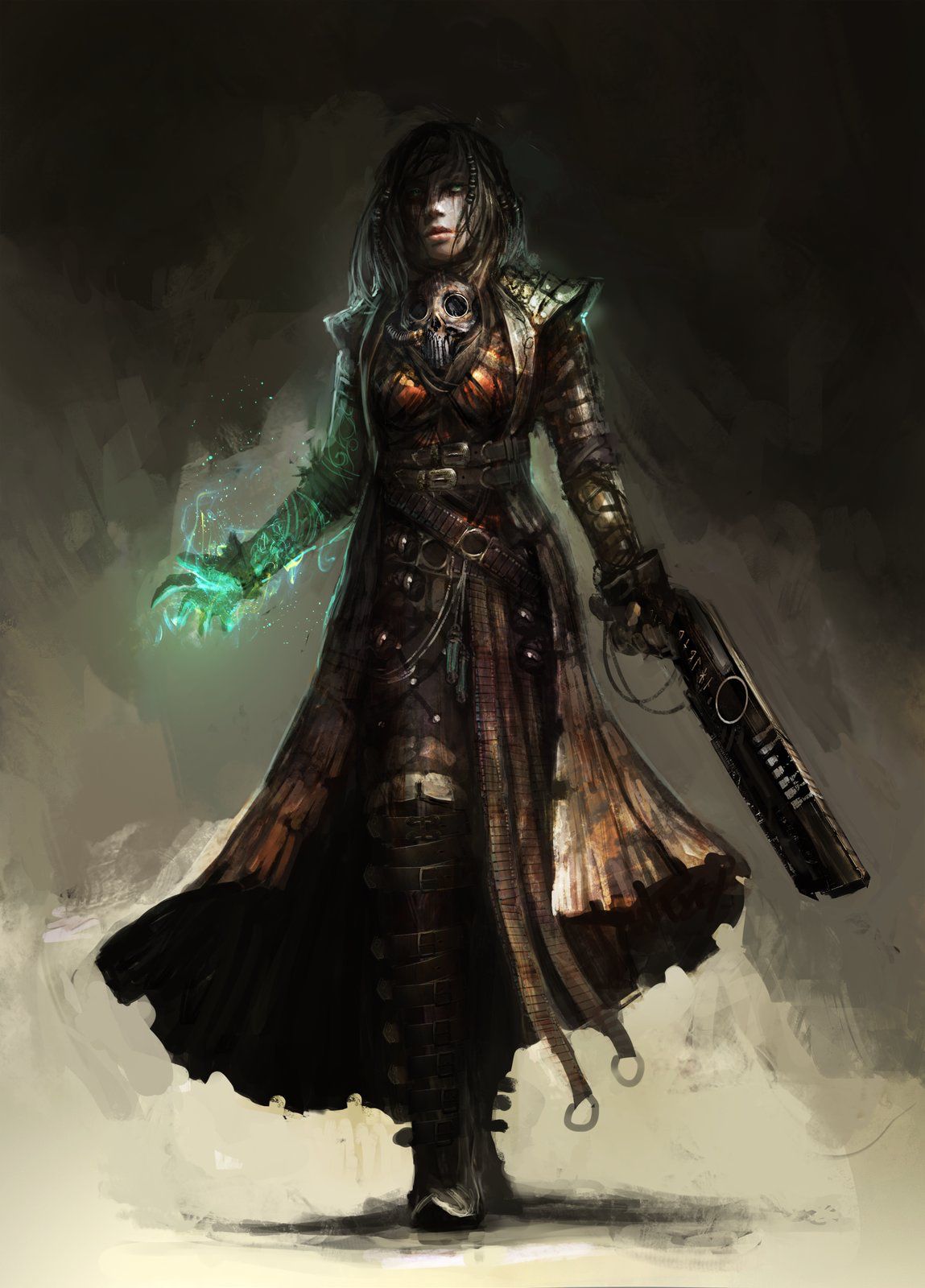 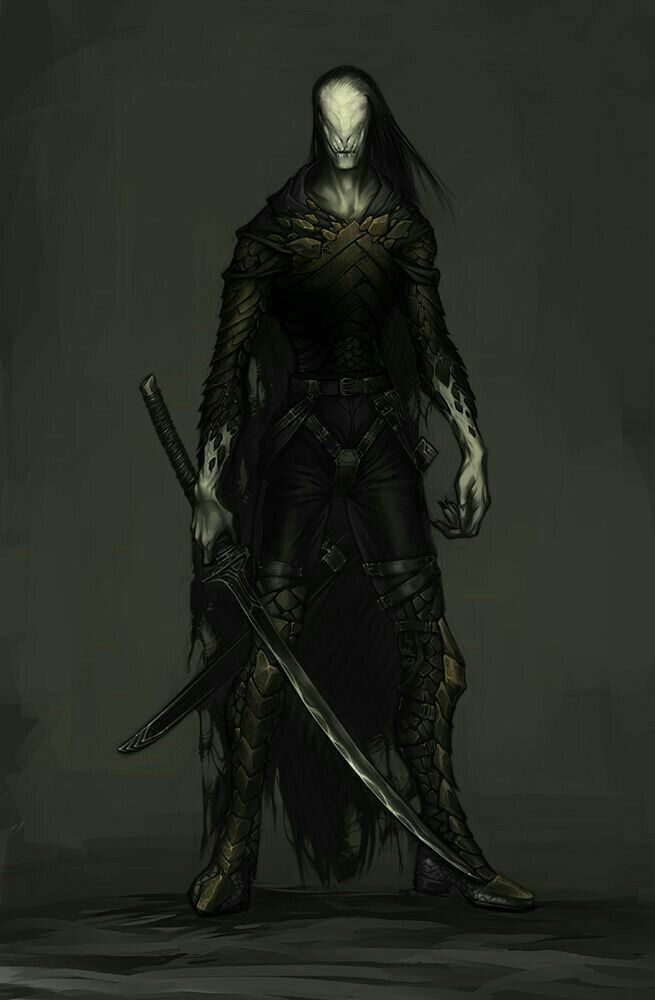 Personality: Being descended from religious outcasts originally, later becoming isolated from their parent culture for generations, being defiled with the curse of undeath and then finally altering their physiology to something completely unique to the known world has taken a vast toll upon the Defiled psyche. Having to grow, manipulate and devour living flesh for sustenance does not exactly engender a great of sympathy for other creatures, nor does having a predominately Aragonian ancestry. Although no Defiled could be considered "cheerful", there is still a wide range of personalities among the Defiled populace. Patience and calm are traits that all Defiled carry... being immune to almost all maladies that plague the living and being nearly immortal in the presence of a supply of Spark, has given many Defiled an unworried outlook upon existence. The fear of reproach from the other races of NewGen is another driving force behind the Defiled mind. The Defiled understand that they are indeed "monsters" in many senses of the word and that there are vast numbers of "kill the abomination first, ask questions later" individuals out there. The feelings of shame, fear, curiosity and self-preservation form a complex and varied personality pool among the Defiled.   Physical Description: Defiled have the luxury of being extremely malleable when it comes to their physical appearance. Being undead, nearly immune to pain and without the need of their internal organs allowes the Defiled Fleshcrafters form the Defiled form into almost anything imaginable. With the use of Necrotech and Fleshcrafting, even the frailest Defiled can be made into a muscle-bound hulk or the most badly decomposed and hideous face made beautiful and whole again... or even a normal face turned into the most horrifying visage imaginable. Unmodified Defiled flesh is dark grey (a trait of their Aragonian ancestry), tough, leathery and drawn. In many ways, an unmodified Defiled appears to be nothing more than a desiccated Aragonian zombie.   Relations: Currently, Defiled relations with the other major races are either sporadic or nonexistent. The Zamberians are the only ones with any real knowledge of the existence with a strange, new undead race far to the south of their kingdom. Although several ambassadorial envoys have been sent to the other Races, none have yet returned. It is presumed that they were destroyed before being able to deliver their messages of political greetings. Knowing how the other Races will normally perceive them, Defiled who travel abroad take great care to disguise themselves with skillful use of Fleshcrafting or Illusionary magic.   Alignment: Most Defiled are, in some way, Neutral. The individuals that are exceptions to this are usually considered eccentric at best or insane at worst.   Defiled Lands: In a perpetual cloying darkness filled with floating motes of flesh, the Defiled city-state on South Drak Isle is deadly to the unprepared. Surrounding the main city of the Defiled for miles in every direction is the Greywood, a dusky zone of dead, grey trees and strange necrotic, half-alive animals and creatures. A deathly pall hangs over the entire land, and antithesis of life. All plants and animals for leagues in every direction have been altered in some horrendous fashion by either the initial plague or the subsequent experimentation by the Defiled. Without the proper abjurations, a living traveler to these lands will quickly and painfully perish long before spying the Defiled home city in the center of the miasma.   Religion: Feeling as if they have been forsaken by anything good, holy or pure, few Defiled hold any sort of religious beliefs. However, there are a few isolated cults that worship the deities of Death within Defiled culture.   Technology: (See Necrotech and Fleshcrafting)   Language: Although the Defiled had believed that they were still speaking perfect Aragot, an outsider has recently revealed that the Defiled have corrupted the language to the point of it becoming something entirely new. This new language has been dubbed "Rot-tongue" by the outsider and the Defiled have made no effort thus far to call it anything else.   Names: Having roots over 500 years old, many Defiled names sound ancient, eldritch or nonsensical to people of the modern Races. They have a distinctly "old-world" feel to them and often sound like words to an ancient, forgotten magical incantation.   Male Names: Adamus, Aegidius, Edrus, Felix, Hericus, Hugo, Lucas, Lux, Mycaelis, Octavian, Phineas, Toma, Unus, Xen, Zandic   Female Names: Adria, Ardra, Beatrix, Caelia, Dulcia, Defyll, Desmond, Eva, Fedilia, Hannalor, Misericordia, Sibylla, Ursula, Xylla   Family Names: Cah'Perr, D'Kae, D'Spahr, D'Scord, Kef'Kah, Shil'Narr, Span'Narr, Van'Nish   Adventurers: Surrounded by enemies and searching for acceptance from the other Races of the world, the Defiled have had to emerge from their centuries long self-exile. Ambassadors, explorers, warriors, defenders, scientists and magic users alike all have many reasons to leave the dark lands of their home. Needing little in the way of food, shelter or other creature comforts, riches rarely play a part in the adventuring Defiled's life, unless they are a means to an end. Glory and honor among those back home amid Greywood could have an appeal for certain Defiled. Whether searching for new ways to improve their condition, combat the forces that would see them destroyed or tentatively reaching out to the other nations, Defiled adventurers have a long, arduous road before them.