Where was she born? Near a small village with mostly farmers, a tavern and a blacksmith. De castle of the landlord you could see in the distance. And the was a herbalist living together with a hunter outside of town with were her parents   2. Who are the Parents? Her mother (Odell) was elf and run away from de strict rules form home. Her Father(Nick) was a human and learned hunting from his father before him. They met when Nick thought Odell was attack by a bear, but she was helping de bear with a wond.   No other known family   3. What was she doing before Lvl 8? Her mother was loved by the town for her wonderful remedies and her father was the hunter for the lord and get a desent amount of coin or food for his troubles. So live was good till the age of 8 year-old Zahira. But then her father was recruited to War. Years when by and on his leaves he learned Zahira to fight at disappointment of her mother. Her mother tried to teach her to be a healer, but Zahira like the fighting better. Zahira started to get in trouble of starting fights with the boys in the town.   But it really got a problem when her father died in Combat. Her mother got sick of the heartbreak en lose of her lover. Now with little income Zahira tried to do her mother and fathers work, but was not good enough. Starving she started to break rules to get around.   4. Why leave it all? & 5. What does she leave behind? A the age of 16 her mother died as well, and not felling welcome in the town, Zahira packed her bags and sold her home.   6. What does she want? In search to a beter live with nice food, drink and a good fight.   (CONNECTING TO THE PIRATE GROUP) 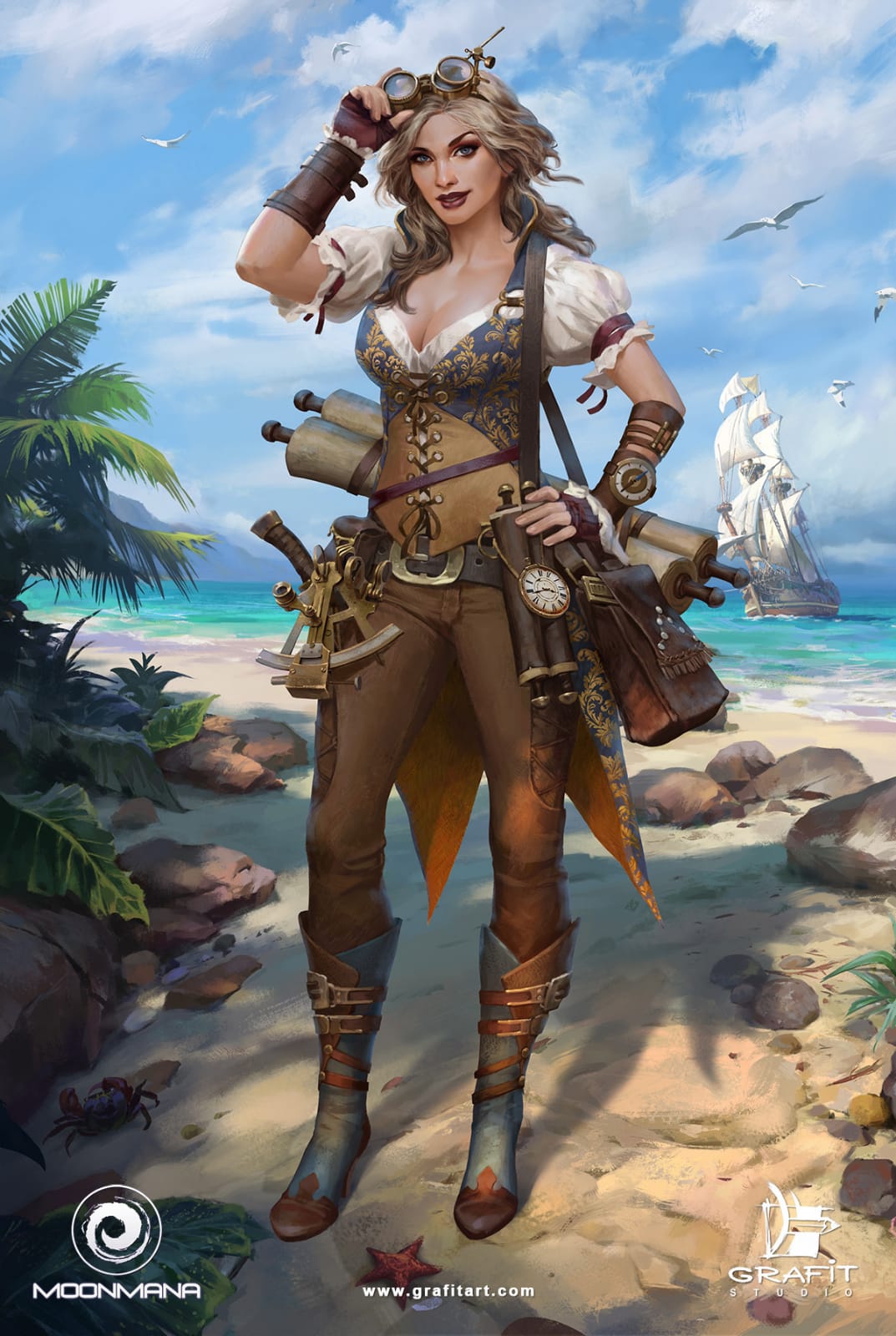