A criminal mastermind who specialized in corporate espionage, the White Cobra is now the leader of a gang on the rise in Edge City.

White Cobra is tall and athletic, well muscled and lean. While not as active as she once was, Cobra stays in shape to be mission ready at all times.

White Cobra's beauty is part of her reputation, and she has never been afraid to use it to gain an advantage when she can. Cobra has bright eyes, high cheekbones, and disarming smile.

White Cobra has quite a few cybernetic and bionic enhancements, including sub dermal armor plating, electronically enhanced reflexes, and bionic eyes. She is an expert thief, hacker, and marksman. Through her network of spies and own hacking abilities White Cobra has discovered sensitive information on just about everyone who's anyone in the Spiderweb. Her ability to blackmail some of the biggest players in the Spiderweb keeps her mostly safe from danger, and allows her to life a very public life as a fixture of Edge City nightlife.

White Cobra is an underground style icon, and is often seen sporting wild, high fashion designer garments. Her colors are white, purple, and gold; those colors appear in her clothing and on her armor, and are used heavily by the whole of the White Cobra Gang.

Deana Brady was born in The Canyons and raised in abject poverty. She ran away from home as a child, and learned to survive on the streets, stealing to eat at first, and then for profit. She was recruited into Las Plagas by the Wraith, an expert in corporate espionage. He saw potential in young Brady, and trained her well. Soon she was accepting her own contracts under the alias, White Cobra, eventually leading her own crew of young rogues. Cobra had ambitions of her own too, and after years of being hired out to mega corps by Las Plagas she began taking steps to cut out the middle man and develop her own contacts at Zaibatsu Tech. With a source of revenue secured, she began to poach some of the best talent Las Plagas had to offer and left with them to form the White Cobra Gang.

White Cobra refers to herself as morally promiscuous, and considers herself a good person while being willing to lie, cheat, steal, and kill to get what she wants.

White Cobra has a reputation for wild nights full of drink, designer drugs, and casual sex. While known to frequent the most exclusive clubs in the city, White Cobra loves to go slumming in The Outer Loop or The Canyons, but wherever she goes her head of security, Stitch, is there to keep her company and keep her safe. 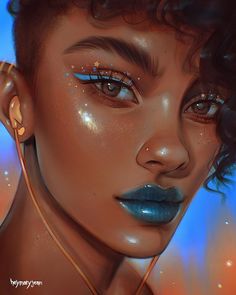