Nox can generate and manipulate clouds of radioactive gas, corrosive enough to melt steel and deadly to inhale. He is always generating trace amounts, which means he can't spend too much time around people without making them sick. In battle, he will summon a large cloud of toxic gas around himself, then form it into tendrils or fire smaller clouds like projectiles.

Nox grew up in The Lowlands, and first manifested his Shifted while a student at Kwanchai Q. Degrassi Secondary School, when he released a toxic cloud that killed half the Judo team. He was picked up by some recruiters from Las Plagas, and joined mostly because they promised to keep him out of prison. Nox had almost no control over his powers and proved to be more of a liability to the gang, he was headed nowhere fast when he suddenly disappeared. Not that anyone looked that hard, but he had vanished without a trace. Then almost a year later Nox returned, more powerful than ever and with full control over his abilities. He never speaks about what happened in the ten months he was gone, and it's possible that higher ups in Las Plagas have heard the story but no one else has. Nox easily rose in the ranks of the gang, earning the rank of Street Lieutenant. The Red Spider personally tasked him with operations in the Canyons, now the stronghold of The Syndicate. 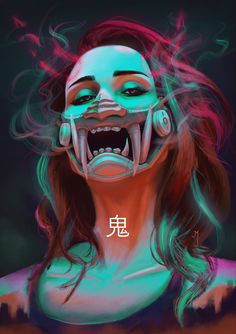