Boarder Image is an oil painting depicting the Triumph of Archduchess Isabella in the Brussels Ommegang of Sunday, 31st May 1615, by Denys van Alsloot, 1616. Reproduced here in accordance with the T&Cs on V&A Collections Online, Museum number: 5928-1859

...To suddenly see ten large horses, dressed as dragons with men astride their backs, riding towards you - it feels as though the König's Dragons themselves are riding through the streets once more! Behind them, six more horses pull a colossal stage, playing out a scene of when König Elias was forced to kill his own, rogue dragon. Some clever carpentary has ensured that as the wheels of the wagon turn, the huge dragon recoils and lunges in turn. The actor jumps and rolls and brandishes his sword, all to the delight of the roaring crowd!
— Oric Kuttner

Kredashmi has four public holidays: Empire Day (on 17th Fourthmonth each year), Coronation Day (this changes dependant on the current monarch), High-Summer Festival and Mid-Winter Festival. The streets of the capital blossom with colour: bunting and flags criss-cross the streets; flower displays are set up in the squares; and street vendors flaunt their wears under bright banners.   The main spectacle of the events are the peagants. These are procession of theatre scenes, built onto huge wagons that are pulled through the streets by teams of horses. Each procession is given a theme that changes year to year, save for the Coronation Day procession, which is a tableau of stories from the lives of the great Kredasene Königs of the past. Typically, each peagant is a scene in a single narration or play. The city Guilds typically sponsor a single scene, paying for the outfitting of the wagon, the actors and the horses. There was a competition awarded for the best peagant wagon, but this had to be halted in recent years due to bribery, intimidation and murder.

The Raskvaerii authorities in Kredashmi are largely ncomfortable with what is seen as lewd, heretical plays. For this reason, the peagants paraded through the city on Empire Day are hagiographical in nature. These displays are markedly popular than the traditoinal processions. During the early days of the Raskvaerii morality plays, fruit and vegetable sellers were banned from operating on the public holiday, and were warned to keep an eye out for "unnecessary stockpiling of goods" by their customers in the days leading up to the event...

You remember last year, when ol' Saint Timofei caught a rotten apple to the back of the head? Ha! Them Saint-Servants never mention nothing 'bout how He could fly! He landed on that group of 'prentices, and started handing out punches like it was a family reunion! 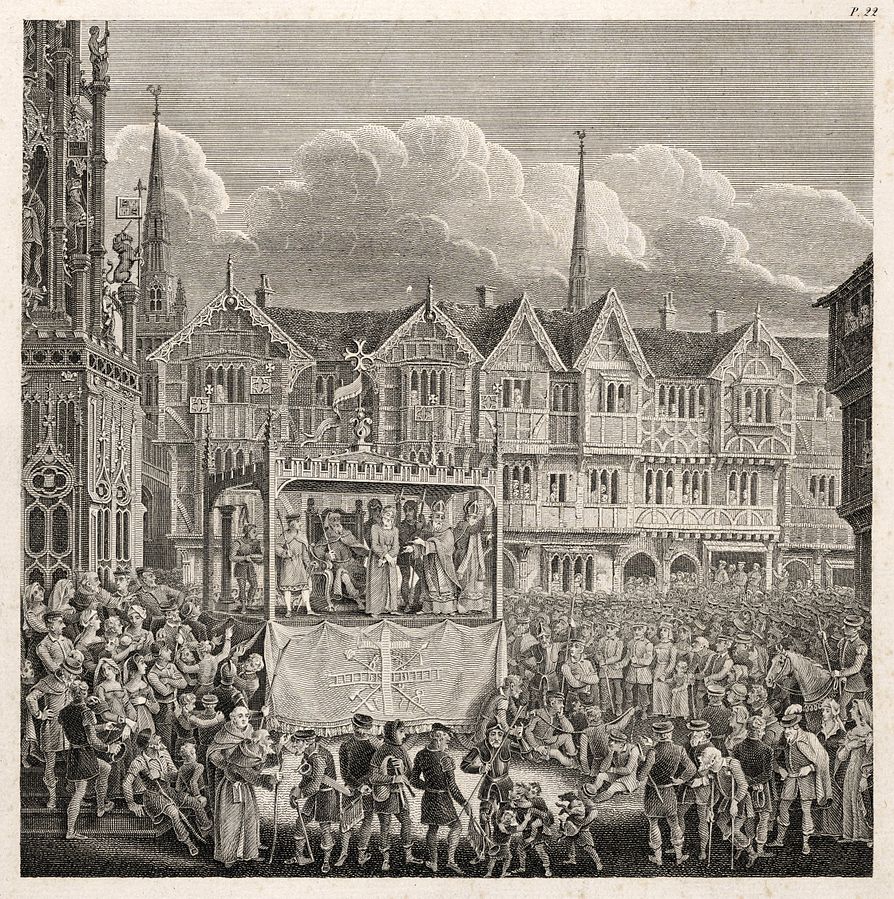 "...Of course, the Raskvaerii decided to take this beautiful artform and transform it into a hideous lecture on morality."
— Oliver Starsmann.

Answering: "Describe a vehicle in your world that brings joy wherever it arrives."
Visit Brinsmead's Competition Page Check all other answers to this prompt Competition Homepage
The Sorrow of Souls Quartet © Caitlin Phillips 2020
Images © Caitlin Phillips, unless otherwise stated
Default cover image by Michael Schaffler at Unsplash

Ah this is a great idea! I love the idea of the pageants, and of course the Raskvaerii ruined it. XD

Thank you! I think the Raskvaerii Morality Pageants spark joy because the Kredasene like to ruin them by antagonising the actors and sabotaging the wagons...

Hahaha that would spark joy for me.