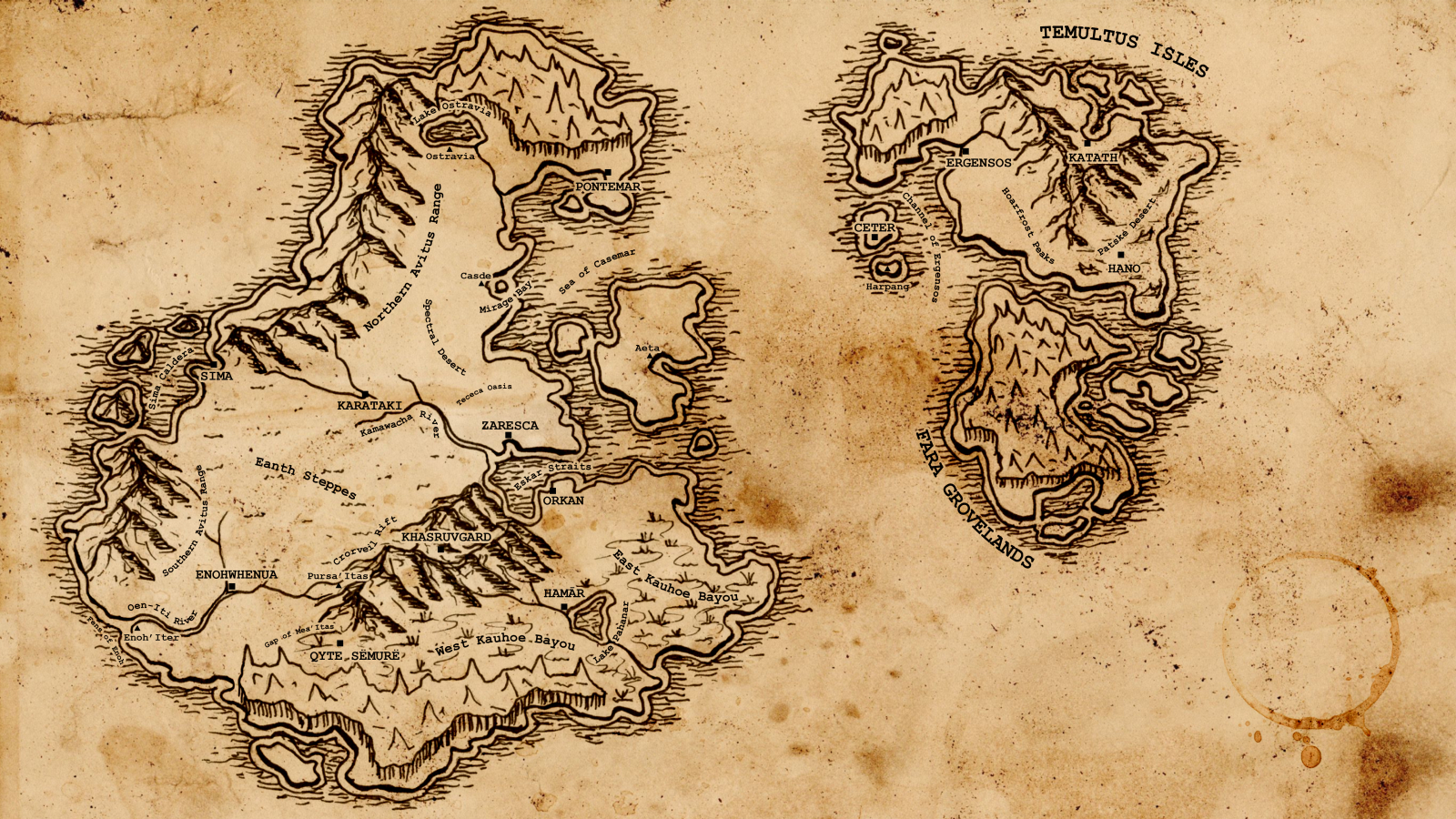 Lewis Daws
"Sacrifice fuels the slaughter"
A world where magic is fuelled by life essence, where the local grain harvest isn’t necessarily for food, but for this valuable essence it holds - known as Vitus. A planet that is harsh, in every sense of the word, in every biome. Life has evolved to withstand the harsh conditions – plants that encase themselves in stony outer shells, animals that secrete resin for protection. A mage can only hold so much Vitus within himself, and so to cast powerful spells, requires sacrifice, whether in the traditional sense, or by decimating the area around themselves.   Wars don’t just end life, they destroy the landscapes they involve. They aren’t fought over manpower, but over stocks of this magical essence. The world is layered with an underground network of caves and tunnels, known as the Underdepths, that link every conceivable city or place of relevance. Many caves are flooded, either completely or partially submerged, allowing ships to travel the haunting darkness. The Underdepths link the unknown horrors beneath with the precarious civilisations above. Political upheaval causes once great cities to collapse, as instability sweeps the world, fuelled by a resurgence in Vitus hotspots that send ripples of power outwards.   A realm of exploration, where even the safest journey is a calculated risk. Merchants travel the abyssal waters, the fungal steppes, and the creaking deserts - but not all survive to see their profits. Hordes ignite giant clouds of fungal spores to lay waste to entire populations, toxic miasma is spread across continental winds to infect all life, and huge caverns are collapsed to cause the cities above to cascade into oblivion.   This world accompanies and hosts a fantasy novel, a series of Pathfinder campaigns in its 4th season, and a conversion rule book for use in DnD 5e and Pf2.
The Realm of Antir Discussion Boards

The Realm of Antir has 1 Followers