Hello, is this thing working? I hope so, it's getting a little bit discoloured...Listen, the caves are getting overrun, and it's not safe. If you're hearing this, run as far as your wee legs can take you.
— Veras Crystal found in the Sazedi Mines

When Renathians try to find ways of recording things, they usually reach for parchment and ink. But even the best-quality parchment is flammable and will degrade over time. And while the best stories and information can get passed down through word of mouth, it's never quite the same as getting the knowledge first-hand. That's where the discovery of the Veras Crystal comes in; these remarkable minerals can store vibrations in the air, most notably a person's voice.

The first Veras Crystals were found in the depths of the mines in the Dirtakal Peaks region of Renath. Miners noticed that the crystals formed in clumps of blue and green and, when they were spun, the blue crystals would begin to pick up sounds in the air and change colour to green. When the green crystals were similarly spun, they would begin to play stored sounds, often the sounds of bats, water dripping or, rarely, even more unsavoury things...   Very soon, some of these mines began to be dedicated to the extraction of these crystals, named for the town which became famous for them. Scientists from across the world ordered the transport of the crystals to their laboratories and classrooms for the purpose of recording their work, and some poets and bards recorded their songs on them. This began to change the culture surrounding primary sources on Renath, as people now had the ability to talk about an experience at the exact moment they were experiencing it. While the crystals could be edited or tampered with, maybe even copied over, it was much more durable and real than paper ever could be.

Ohhhhhh, I could see her theeeeere, in the dark of the moooooooooon, the light of my liiiiiiife.
— A famous Ramoan love song recorded onto a Veras Crystal 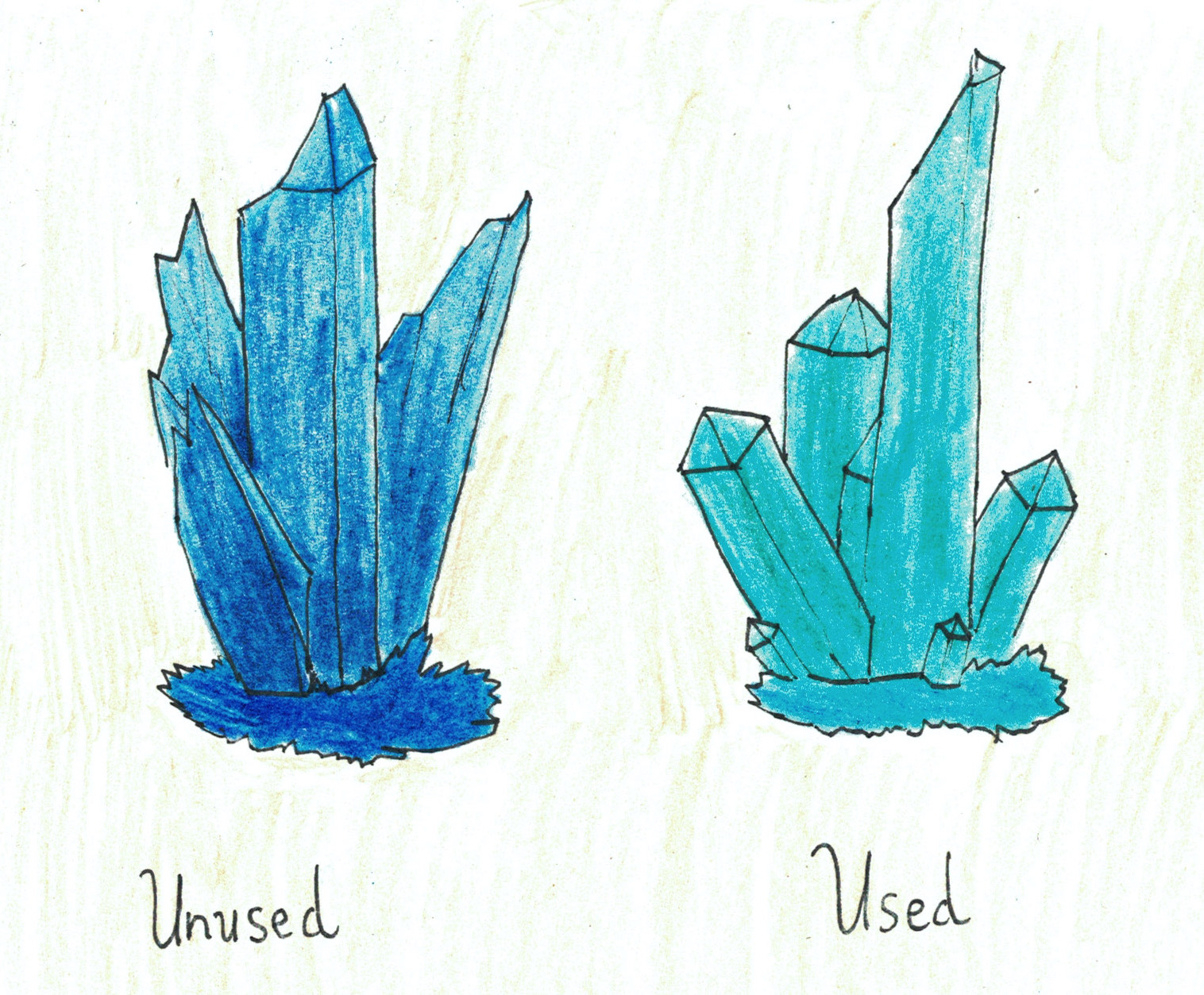 Scientists working in the semi-dimension of Limbo often use Veras Crystals as well, preferring them over finicky digital devices from Earth. The Scalegrey Institute is most well-known establishment that uses them, as many of their collected statements are recorded onto Veras Crystal to save space.