The head councillor stamped her staff against the ground three times, indicating that the council had made its decision. The gathered councillors all returned to their seats, and once they were settled, she spoke:   "Amhir of Clan Borathar, your actions this past couple of days have been extremely suspicious and unbecoming of your station, and we, the council of Garnalìresh have unanimously agreed that you shall therefore be banished from our city. You are also henceforth Clanless, as the head of Clan Borathar in this city refutes your status as their kin."   The second part of the head councillor's speech was a terrible blow. While Amhir was hardly a weakling, how could he survive the terrible world outside the mighty city without aid? Without the help of his clan, Amhir had very little hope of a long life.
— Amhir, or the Trial of a Life

Lizardkin who are orphaned before their birth can be recorded, or those who have terribly transgressed their sacred laws, have a terrible fate ordained for them. They are made Clanless, as none of the nine clans would take in a random stranger or protect a horrible criminal. Their lives become much harder, as lizardkin society is structured around the life of the clan, and those without a strong central allegiance are immediately viewed with suspicion.

If a lizardkin is born and either the child's parents are Clanless or are otherwise unavailable (most commonly, previously deceased), the child's clan cannot be verified and therefore the child is not taken in by a clan. Of course, some orphans might make enough of a case for themselves later in life to be accepted into a clan, but until that point they have no support from any of the nine clans.   Most famously, the lizardkin of the Colparan Valley in eastern Jorandar have eschewed the idea of the clan in order to become closer to Ziraanul. These lizardkin have their own society, to the point where some consider them a clan as well, albeit a non-traditional one.

If a lizardkin commits a terrible crime, especially one that merits exile or death, they will often be disowned from their clan. This is starkly different from those born Clanless as they are even less trusted, having been stripped of their place in the lizardkin hierarchy. Even if they aren't expressly exiled, many leave due to the animosity of their former clan.   Many travel to neighbouring nations or villages where their Clanless nature will not raise eyebrows or be overly questioned. Some even congregate to former informal clans as well, similar to the Colparan lizardkin, except there is a decidedly dangerous edge to these groups. A very small number have even been reported as ritually "giving" themselves to Clan Pekhar, though thankfully these sorts of Clanless are rare. 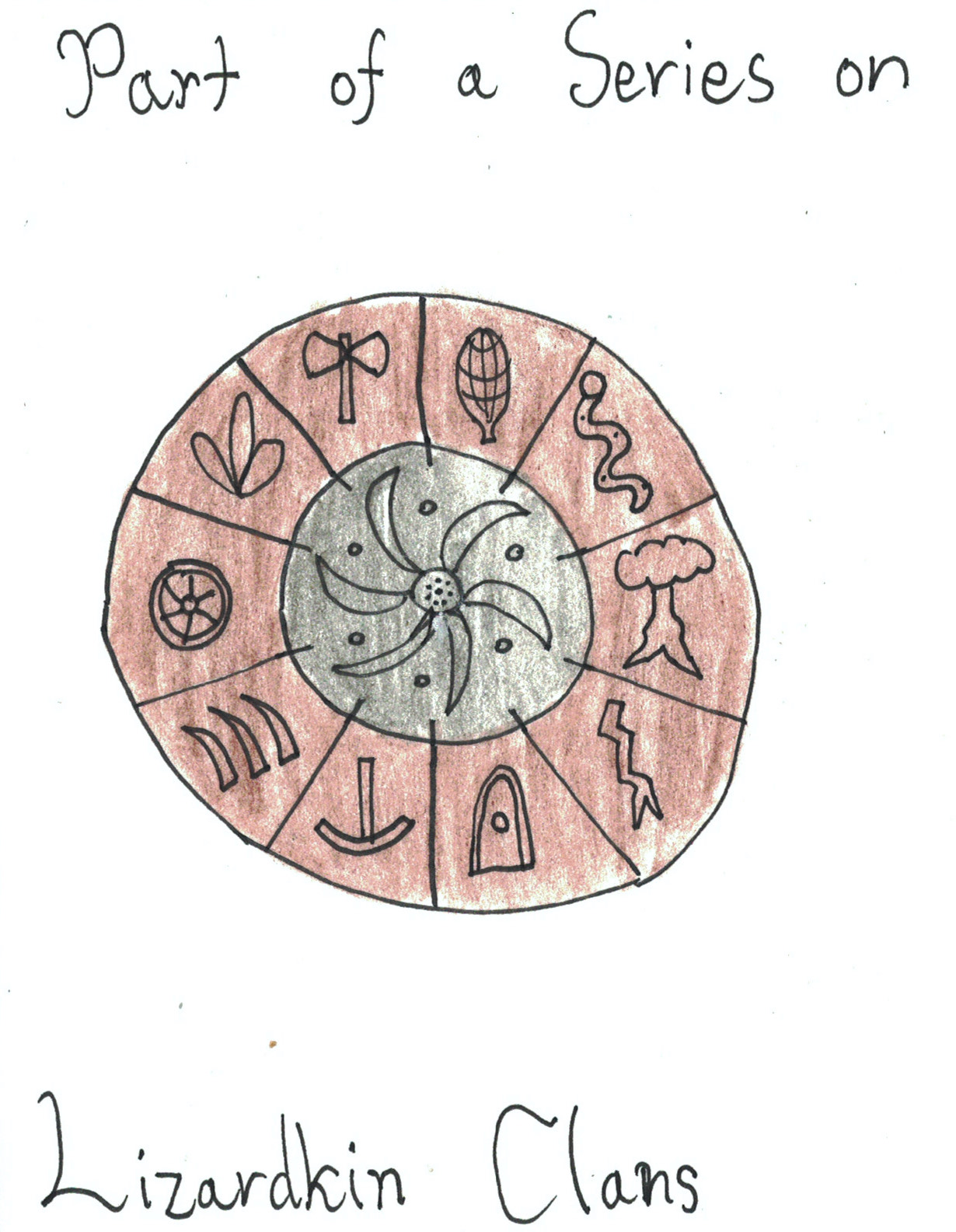 Parent Ethnicities
Any of the nine Lizardkin clans can make a member Clanless.

Relationships With Other Clans

The Clanless have very bad relations with the other clans of lizardkin. Some clans see them as a stain on the honour of the species, while others simply ignore them or turn them away if they try and get help from them.   Of course, this is merely a general view. For example, significant numbers of repentant Clan Pekhar members ended up being re-welcomed into Clan Amrohar following the Rising, and some members of various clans hold different views and help "rehabilitate" Clanless lizardkin who have been wrongly cast out.