Sit in the shade of my golden arches,
Stay with me there a while;
Drink of the nectar of the sun and stars and
Sleep with me here a while.
— Common Vitlesh love song

And rest in the shade of golden arches you will, if you come to Aurobawn, the Golden Town, Pride of the Vitinji. Built with the wealth that Egenek and other foundry towns create, gold is the colour of choice, whether it be on people or buildings. A glittering gem in the desert, as its Viceroy is so fond of calling it.

A Hub of Trade

Aurobawn is perfectly placed to be a centre of mercantile power in the arid wastes of the Vitinji Desert. The Paran River forms a natural highway down from the foundry townsand further down to their trade partners in neighbouring Entilar. The city is also located on the major east-west trails that head out to Jakiret and other key towns near the border of the Viceroyalty of Versal Phanta. This crossroads-like geography brings traders and merchants from all over central Vesrae.

The immense wealth of the Aurobawn merchants and government is always on display. The city's famous "golden arches" are those of the Cerulean Bridge, the long bridge that fords the mighty Paran River. And the Cerulean Bridge isn't the only landmark covered in gold inlay. Many statues and most of the major buildings (such as the resplendent Viceroyal Manor) are made of gold-covered stone or solid gold, giving the entire city a lustre that will never fade.
CW: Undead (mentions)
Founding Date
374 PR
Alternative Name(s)
The Golden Town
Type
City
Population
4500
Inhabitant Demonym
Aurobors
Location under
Vitinji Desert
Owning Organization
Princedom of the Steppes 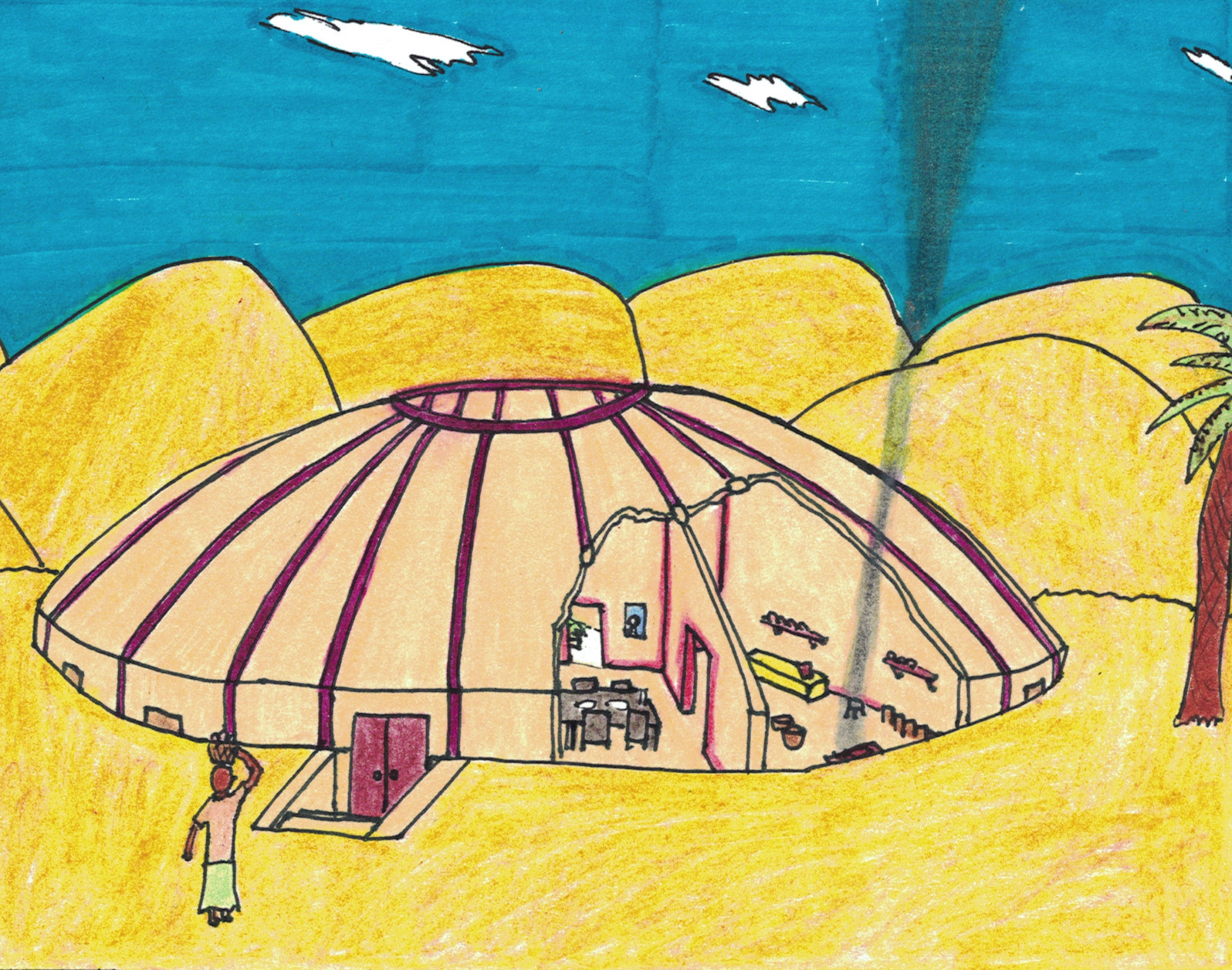 A dimma, the traditional home of the Vitlesh.   All images in this article were created by me, EmperorCharlesII, unless otherwise indicated.

Answering: "Α settlement beside or in a great expanse"
Visit EmperorCharlesII's Competition Page Check all other answers to this prompt Competition Homepage

Love it! The opening quote is great. I've always found prosperous cities in arid wastelands very fascinating to read about. In the sidebar, I see there's a mention of a dinna, but I don't see any image. Is it a placeholder?

Yes! I need to draw it and add it in, thanks for the reminder!

Sounds beautiful! I'm curious to know where the Cerulean Bridge got its name. Is it blue and gold? Or is it so called because it crosses a river?

Yep, definitely because it crosses a river! Hopefully I'll get to make an article about it at some point, as the building template hasn't come up yet for SC yet!