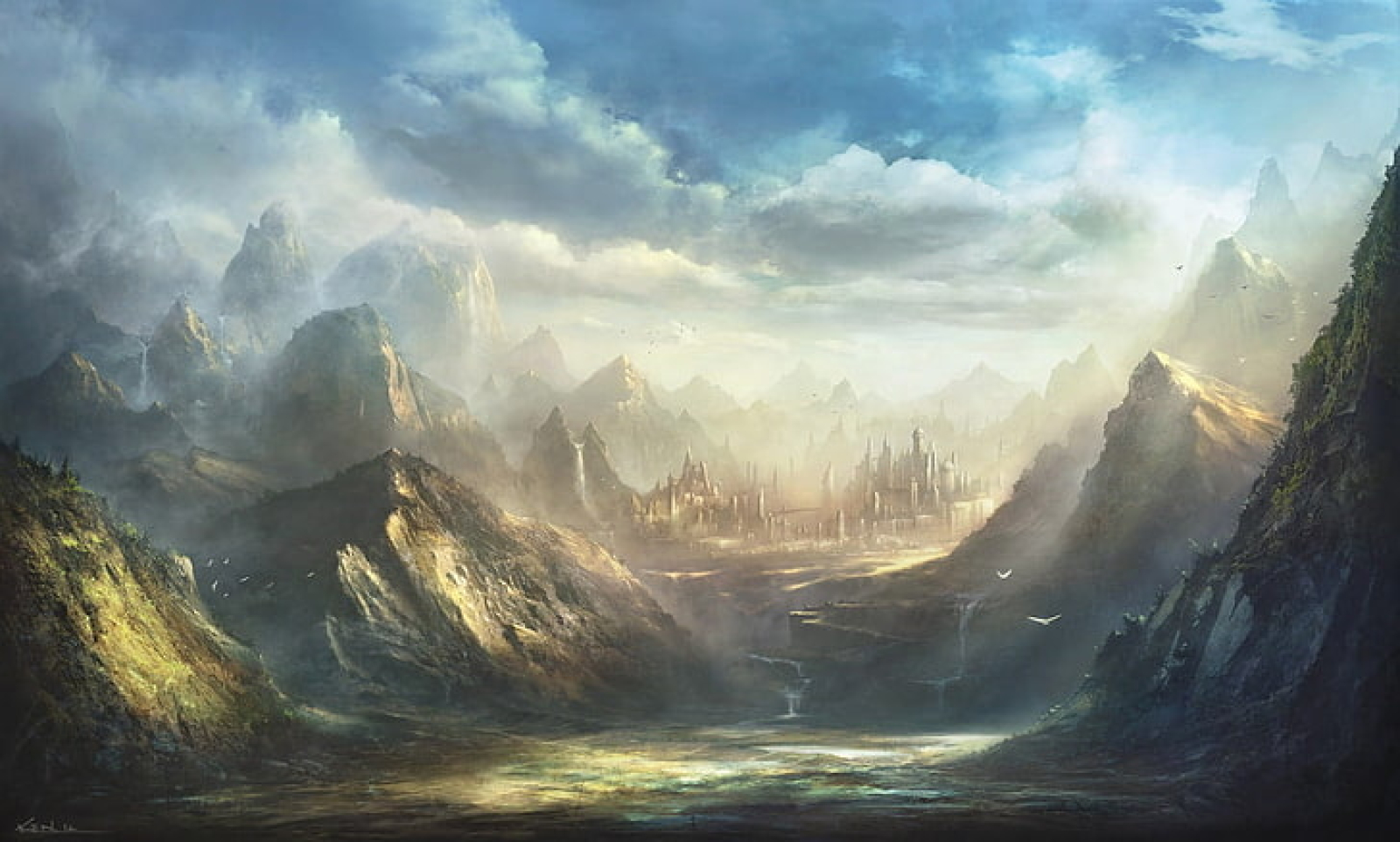 Piercing through the clouds is the centerpiece of Dartar. The colossal mountain of Skyreach. It's larger than the average world and even has it's own weather system at the top. the top is in a constant storm and sometimes blows down and causes small wind storms. There are almost no trees on Skyreach and at the top all of the leaves on them would have blown away anyway. At the peak Skyreach, it is flattened down and on top of it is the eye of Skyreache's storm. There is a big graveyard that is famous for having the god, Naltar visit and alllow the souls of the dead to pass to the overworld. The palace of Dartar is at the base of the mountain, were there is a jagged field of rocks.

Climbing the mountain is challenging because many of the rocks are crumbling and if you even touch one, you may fall and perish from being impaled on sharp stones and tree branches. There is only one safe path that was built by the civilizations that use the graveyard. Deep in the center of the mountain is a shattered meteor from long ago that once smashed through the side of Skyreach before humans lived on Dartar. Its impact hole has long been filled in by dirt and stone, but the meteor is still intact. The outer shell of it is the only truly indestructible material in existence, which is called Trine. Withing the Trine is a huge chunk of Adatatarium. Adatatarium is the solid manifestation of void power. the meteor was only discovered by scans done by the The World Federation of Quantan.

The wind storm swirls and howls in pillars of snow and debris. Rocks tumble down the slope and ice forms into spikes and thick sheets on the cliffside.

Heria formed the mountain to be her pedestal to stand on and to rule from. When the meteor hit, she sensed what it was made of and left it, knowing it was of too much power.  She meditated at its peak for many years at one point and dreamed so much that she became enlightened. Suddenly she knew too much and the void took her back in.
Type
Mountain / Hill