Can you take the heat?

Banner by Terry-Lynn L!
Laiosa are a race of large dragons aligned with the element of fire that are capable of taking esseniform, native to the small volcanic country of Laios. Being dragons of fire, everything from their cuisine to their culture revolves around flame. Even the smallest Laiosa tend to tower over other races, and if their size wasn't striking enough, Laiosa in esseniform will also sport long, strong, and prehensile tails, as well as their characteristic horns. Laiosa skin is tougher than esseni skin, and in some areas will have a scaled texture to it. Their skin follows a gradient from orange to a deep blood red. Laiosa families can be distinguished from one another based on their facial markings.

Laiosa culture is considered to be war-like by most other races of Tarin. Laiosa are fairly confrontational, and tend to follow a 'might makes right' mindset. The largest women are those who are in charge. Laios is a matriarchal society, and female Laiosa tend to be somewhat larger than their male counterparts.   In family settings, it is typically the mother's name that is passed down, as well as her family marking. In situations where a male Laiosa has a child with a esseni woman or a woman from a different dragon species, it would be possible for him to pass down the facial markings.

Though Laios has never participated nationally in any war, Laiosa often travel to other countries to join in on any conflict. Laiosa are known for their sheer brute strength, tendencies to burn their opponents, and their unfortunate habit of switching to the stronger side, even if it means abandoning their original allegiances.

Laiosa feel that to be taken by the flames is the highest honor one can hope for. As a result, their Funeral Rites involve the volcanoes present on the island of Laios. 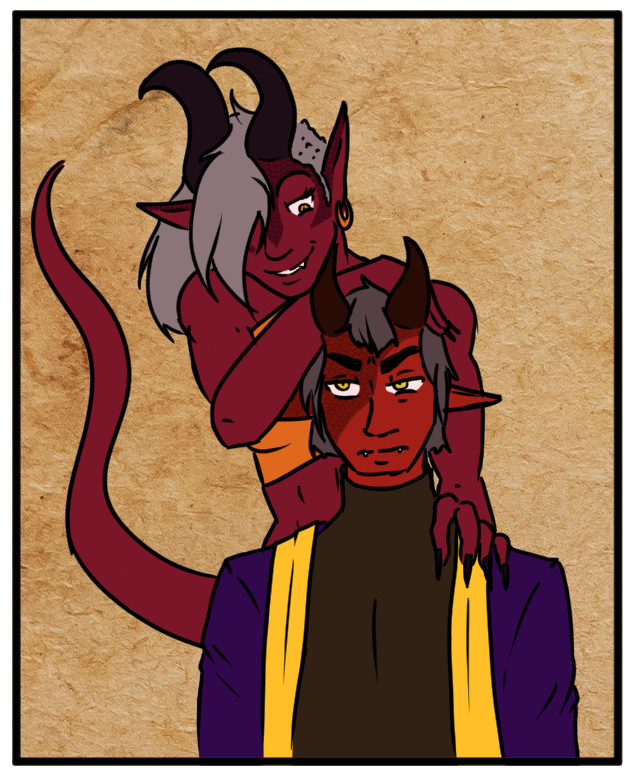 A pair of typical Laiosa