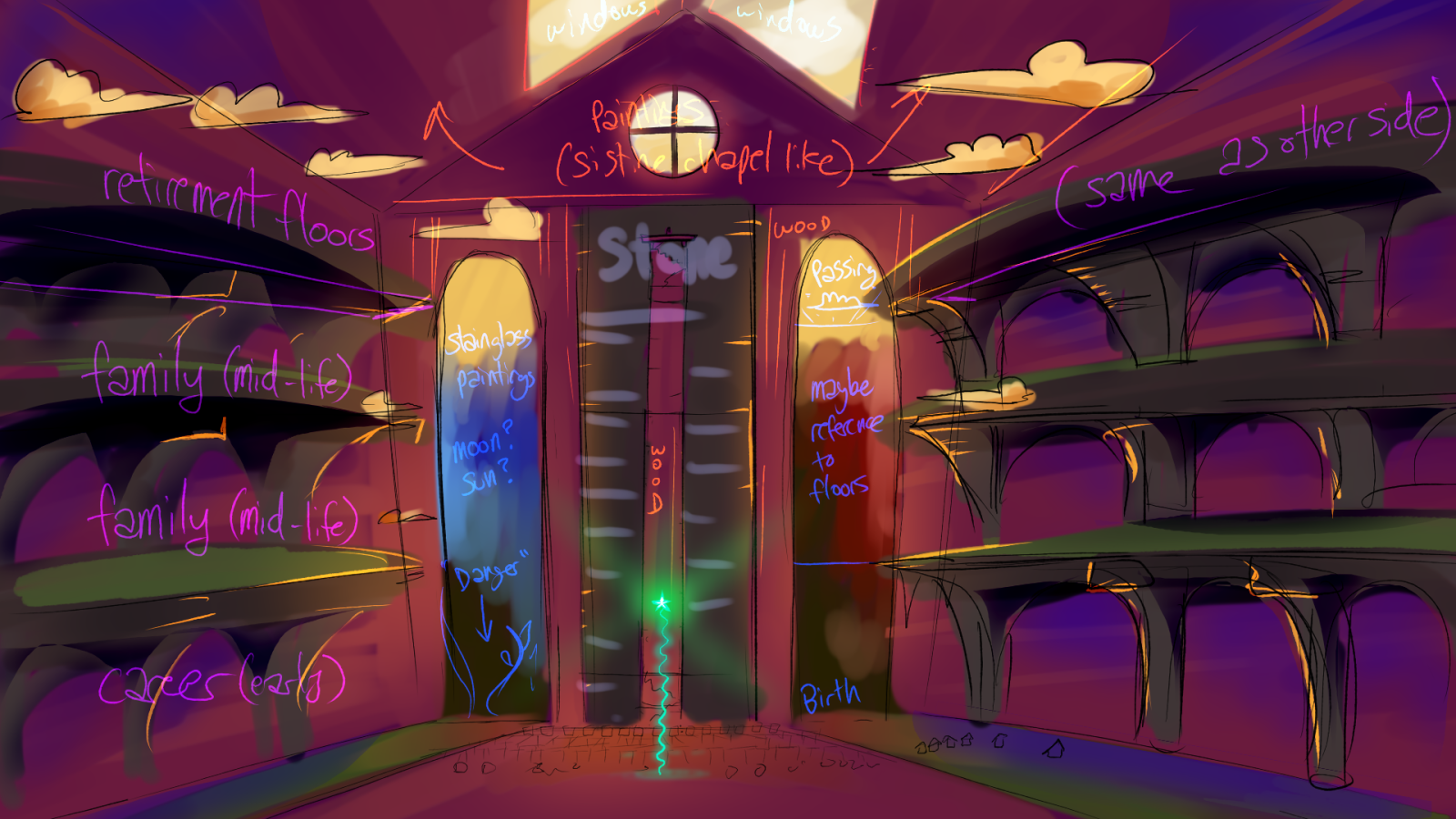 The "Life Factory" is a self-sufficient society and megastructure centered around the production of painted signs. It is the birthplace of Gildedguy and is one of several industrial buildings located in an unnamed forest.

The factory itself is incredibly large - there is enough space to house thousands of stick people on its town-sized platforms and levels. Each level of the life factory supports a particular populace, progressing in maturity from academics, to the workforce, to domestic life, and eventually to retirement and old age. As inhabitants grow up, they attain higher resources and responsibilities (and literal elevation). 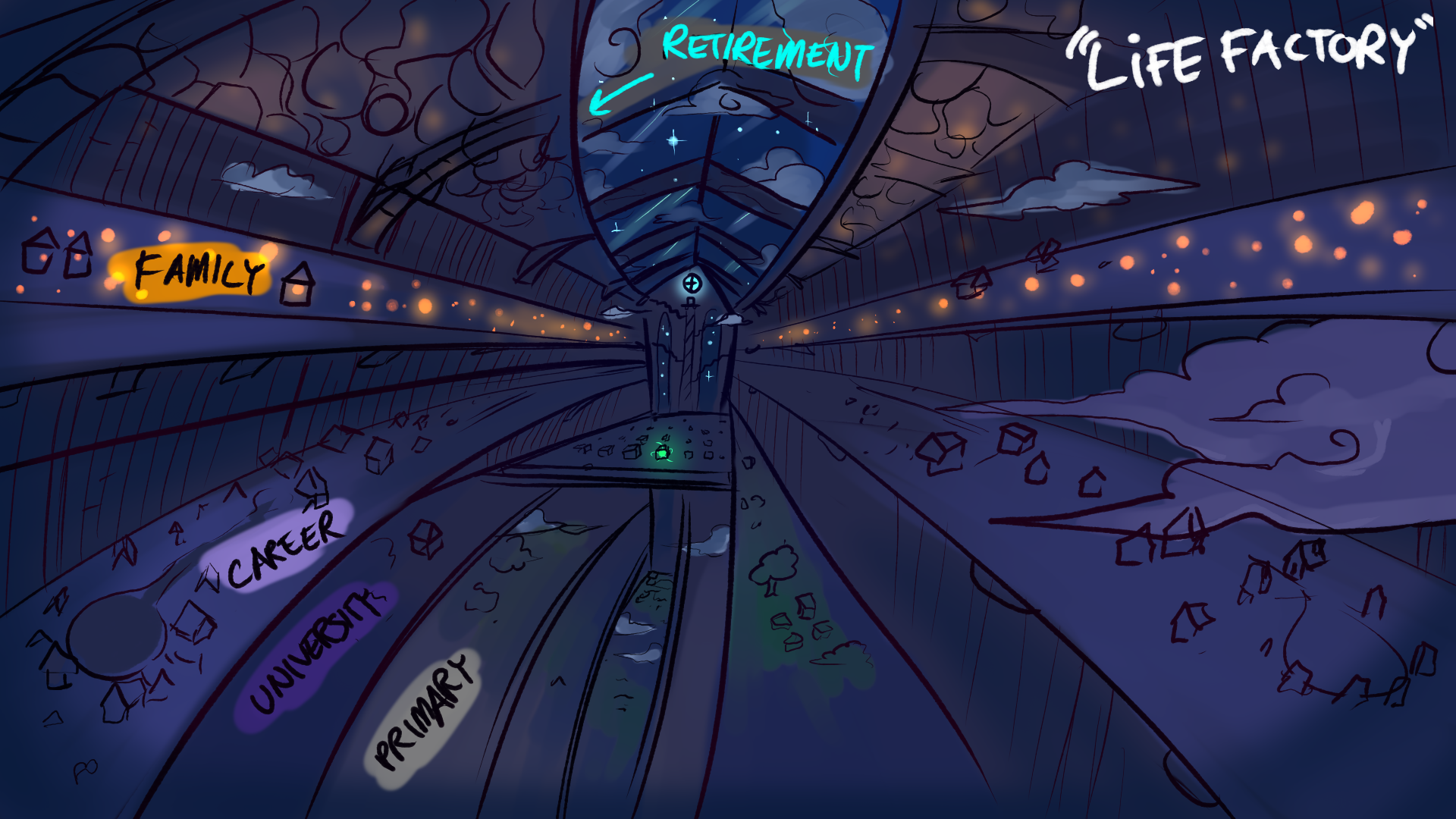 This particular factory specializes in cutting and painting large wooden displays. The factory exports signs, bulletins, and billboards of all different types across the Aegis Fields region. Some of their pieces have even made their way across the ocean to the other continent of Cier. The standard set by the Factories ensures that demand for their work never runs dry.   At the same time, every life factory is 100% self-sufficient (save for the occasional desire for exotic food & entertainment), making them exceptionally strong exporters of goods. Because of their lucrative and necessary work, members of the life factory live in consistent prosperity - so long as their internal culture is maintained.

Centuries ago, Cier's five richest merchants banded together to form the Life Factories. Instead of replicating and competing against each other, they decided to reorganize their forces to form five guilds, away from the restrictive aspects of society. Each guild would act as a self-sustaining house of apprentices and masters, specializing in fundamental artes: literature, sculpture, architecture, music and painting.   Over time the guilds grew into their own productive societies, and a growing majority of the members chose to settle down and live domestically in the houses. The prosperity generated by the factories soon made it taboo for anyone to ever exit. But the original merchants, now long gone, made it absolutely clear to their successors - the Life Factories are to be realms of creativity and freedom, never prisons, for the artists who dwell within. This tradition, along with many others, are stringently maintained to this day.

The factory is heavily isolated from the rest of Cier. Visiting parties are not allowed inside without long-term scheduling and security checks. The only outside contact the bosses of the factory have are with their fellow trade partners (most commonly the neighboring life factories). Still, in order stay in touch with modern sensibilities, the factories do receive radio streams and leylines containing popular entertainment and knowledge. 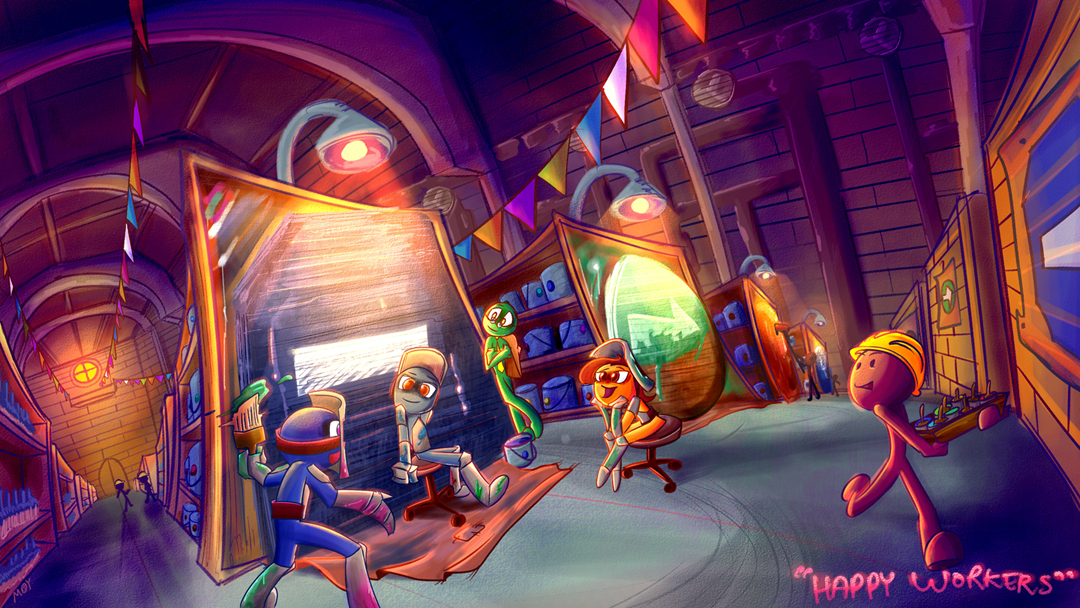 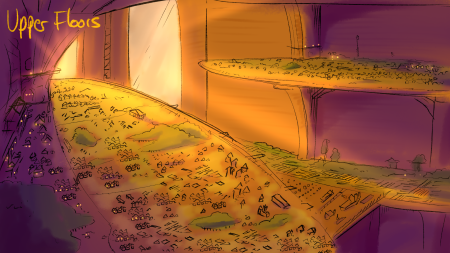 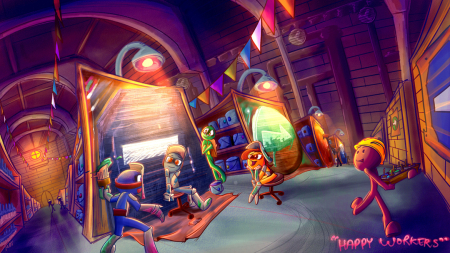 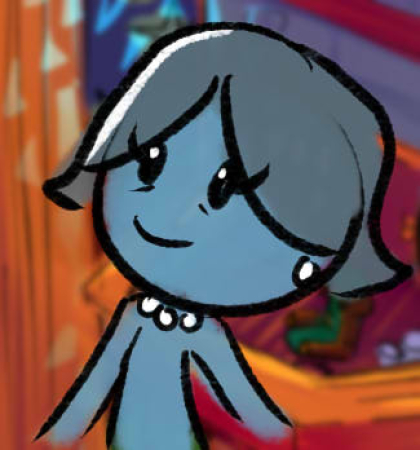 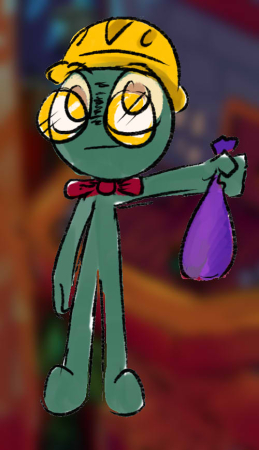 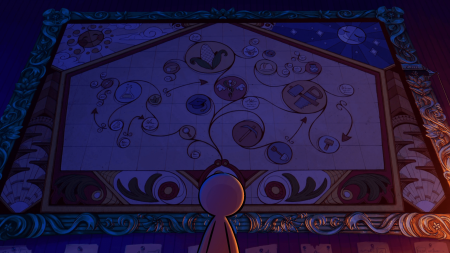 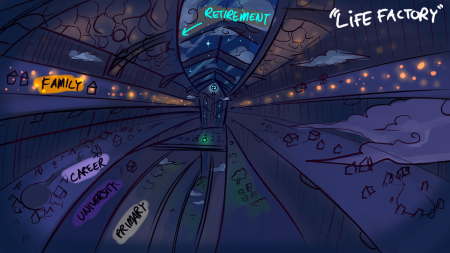 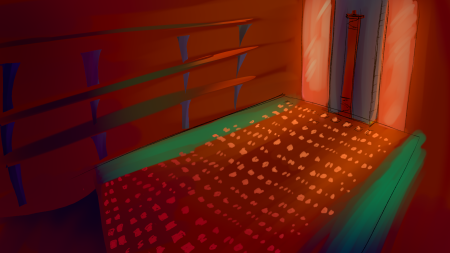 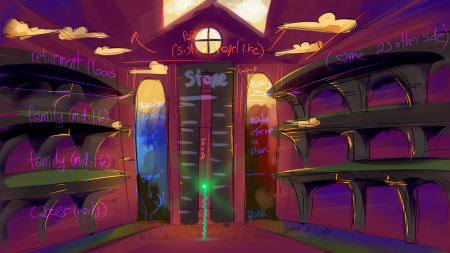 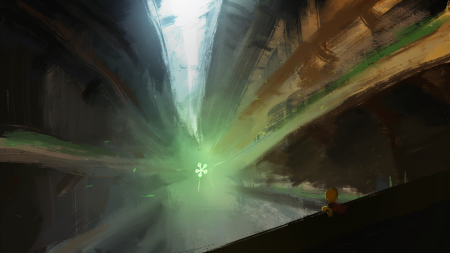