The Farwind is the personal ship of Captain Zenik Sollertis. A colossal ship that dwarfs most other vessels of Marcalido, it is the pinnacle of the aberrant pirate's scientific and engineering knowledge, harnessing a mixture of occult magic and steam-powered machinery to drive it onwards. It can even fly.   Servings as a floating base of operations, construction on the Farwind began 2212 AIT. For his increasingly longer and longer expeditions, Zenik wanted to create a vessel that would serve him and his crew for years if that was what it took. He made many modifications over the years, expanding functions and increasing capacity. But in 2348 AIT when the Luz de Guia invaded Pezi, the Farwind was transformed into a weapon of war. While it had always been equipped to fight, Zenik vastly increased it's firepower to deal with enemies, including the Spherebreaker, the ship's largest gun. Through many engagements, weaknesses in the design were discovered and corrected, turning the Farwind into one of the most feared vessels on the seas of Marcalido. Unfortunately, it was still only one ship and in the end, Pezi fell to its invaders. Still, the vessel proved critical in ensuring evacuation efforts and was a key part of New Pezi's early defense, as their enemies tried to snuff them out. Once things seemed more stable, Zenik and his crew once again took to the open waters, driven by the captain's ceaseless search for a way home.   Zenik has never stopped upgrading, incorporating new ideas and technologies whenever he can, even adding the capacity to travel between spheres in 2644 AIT. Its design is functional and practical, with little room for niceties or decorations, though Kazek has tried to get him to loosen a bit up on that one. It has kept its crew safe and sound through many dangers and while it has taken more than its fair share of beatings, the Farwind has yet to meet the enemy that could actually sink it.

An enchanted steam engine uses a mixture of magic and boiled water to generate power.

The Farwind is equipped with two primary means of locomotion. A number of propellers allows movement both in water and air. On water, massive sails can also be raised to allow the wind to push the ship.

The Farwindis equipped with 150 cannons, 120 rotary guns and 80 quad cannons. The also comes equipped with the Spherebreaker, a truly enormous cannon. Part of the ships prow can open to allow this monstrous cannon to fire its 1 meter in diameter big cannon balls.

The Farwind is covered in thick iron plating. A network of psychic resonators allows the overminds among the crew to channel their own psychic shields around the ship in order to protect it. The most recent addition is a magical forcefield generator, installed after Captain Xabier Molinero almost managed to sink the ship in 2993 AIT.

Zenik has set up a psychic projector that allows him to extend his telepathy to nearby ships, though they rarely have the means to communicate back as directly. Recently, speaking tubes have been installed to allow non-psychic crew members to communicate across the ship.

The psychic projector allows Zenik to use his ability to sense thoughts in an area around the ship, allowing him to pick up on when thinking beings approach.

A powerful backup generator stores reserve magical energy for the ship. Should everything else fail, the generator can keep the ship moving for a couple of hours, much less during a fight. This generator will then siphon power once the primary engine is up and running until fully recharged, which reduces the overall functionality of the ship for about a cycle.

Part of the Farwind serves as a mobile dock and repair bay. Kazeq's ship, the Ram, is docked their most of the time. Other vessels are sometimes serviced or protected there. 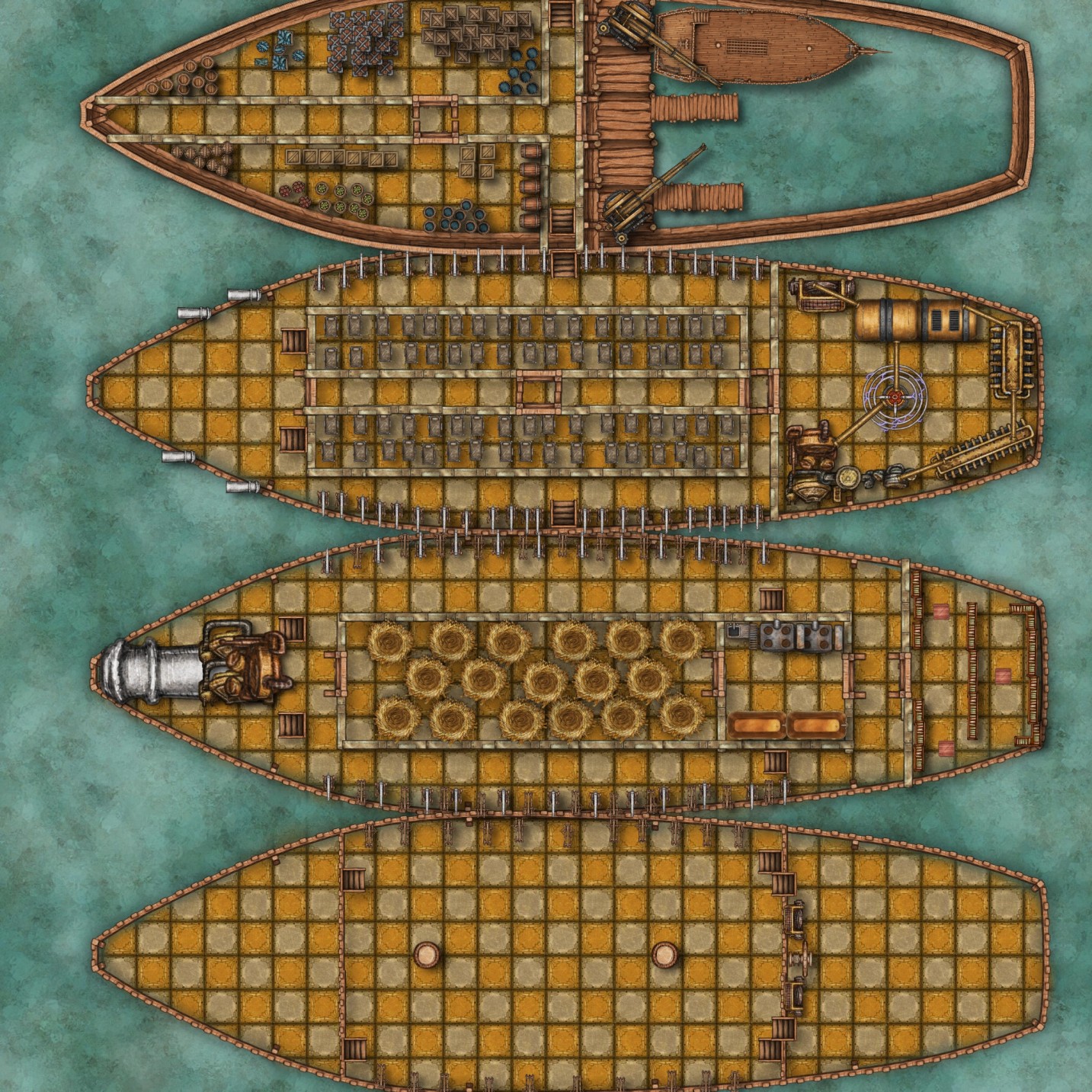 Ship ho prepare for piracy. Oh no look at the guns on that thing! It could only be the Farwind - RUN! I love this Dwarven Juggernaut ship.