Moi'a is a female djourni town who travels a regular circuitous route between An Gra, Luenlan, and Dwenda Zaara based on her regular migration pattern. The town disbands during spring, spending a month or so at their regular base in northern Dwenda Zaara to allow Moi'a, the djourni beast herself, to enjoy the spring season while maintenance is conducted.   Moi'a herself is a mature djourni beast of nearly 250 years old, and has been occupied as a town since calfhood. Her thick coat is shades of sandy brown, and it is routinely combed and braided by her reyna. Her reyna also harvest from her coat to create textiles and rope during their travels. Her horns are fitted with iron rings affixed to massive iron chains used to encourage a change in direction.   As a djourni town, Moi'a regularly carries cargo and passengers across great distances. In addition to her resident reyna (approximately 2,000) she can carry up to an equal amount of passengers as well as cargo loads. Her most common cargo loads are non-perishable foodstuffs from Luenlan, quarried artisanal marble from Dewnda Zaara, and finished statuary from An Gra. Moi'a has a solid reputation for being able to carry delicate or sensitive goods safely to their destination.   Moi'a boasts relatively spacious accommodations for a djourni town. She has three taverns as well as an inn for passengers who expect to only stay for a stop or two. Rooms or even suites of rooms are available for rent for those taking an extended trip. A handful of taller folk have even managed to make themselves useful enough to be allowed to buy a small floorspace (mind your head on the doorways). She also has her own modest shopping district and a periodic market for fresh goods brought on board during various stops.    Moi'a currently has a fifteen year old calf, which is currently large enough to carry three small warehouses on his training harness. Moi'a's reyna are very pleased with her calf's progress and growth, and keep him as well groomed as his mother. 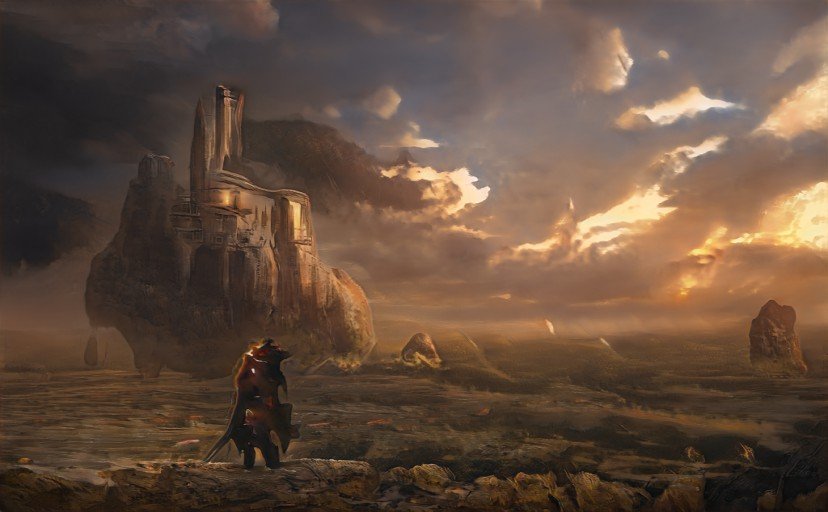 I was pretty delighted by the concept of this living vehicle! I'd be interested in learning more in the future about these beasts and how settlements come to form upon them, and even what that might look like. Great work :)