Lucians are bipedal mammals with bilateral symmetry. They have a higher then average amount of lean muscle, especially in their legs. Their blood is colored purple, producing a tint under their skin if the color is light enough. They also have a thicker inner ear fluid then humans, giving them a resistance to be stunned or dizzied. However, if they do fall victim to it, it takes twice as long to recover.

Though Lucians are bipeds, they sleep sitting up instead of laying down. The only time Lucians lay down is if they are sick or injured, leading to more then a few incidents where a Lucian has woken up a friend of another species out of worry, only to be met with nothing more then grumpy irritation due to disturbed sleep.

Lucians reproduce sexually, with both a male and a female needed to produce viable offspring. Females give live birth after a gestation of about 300 days.

Unlike many species, Lucians reach sexual and mental maturity at about the same time. This is reached after around 19 standard years. Puberty begins after about 13 standard years, which is when most Lucians acquire their trademark horns and height.

Lucians are mostly herbivorous, however they can ingest milk and eggs as well. Because of their high metabolism, Lucians can eat as much as half of their body weight in a single day.

Eyes: Lucians have two eyes with black sclera and slit pupils. They also take up about a fifth of the head.
Horns: Long horns protrude from the foreheads of males. Females may sometimes have horns as well, but they are almost always shorter.

Lucians can live anywhere, but prefer plains and mountains with a warm climate.

Perceptive Hearing: Can hear frequencies from 70-30,000 Hz
Perceptive Touch: Can detect textures down to 1 picounit (10-12 meters)
Basic Sight: Irisian ("Visible") Light Spectrum and some Infrared allowing them to see in low light
Very limited Smell: Can only memorize about one million distinct smells

It was the sound of fear, of anger, of pain, of sadness. Of hate. It made my stomach flip upside down and my head turn inside out. My vision went fuzzy at the edges. My legs gave out...But as suddenly as it had started, it was over.
— Sonder Choide

When placed in a life-threatening or otherwise extremely stressful situation, Lucians can emit a scream that contains frequencies which can disturb the inner ear fluid of enemies. The side effects of hearing this can include dizziness, nausea, and in rare cases a comatose state. It probably first evolved as a way to escape predators on Noctu, but it can adversely affect non-Noctu species as well, including Humans, Afavi, and especially Speluvi. Due to their thicker inner ear fluid, other Lucians are immune to this.

Lucians tend to have three names: an adult name, a childhood name, and a family name (or two). Upon maturity, Lucians choose an adult name, and their childhood name becomes their middle name (although family and close friends may still call them by that name). Lucians may also change their name again after powerful events, such as the end of a war, or surviving a disaster.

For Lucian males, long and smooth horns are considered very attractive, to the point where a female with longer horns is considered a "nebachuyis" (long/tall horns) or, much more derogatorily, a "babokaso" (lit. part/half-man). A male with shorter horns are known as "konichuyis" (small/quiet horns) or, much more derogatorily, a "babojie" (lit. half/part woman)

In Lucian cultures, males are considered more suitable for combat then females. Females are considered more inclined to be producers and organizers, focusing instead on economics and business. These correlations run very far back, to the point that the Yisbum word for "General" (kuro) is derived from an old word meaning "man" (koro). Both men and women are typically considered equal in religion, which is treated as a sort of middle ground between the two genders. Lucians who are intersex, genderfluid, or agender tend to be steered towards religious careers due to this. As for transgender Lucians, for the most part it is trusted that the person who knows an individual best is said individual, and therefore, an individual cannot be "wrong" about their identity, gender or otherwise.
Children have much more flexibility in terms of gender ideals then adults do. It is mostly accepted that individuals will change through their life, and each phase is celebrated and considered important. This includes experimenting with gender identity and sexuality. So until adulthood, children don't tend to be pushed one way or the other in terms of gender roles.

Clothing:Lucians tend to wear breathable, flowing garments. Everyday clothes tend to have less saturated colors then formal clothing.
Hair:Lucian hair tends to be worn long and braided. For formal events, hair may be woven with fabric or jewels. Married or otherwise committed Lucians sometimes cover their hair, but this custom has become less prevalent over the years. 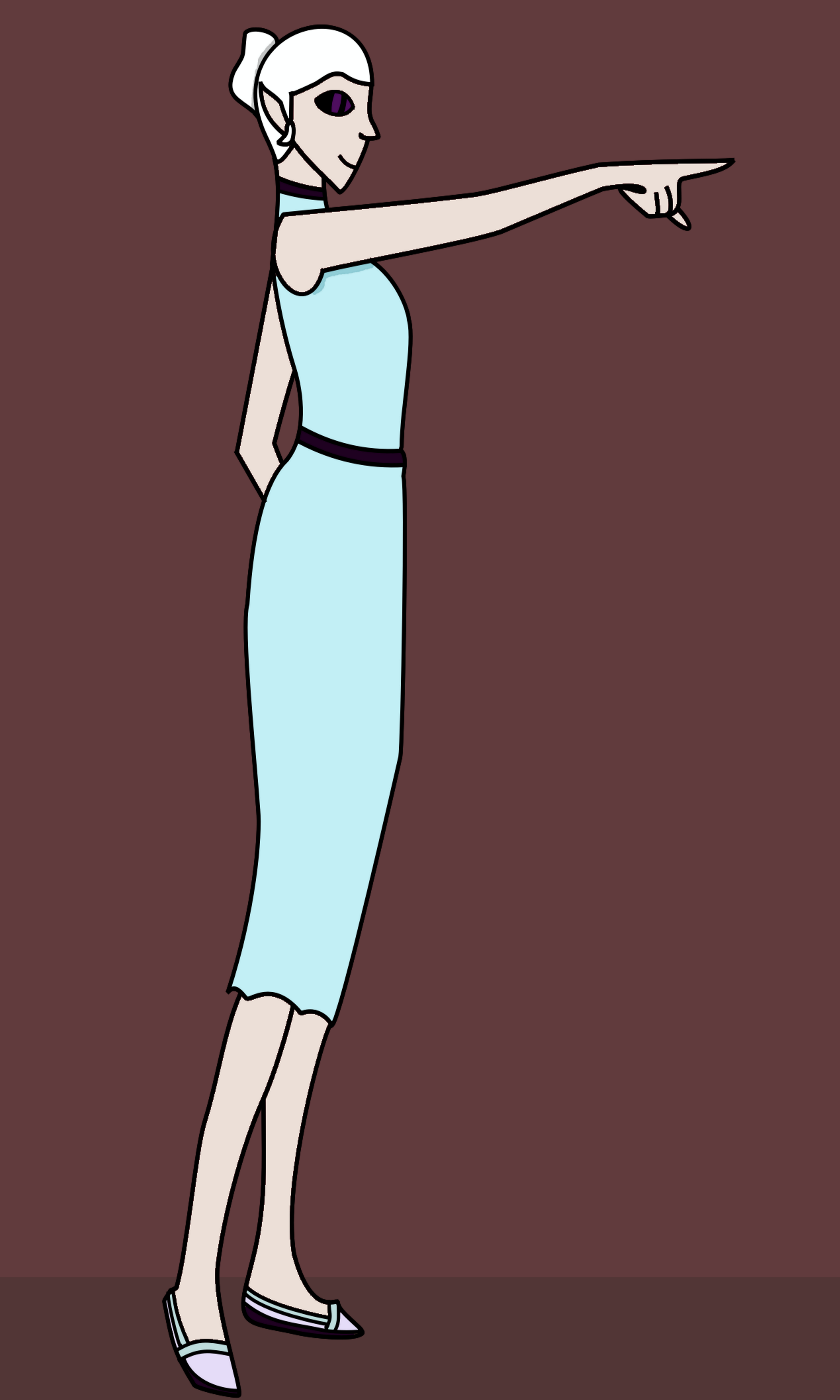 A Lucian female of the Album Ethnicity

The color of a Lucian's hair is determined by their ethnicity.

I like the picture at the top, it looks fairly nice. And I do appreciate that you explained why having only a million olfactory sensors is important, i'm not sure many people know what those are. That said, this is really cold and impersonal, feeling less like a living race and more like a school report. I do like the ideas you've presented, like the multiple names throughout their lives, and that mainly one gender has horns, but the presentation leaves much to be desired.

An interesting race, love the reference of the female! I first was confused of the "horns" part with the reference lacking them, but it got cleared up later! Though, you should check for a bit of consistency when it comes to underlining, since at the dress code you suddenly swap over to bold letters instead of underlines. I do like the idea of the 3 name feature! I'd say maybe fill it a little bit out and this could be a well-done species!

I like the detailing of the species, but some things made no sense to me. Why do Lucians have a less evolved sense of smell when compared to other "lower" races, if they are above them in every other aspect. Why only smell, when all their other senses are considerably better and more advanced?

Mostly for the sake of balance and realism. No one species can be good at everything, it just doesn't make sense.

Very nice! I very much like that the information was presented in a very concise manner. The footnote on olfactory receptors was a fantastic touch! I would like to know, what types of attire do the Lucians wear in times of war? What kind of weapons do they use? Great article!