Monsters created through stitching. They were used for centuries, with various improvements, as weapons in the wars fought between Yzel and Eoion. While a few experiments were attempted within Yzel itself, the practice became hated as it represented an enemy and after the last war, attempts at stitching were banned. The Eoion Empire continues to use them for defense, spying, and other tasks as the rulers dictate.   All rulers of the Shiroko line must make a tsirin in order to prove their right to rule. The closer in appearance, strength, and ability this creature has to the records of Ilya's battle mount, the greater right the new ruler is said to have.

The Ilyannoi were first developed by Ilya Shiroko through the creation of a new magic system called 'stitching'. Light and heat essence magic are essential for their development. Through the breaking down of biological tissue, different living species can be 'stitched' together and a new creature made from the component parts. He discovered that the marker of a living being can be tied to the marker of another at birth and used this knowledge to impart genetic obedience onto the creatures, ensuring that they would obey his descendants as well as himself.

They were first used by Ilya during the liberation of Ulena. His king sent him to use his newly made creatures in order to assist their longtime ally. The king did not have real confidence in them, but the Ilyannoi proved to be extremely effective in battle and Ulena was freed from Yzelian control. The previous royal family was restated and Ilya subsequently returned home and began a civil war against his king. Once more, his creatures proved highly important and thus the Shiroko Dynasty became the ruling family of Eoion.

While most of the Ilyannoi are modeled after large predators, there are some specialized versions.   Taras Shiroko I and his tsirin, Makar. This creature is very close to what Ilya rode and thus the populace believes Taras is meant to rule. 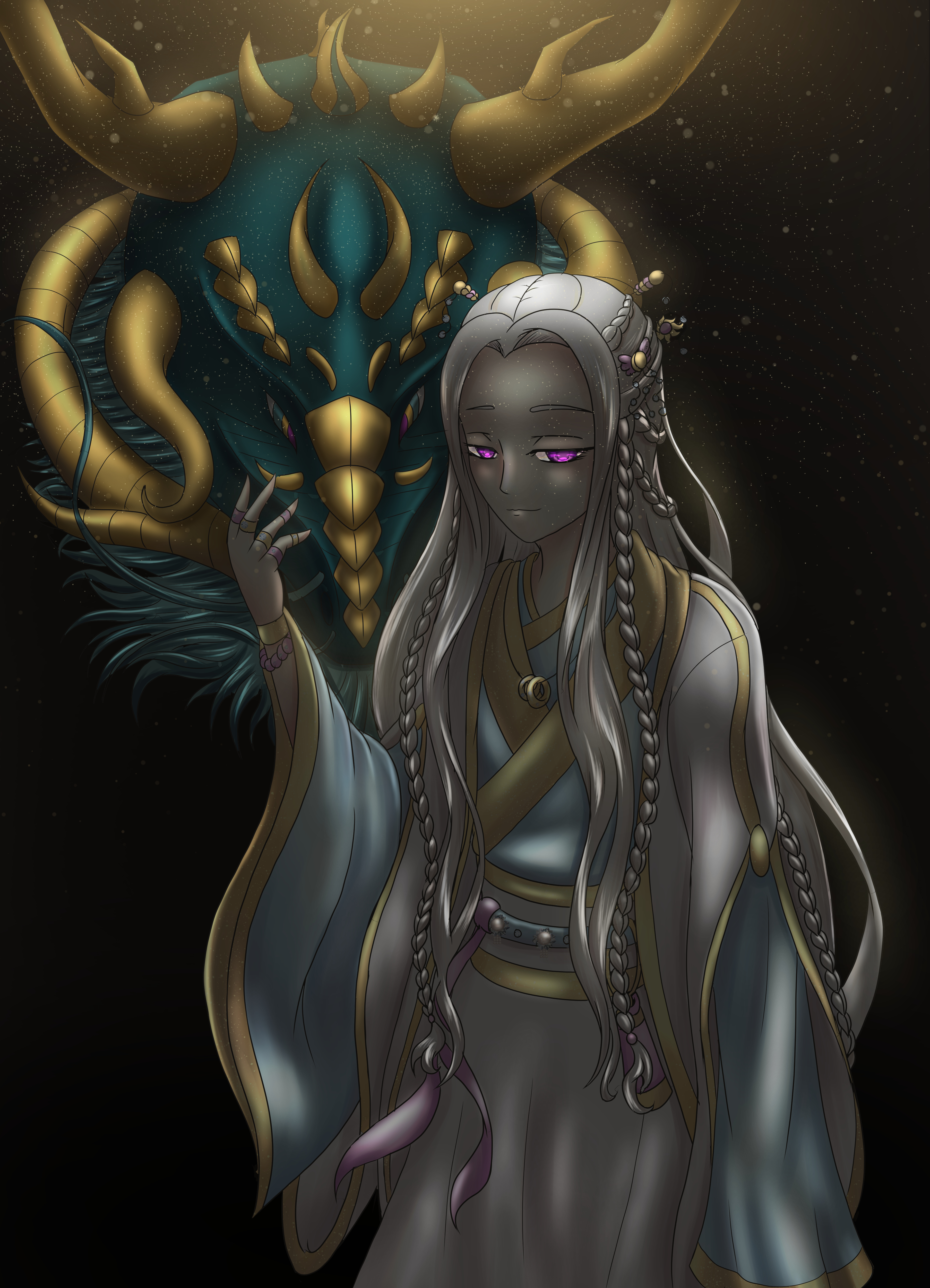