"Dragon Scale Mushrooms" is a bioluminescence fungi recently discovered in Sijaq cave network on the island of Kurunagh. 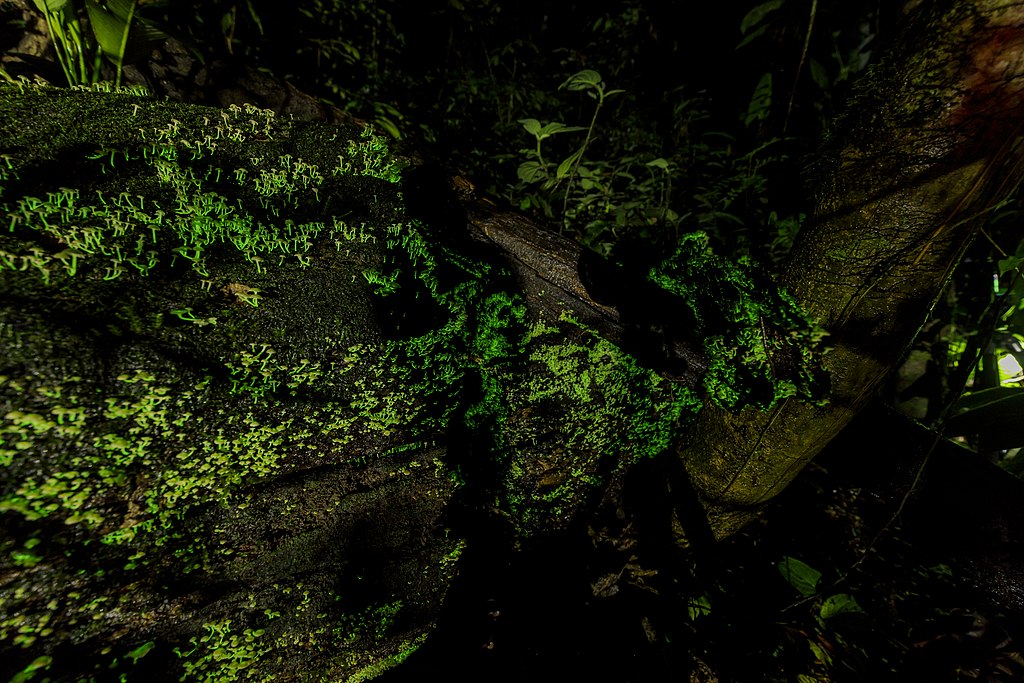 Archeologists assigned to study the Sijaq quickly discovered the bioluminescenent mushrooms throughout the caves. While the light is bright enough to allow the human eye to be able to see the walls and their shapes but not to illuminate any other objects.

Dr. Name TBD, biologist on sebatical from a university in Trilenius identified the species as a unique new species. The common name of "Dragon Scales" for the mushrooms is due to their distinct growing pattern when growing in larger patches.

The Sijaq caves provided a humid environment ideal for growing mushrooms. For hundreds of years, these caves have been filled with the corspes of the victims of Suviklarg's last rampage. The spores of common mushroom feeding on the dragon's rotting flesh tranformed the mushroom into a new species.

The mushrooms, when consumed, have a psychedelic effect. When discovered, the mushrooms quickly became an illicit drug, popular as a new drug for smuggling.

How does this relate to Totems of Trilenius?

This is not related to the Totems as it is in the Sijaq caves.

Answering: "A recently discovered, or rediscovered, species."
Visit WriterGreg's Competition Page Check all other answers to this prompt Competition Homepage