A Phenomenon Even Primordial Gods Fear

There are a few things that even the Gods fear, so few I can count them on both hands. One of these...is when someone is in pursuit of power beyond mortal comprehension; a sinister and twisted form of necromancy. One who does not only attempt to bring back the souls of the living once more, but to bring life into concepts themselves as well. To create their very own mantle and defy reality itself as they see fit.   In such pursuits of power, what is created are only falsehoods. A false fantasy. A false reality. A false god. And when I saw it that day, fear overtook me that I did not remember...not since the rule of the Ancients.
- Elder Demon Ev'kiilos Zanii'vol
Among the many phenomena that occur in the cosmos, there are some that are unnatural and so powerful that they can literally break reality. Reality Breakers as they are called, are often seen as events that even the The 5 Primordials fear, and rightly so. One such phenomenon is the False God.

Most people, if not all, only know that Necromancy is the ability to bring life back into the dead. A magical ability that is highly frowned upon and deemed forbidden by most Planes of Existence. Already a difficult and dangerous feat, necromancy is indeed the ability to raise the dead, however, there exists an advanced form of necromancy: val'krono'niir in Lazan'kel (Ancient Demon language) and gafriil a velra in Gmeshajin (Old Angelic Language). This form of necromancy has no formal name outside of Infernus and Paradiso.

Val'krono'niir, also called kolkul'shiiniir (necromancy of the unspoken in Elder demon) for demons and devils that know it, goes beyond raising the dead. Instead of simply giving life to a dead being, this form of necromancy seeks to give life into something that was never alive in the first place. A concept that is supposed to be beyond mortal understanding. A concept only a deity is supposed to understand. But, there are some that have unlocked the secrets of kolkol'shiiniir.

Normally, the idea that giving life to something that was never alive in the first place is counterintuitive. However, when thinking beyond logic, in what constitutes "life," the idea is not so absurd. Indeed, there are some things that can be given life that normally was never alive nor dead, such as concepts themselves. A necromancer seeking such power will know this and use this in their pursuit of power.

Kolkul'shiiniir for those who know of the power, know that anyone seeking to fully unlock its secrets has one desire: to create a mantle. But mantles can only be properly created by a deity. A mortal attempting to create their own mantle will only fail and twist and corrupt the mantle.

Creation of a False God

The creation of a False God begins once a mortal attempt and eventually succeeds in giving life to a concept. The concept can be anything, but throughout history, the concept given life has always been something dangerous. And although this is the first step to creating the mantle the necromancer desire, they would have already corrupted the concept. Concepts, on their own, are the way they are by decree of a deity. When a necromancer pours their ideas into the concept, they twist it into something unnatural to the Universe, corrupting the concept. The first step into the creation of a False God, the False Concept.

Once a False Concept is created and given life, it needs a host. But a necromancer will know that no mere mortal can contain concepts; things of such massive amounts of knowledge, that should mortals intake it all at once, it would overload and ultimately destroy the brain. Instead, a necromancer uses a host body to contain the False Concept, giving the host a new life alongside the knowledge of the concept.

In a flash of extraordinary light, the host body is brought back to life. However, because of the corruption of the False Concept, the host body itself becomes a sentient being of corruption as well. Instead of returning to life as typically as one does with necromancy, something else happens. The host body begins the process of the next stage of becoming a False God: Transfiguration. 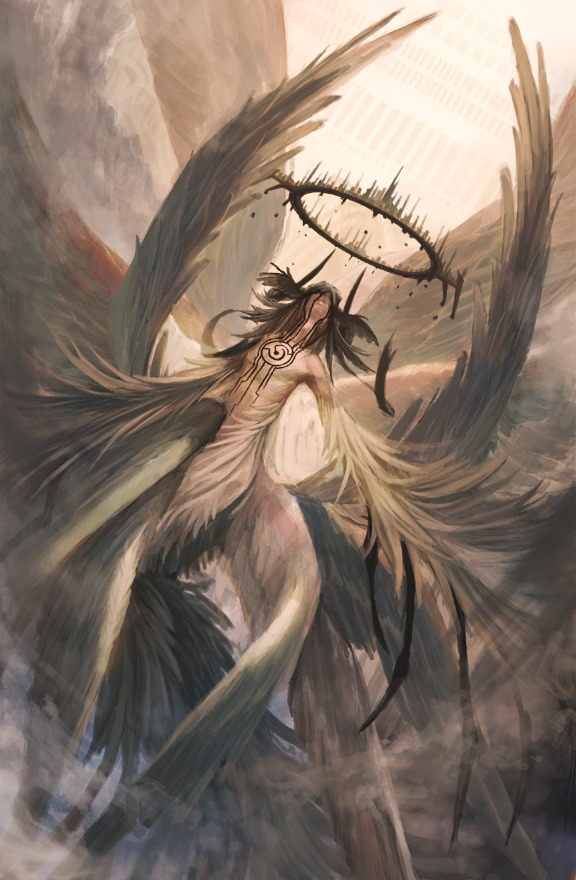 There have been only 4 times when the phenomenon has occurred. The most of notable them in Infernus was the Vrai'niirii Incident of 166.017 NS (New Suns) when the master necromancer Vii'liin Vrai'niirii nearly succeeded in creating a False God.   The host body managed to reach the transcendence stage and nearly split the Zan'val kii Zul'pashnaniir in two. It was only stopped when Zan'nal'takriin intervened alongside an army of 400 of the Realm of Wrath's most powerful Elder Demons.   The host body killed 328 of the Elders and nearly 100,000 other demons in the city of Janiil, where the host body was raised.   Had Zan'nal'takriin not intervened, then the host body would have reached the divinity stage.

When the host body gains knowledge of things that begin overshadow basic mortal understandings, it's then that it transitions to the Adolescence stage. The host body realizes what it is, a living vessel to hold vast amounts of knowledge for the sake of its necromancer. However, it also recognizes that it has the potential to continue learning. This realization of the host body also causes it to shift in its behavior. The body gains some sentience, and with its newfound hunger for vast amounts of knowledge, it begins to behave erratically.   During the adolescence stage, the host body also undergoes a drastic shift in power. The body learns how to perform magic, as well as gaining much more mental fortitude. For this reason, it becomes difficult to contain the host body, as soon it begins acting on its own accord.

There comes the point when the host body's knowledge and understanding of concepts begin to enter the realms of the divine. When this happens, the host body gains full sentience and such power that it breaks free of the chains of command from its necromancer. The body will more than likely also kill its creator, as it feels they are no longer necessary for its existence.   What also signifies this stage is the abnormal development of a fully functional mouth that's capable of speech as well as empty eye sockets. While in this stage, the host body's raw and magical power increases to the point where it becomes a significant threat to entire nations. In the later stages of maturity, the host body becomes near impossible to destroy by mortal means, even by a High Demon King or Archangel.

Once the host body's understanding of concepts unlocks the secrets of divinity, it reaches the next stage in its development: transcendence. In this stage, the host body becomes a force that threatens entire Planes.   The host body undergoes the most drastic transformation thus far: in another blinding light, the host body re-emerges from it, transcended. The body is no longer representative of that of a mere mortal. The body, although it retains its face and skin color, gains two wings protruding from its back as well as hair. Most notably is the dark halo above its head, a symbol of many concepts corrupted.   With its knowledge and understandings at the divine level, the host body begins to create its mantle. Its next goal is to become a god itself.

When a host body successfully creates its mantle, it's then that it genuinely attains the status of a god. But this god is unnatural and is something that doesn't abide by the laws of the The Primordials. A god of many corrupt and twisted concepts that cares only for itself. A False God.   A False God is a phenomenon that threatens to break the entire cosmos. False Gods, once they attain the status, have one final goal: to obtain all knowledge in the Universe for itself. And it will do anything to achieve its goal.   When the host body transfigures into a False God, it has the choice to transfigure into one of two new states: Corporeal Retainment or Ethereal Shift.   Corporeal Retainment is the state when the False God decides to keep its physical body. It then transfigures into a truly divine being. Just about everything that the False God once looked like will change. Should the False God decide to take this state, it more than likely forces worship of it onto mortals. Those who don't comply die.   Ethereal Shift is the state when the False God gives up its physical form. The False God becomes a supermassive ethereal entity that appears as a large white light with appendages resembling arms and legs. In this state, the False God cares not for mortals nor Planes. In its attempt to gain all knowledge, it begins devouring everything it comes across, digesting, and gaining knowledge.
Characters
Cover image: River of Dreams by KennethJensen

I decided to overhaul this article as I was dissatisfied with the way it was. The article is much longer and goes much more in-depth on False Gods as well as adding some lore regarding them and Infernus. 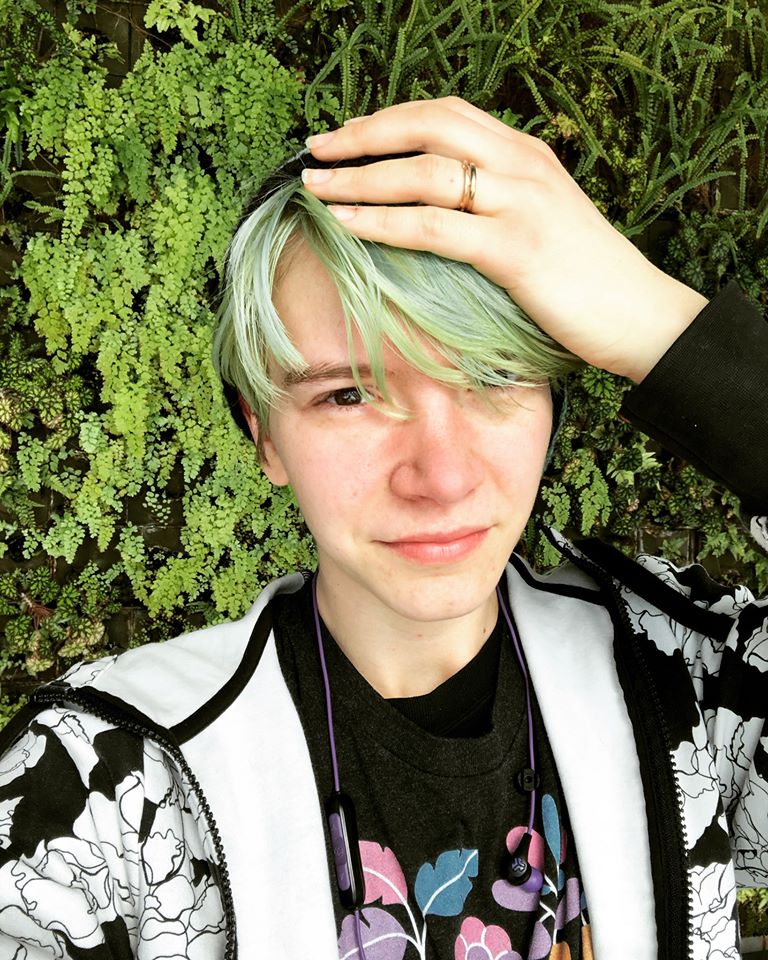