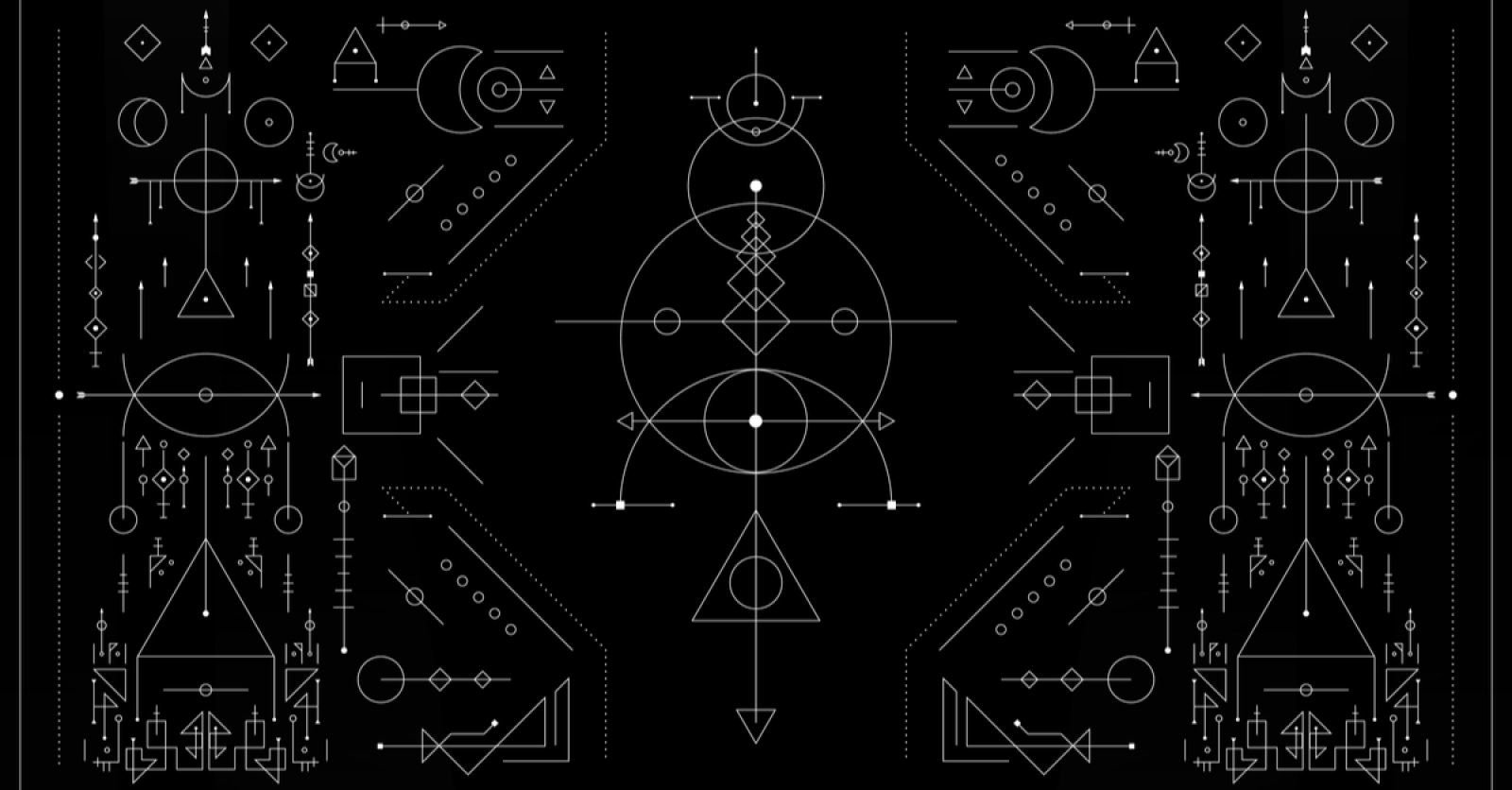 Sure I'm no mage, but that doesn't mean I can't solve the same problems as one.
—Adam Wilmstead, to Yuliin Felvaas
Adam Wilmstead is the protagonist of the upcoming web novel The Scholar's Great Work . He is a reincarnated human non-mage that lives in Infernus and, prior to his initial death, was an up and coming paracultist. Adam was murdered on May 3rd, 1882 when walking back to his home in Cambridge during the night. After his death, he was then reincarnated as a devil in Infernus, where he decided to continue his studies at the University of Janiil.   Adam is one of the leading students in his class and oftentimes goes on field expeditions with approval from the University. However, he decides that he wants to head into The Crossroads for an expedition, and ends up running into more than he could bargain for.

Adam Wilmstead was born on February 8th, the mortal year 1870 to Albert and Anna Wilmstead in the city of Bolton, United Kingdom. In his early years of life, Adam was a studious child as well as being proficient in mathematics. By the age of nine, he and his parents realized he was a non-mage. This didn't discourage a young Adam. Instead, Adam saw this as an opportunity to pursue what truly interested him: the paranormal and occult. When he was 11, he managed to get ahold of a copy of Heinrich Cornelius Agrippa's Three Books of Occult Philosophy, which further spurred his interest in the occult. Shortly after he also got ahold of Mary Anne Atwood's A Suggestive Inquiry into the Hermetic Mystery, which spurred his interest in both hermeticism and alchemy.   When Adam was 15, he and close friend Charles Lancaster visited Whitby Abbey, where both had a paranormal experience. Charles ran in fear, but Adam, instead of running in fear, felt a deep interest in what he experienced. Adam, who at this point was already questioning his Christian upbringing, felt that there was some sort of explanation to what he'd witnessed. Upon returning back home, he began to incorporate paranormal activities into his studies.   Not long after his trip to Whitby Abbey, Adam's parents discovered Adam's fascination with, what they considered, "the Devil's teachings." Adam was threatened that he would be sent off to join the Church if he continued his studies. Knowing his parents were serious, as well as devout, Adam played along with his parents' wishes. For another year, Adam continued his studies in secret, often staying up late to some studies and hiding his material under a loose board in his room, all the while keeping up a facade of religious devotion.

Cambridge and the Black Order

After his 17th birthday, Adam's father, seeing that his son had "changed" his life for the better, announced to Adam if so desired, that he'd pay for an application to Trinity College, Cambridge. The next year, Adam was accepted into the College under the terms that he'd study to become a mathematician. This played out well for him, as indeed math was something that interested him, but would also compliment his secret studies. During his second year, Adam met John R. Harrison, another student that was interested in both the occult and paranormal. John, finding out of Adam's true intention of being in the college, revealed to him that he himself was a paracultist (one who uses both math and physics to try and explain paranormal phenomenon in relation to the occult). John then invited Adam into a small but secretive organization known as the Black Order of Hermeticism.   For the next year, Adam studied rigorously, becoming one of the best mathematicians in his class. While not in his normal studies or pastimes, he was more often than not with the Black Order. In his time with the Order, he, John, and several others theorized on supernatural events occurring in the natural world. Adam for the entirety of his third year regularly spent two to three hours researching or trying to prove the Order's theories.   After graduation from Cambridge, on August 7th, 1890, Wilmstead traveled to Paris in France, claiming that he wished to see the Notre-Dame of Paris. In reality, he was going to meet up with another chapter of the Black Order that claimed they had made a major breakthrough regarding alchemy. Although the claims of the Parisian chapter of the Order were false, they were much bigger and more focused on alchemy than the Cambridge chapter. Wilmstead took the opportunity to continue his studies with the Order; the Order oftentimes meeting in the Paris Catacombs.

The Black Theories of the Unknown & Leah Wright

Wilmstead spent a year with the Order in Paris, beginning his first written work on his own theories regarding paracultism. On September 27th, 1891 he left Paris back to Cambridge, stopping several times in other cities and towns. He returned to Cambridge on December 2nd, 1981, where immediately he returned to work with the Cambridge chapter of the Black Order in an abandoned building on the University's campus. There, he and Harrison began on a collaborative work they called The Black Theories of the Unknown.   Shortly after beginning the work, the two drew the attention of their President as well as many other members of the Order. One member, in particular, Leah Wright, became interested in Wilmstead and Harrison's work, requesting the two to allow her to join in the Black Theories. On July 9th, 1891 Harrison had to leave Cambridge due to a family death, leaving Wilmstead and Wright to work on the Black Theories. Soon thereafter, only the two were left to develop the Theories, oftentimes staying up into the early hours of the morning. Wilmstead often walked Wright back to her home, the two putting aside their work and talking about themselves.   In October of 1891, Wilmstead and Wright, having begun a relationship by the time, traveled to Venice, Italy. On the night before leaving Venice, Wilmstead proposed to Wright.

Wilmstead returned to Cambridge in December of 1891, returning back to his work on the Black Theories with both Wright and Harrison. When the first draft of Theories was estimated to be near completion, Wilmstead decided to begin work on alchemy instead of the usual paracultism. In February of 1892, he began his first personal work Transcending Beyond Our Natural Chemistries.   As he was about to publish his first work, he returned to Bolton, revealing to his parents what he had been studying and working on for the past few years as well as announcing to them of his engagement with Leah. Initially, his parents were disappointed, but shortly after, told Adam that they wouldn't disown their son for what he loved. Adam and Wright stayed in Bolton for two weeks, sharing with Albert Wilmstead of their workings; Adam's father taking some interest in what his son had been up to while he was away.   On April 28th, 1892, both Wilmstead and Wright returned to Cambridge, with a blessing for a successful relationship and future marriage by Adam's father in the form of money. The two purchased a small, but upper-class home there.   On May 3rd, 1882, after completing the first draft of Black Theories of the Unknown, Wilmstead, Wright, and Harrison planned to celebrate by going to their local pub. Wilmstead, telling his fiancé and colleague to leave without him, stayed behind to organize everything they had worked with as well as placing the Theories in a secure location. While the sun had already set, Wilmstead left the Order's building, traveling to the pub alone. While traveling, Wilmstead was approached by two men who asked him for money. When Adam reached for his wallet, one of the men stabbed Wilmstead in the abdomen. Wilmstead died due to blood loss some minutes later.

Article is still a WIP since other lore still needs to be added to A Scholar's Magnum Opus. This is also the first time I've done a character article so I'd appreciate any feedback. Thanks for taking the time to read through my article.