The Elder City, Xathrus, is the oldest known mortal settlement on the continent of Oerth. It was founded in the first era only a few short years after the Spelltowers of Rizion were raised and served as a bastion for mortals against the tides of monsters, beasts and Outsiders that ravaged the lands. Destroyed and rebuilt many times by the Magisterium over the eras, Xathrus' architecture is a sprawling nonhomogenenous landscape of high rising black marble spires, glowing glass, tenser bridges, flying personal estates, and iron-wrought fencing. Resting upon the cliffs of the Sea of Mithris, Xathrus overlooks the crashing ocean below as its outskirts embroider the pine flocked hills that roll down towards beaches of black sand.   Xathrus is a city that never sleeps. A city of endless lights, wonders, curiosities, and secrets. Xathrus is the birthplace of magic, and it is here that the greatest mages, wizards, and sorcerers of Orr have sought their contemporaries. Xathrus is also the seat of the Magisterium, where the councils of mages that oversee the direction of the Elder Realm have long gathered to discuss poltics, war, and the practice of magical arts while governing the lands of Dalair.   The city of wizards is protected by innumerable arcane methods, some of which were crafted in the first era at the height of the Magisterium's power. It is also a city guarded by the black dragon, mighty Kalkorix. 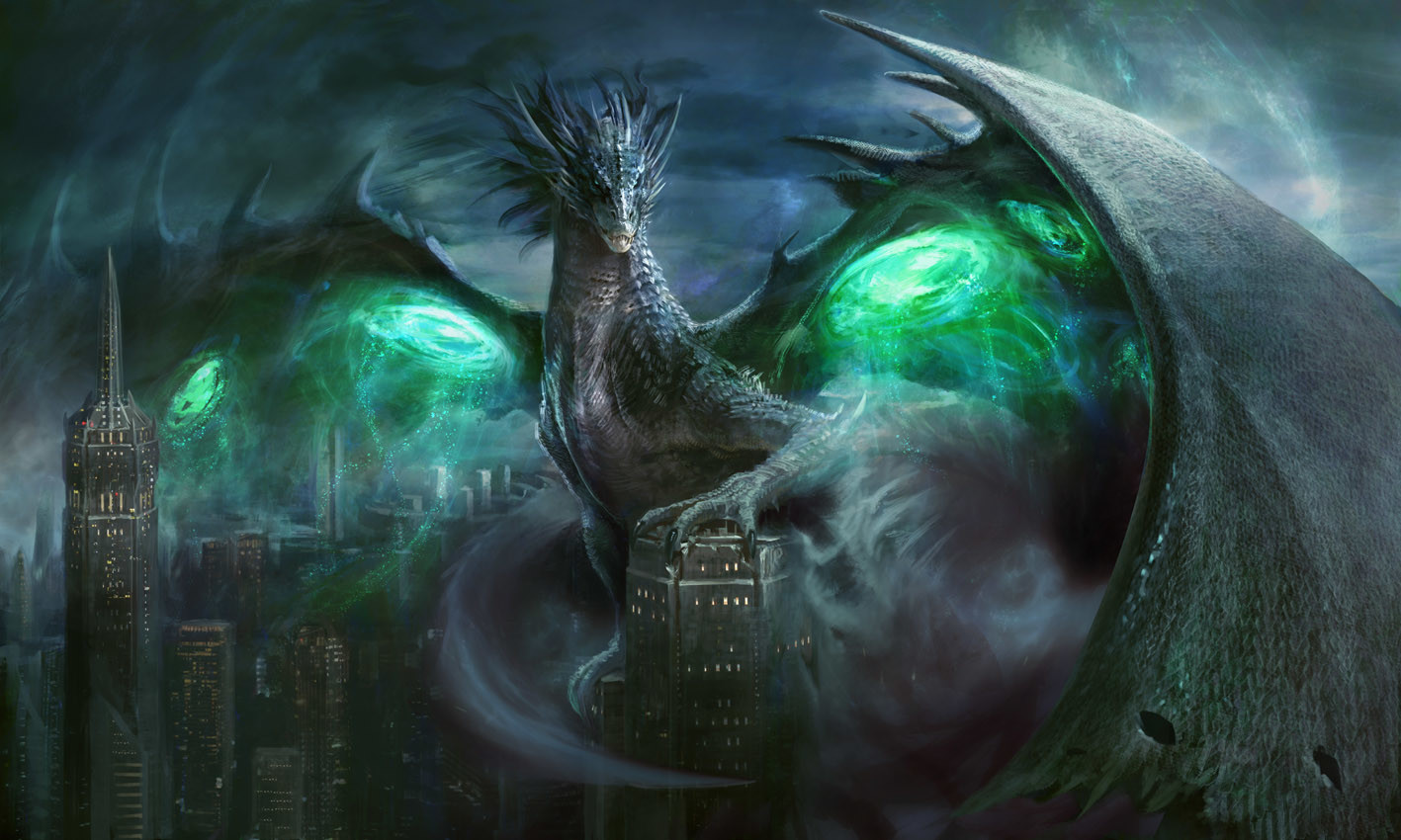 Castle Xanatos is the seat of power for the Magisterium. It is here that the councils of sorcery are held, where declarations of war are wrought, and treaties between the great nations are signed. The castle is considered by some to be the most fortified, and well defending site in the world of Orr. Eons of magical wards, barriers, illusions, and arcane traps have been inscribed upon its walls, and legions of Eldar patrol its grounds, and corridors. It is one of the oldest monuments in the world, having been built in the first era following the end of the Cataclysm, and strengthened over the centuries by magical means. Only the members of the Magisterium's councils of sorcerers, their guardians, and familiars are allowed to tread within Castle Xanatos' halls, leaving much of its construction, wonders, and mysteries to be speculated upon by the uninitated.


The Library of Myrddin

Containing the largest, and most extensive collection of magical grimoires, and arcane artifacts in the possession of the Magisterium, the Library of Myrddin is the foremost center of magical knowledge in the world. It was named after the first Dragonspeaker of Dalair, Myrddin Emrys (sometimes simply referred to as Merlin), who both lead the Magisterium during its early days and was the first mage to complete the Trials of High Sorcery in the Circle of Nine. The Library of Myrddin began as a personal collection of the grand wizard himself that was bequeathed to the Magisterium upon his deathbed. While the Library is open to the public, one can only gain admittance to its innermost chambers, vaults, and magical sepulchres if they are a member of the Magisterium's council of sorcerers. 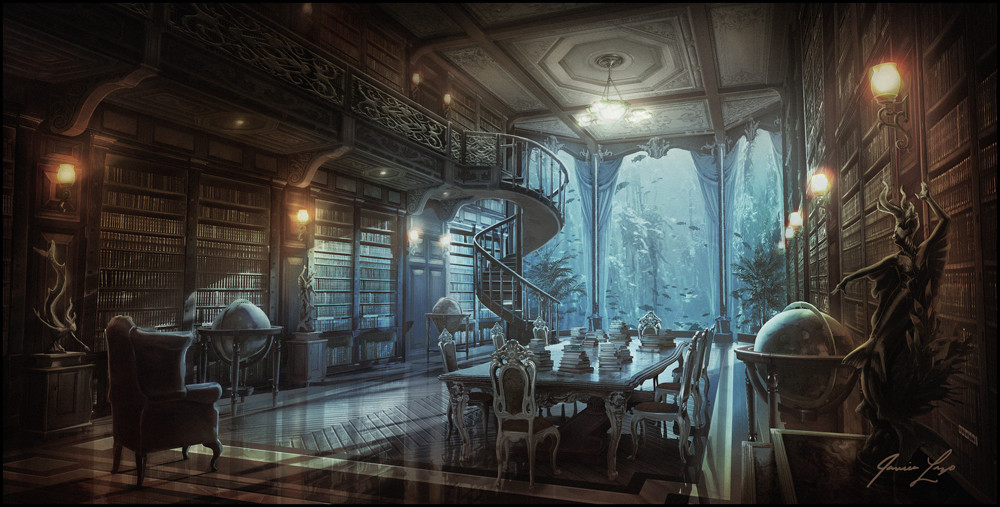 While the Outer Spheres (the planes) still remain quite mysterious to the inhabitants of the prime material world, Xathrus' Planar Orrary is a magical research site dedicated to their study, and understanding. Here, calculations of Planar Drifting are made, celestial leyline maps are drawn, portals are opened for wizards to delve into the great Beyond and return with insights of far off worlds, and dimensions unknown. While the Planar Orrary is overseen by the Magisterium, the orarry allows mages from all across the world to bring and test their planar experiments (so long as they have the means, and the gold to make use of the equipment provided). 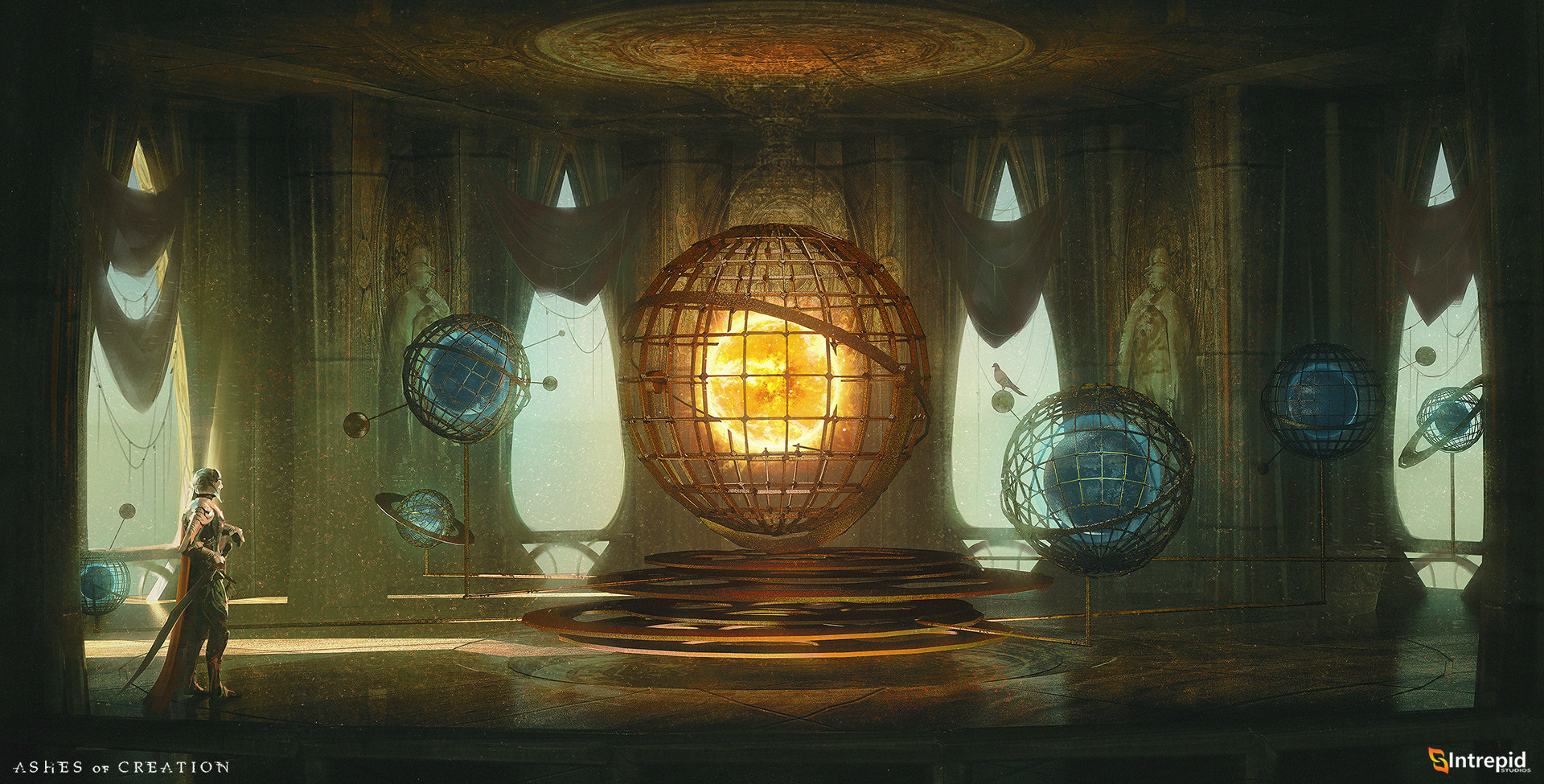 Ashes of Creation by Ryan Richmond

Soaring above the skies of Xathrus is a sailing keep maintained by the Eldar known as Stormwind. Here lie the drake hatcheries where winged beasts are trained for knights to ride and deliver death from the skies to the enemies of the Magisterium. Stormwind was raised into the skies only a few decades following the invention of the airship in the lands of Drin as a precaution against an aerial attack, and has since evolved and grown into a premier training ground for dedicated Spellknights, and Arcane Duelists of the Elder Realm, second only to the fighting schools of Mordred in the north.

Xathrus is the central hub of a large network of Teleportation Gates scattered throughout the lands of Dalair. These gateways allow for military forces of the Magisterium to quickly respond to threats against Dalair, or retreat from losing battles (making them even more deadly fighting force for their enemies), and allow for resources throughout the Elder Realm to be quickly supplied to settlements in need. Use of these gates is monitored closely by the Magisterium, and civilians who have not received authorization from the council of sorcerers must pay an exhorbant fee for this service, but many merchants in Xathrus will attest that the gold is well spent if properly invested. 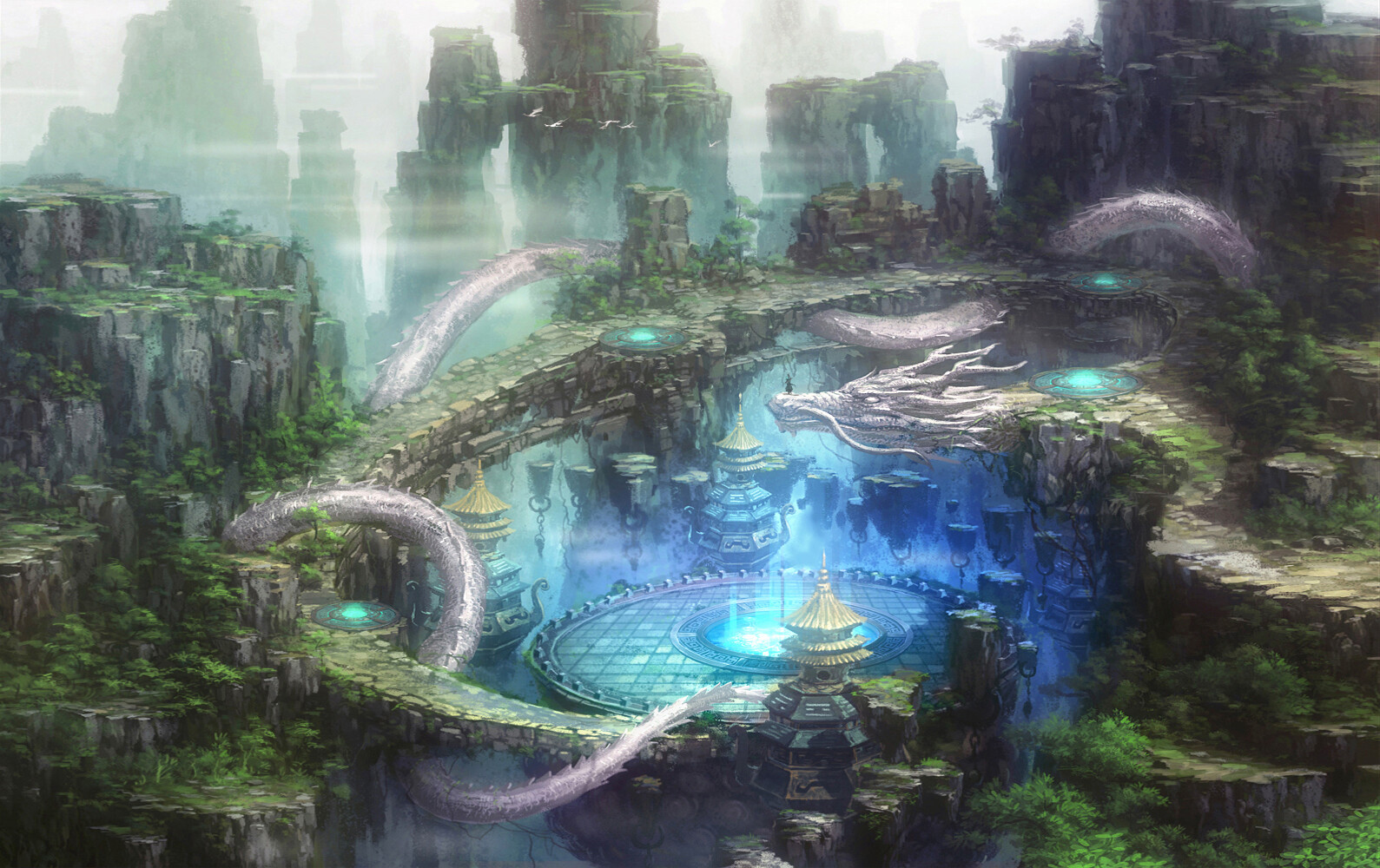 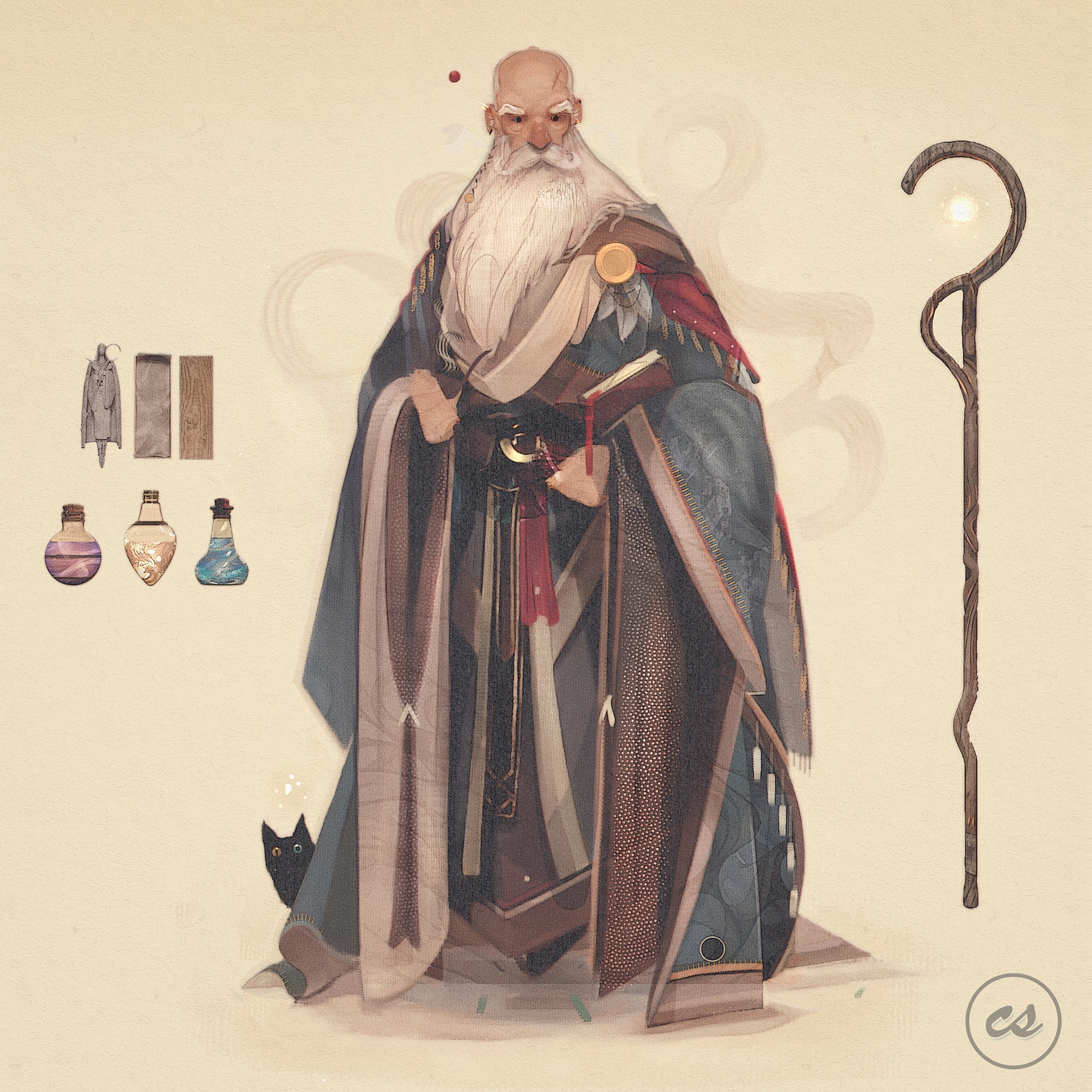 
The Dragonspeaker of the Magisterium in the current age is Tycerius Orrigon, the first human ever elected to the role. Tycerus completed his Trials of High Sorcery at the Circle of Nine in 5078AR and became Dragonspeaker in 5130AR.