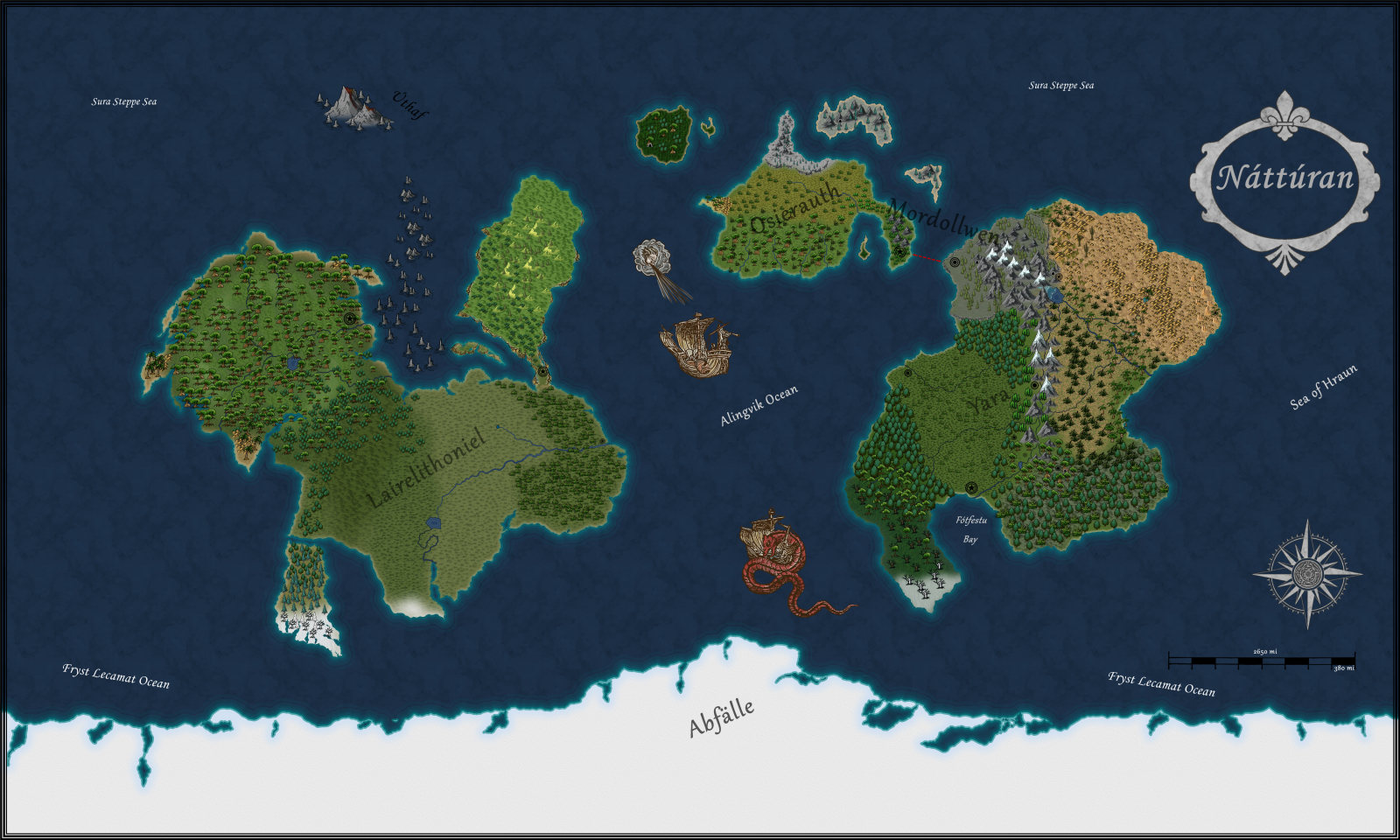 Snofoxx
In the beginning of our known history, Náttúran thrived with life and production. Her people were invaluable to the blood that ran within her veins. Dragons coexist in nature with her people. The elves believed the power within the Primal Bloodline was the main source of energy in life; many of them using this power to guide them and protect the lands from evil. Throughout her lands, temples were erected in honor of her people's faith to the Gods. During this time, there was peace. The Dragons watched over the lands and the elves trusted in their faith. As all land must be cleansed, so must Náttúran's. As the lands started to change the Dragons began to worry about their survival; more so the survival of their offspring not yet born. During this time, the Dragon guardians morphed and seduced their faithful, passing on their gift which gave the elves the endurance they needed to withstand the coming changes.   The cleansing of the lands took about five hundred years. As her energy slowly spread through her veins once again, her people awoke from their sleep. The chosen ones remained strong as the souls of her lost fed her while she slept. It was found that anyone with the primal bloodline running through their veins survived even the harshest climate and took shelter where they could grow. Naralagon has since come and gone, life now returning to cities rebuilt. The phrase, SVAKLAR MITNEIC ERLELEE MEETS SJACH…YTH NISHKA EHTAH MARTIVIR is etched on every temple. It means, where light’s embrace meets shadow…we shall have peace.   The Anorâlfur are egotistical and greedy, always looking down on others not of their kind. But when needed, they are there slobbering at the feet of the Ithilâlfur Queen. They avoid one another like a plague. But alliances need to remain strong and so the princess was supposed to wed the prince. Though she was very hopeful and quickly fell in love, he had other plans. Their courtship started strong, but his hate was stronger. It would not allow him to give her his heart. He fell in love with a beautiful Anorâlfur, the granddaughter of an elder. When the princess learned of his deceit, she fled her home. Later learning of her pregnancy, she confronted him and he refused her. He told her she should have been more careful and wanted nothing to do with her. After giving birth, heartache tore through her and she passed into the afterlife, alone, in her sleep, at her best friend’s house; leaving her to care for the baby.   It is now 2972 AN, these lands have been safe for centuries. Sure there has been war, but most of us, don’t recall the outcome. The battles have lasted only a short while, and one side was always severely out numbered. During this time, those that shared the Primal Bloodline felt the power coursing through their veins. Though the lands have been ruled jointly by the elves and humans, the Anorâlfur always felt they were above the others and worked strongly to harness their own powers. They didn’t always agree with how to do things and so walls were built and barriers created to keep the others out. The only desire the Anorâlfur had with the Ithilâlfur was their magic silk thread. In an attempt to avoid having the most powerful queen his enemy an alliance was formed between the Anorâlfur and Ithilâlfur. Though turmoil has left them a bitter end; the Dökkâlfur are their real enemy. After all, they are the elves under the mountain, and they blame all the others for their exile underground; so the Kings and Queens continue working together to protect Lairelithoniel.   The eastern lands have been controlled by the Dökkâlfur for thousands of years. They live underground between the continents of Osierauth and Yara, in Mordollwen. Though the dökkalfur do little harm to the elves, the same cannot be said for many others. Their agreement with the Škriatok and Dvergur is that they build a tunnel to connect the two lands, deep under the sea waters and they will be kept unharmed. For a long time, this agreement has been acceptable through many changes of command but recently it has been told that the Škriatok are demanding more payment for the work. Negotiations have been in the works for over a century but war is now upon them. The Dvergur need the Škriatok   "In the end Primal Mother and Father will protect us, for we are her people who keep her safe and it is said that one day a child will come forth and heal these lands."
Tweet