Vjin (v̂v́v́jín, roughly /ɸ͎̋ɸ͎́ɸ͎́ʑ́ín/) is the most common Griavin language. It is assumed to have formed from the amalgamation from two separate languages due to its distinct inclusion of whistle sounds.

Vjin uses a flowing script derived from calligraphy. Each word is written from left to right in one continuous line barring diacritics, clicks, and whistle syllables. After each line, the overall writing direction alternates, but the writing direction within words remains left to right.   Front and back consonants use the same base symbol with the corresponding back consonant marked by a simple line diacritic. High tones use a taller variant of the symbol for the neutral tone, while low tones use the same symbol flipped below the baseline.   The table below shows the vowels and regular consonants of the writing system. Where two characters are shown, the character on the left is used at the start of words. 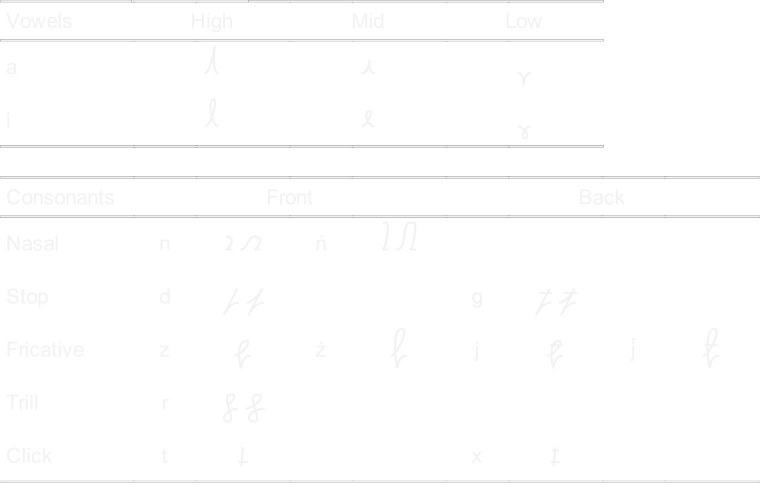 Whistle syllables use a separate system combined into the primary writing system. Whistle sounds are written as diacritics top-to-bottom along a special character in the main script. Each such character can represent up to three whistle pitches, meaning some whistle syllables require two such segments to write. The whistle diacritics can be written on either side of the base character.

The Griavin vocal tract is markedly different from that of humans, and as such the pronounciations given below represent the closest equivalent humans are able to produce. In particular the whistle is a rough approximation, since it is produced by a dedicated structure in the breathing apparatus of the Griavin, and they are unable to produce a labial sound as it is described in this article.

The language uses tones with most of its phonemes. Tones are often omitted in transliterations intended for audiences not familiar with the language. There are three classes of tones:

The vowel tone system applies to a and i and uses three tones; neutral, low and high. In the transliteration, these tones are notated as diacritics:

Some of the consonants can also have tones added. By default, consonants take the pitch of the nearest vowel in the same syllable, but an added tone emphasizes the consonant and raises its pitch above that of the vowel. The possible consonant tones are as follows:

Finally, the whistle consonant has five distinct pitches. There are two common ways of notating this in the transliteration:   An alternative system of notating whistle syllables simply marks the whistle by a v, followed by the tone sequence in brackets, for example writing v[544]jín.

Vjin has two distinct syllable structures. One consists exclusively of 1-5 whistle sounds, while the other does not include any whistle sounds and has the following structure:
(C1) (C2) V (V) (V) (C3)
where:

Verbs in Vjin always have a root with three vowels, the tones of which are used for declination. Declinations are made according to the following table:     *Note that a constant pitch over three instances of the same vowel is not allowed. If such a situation occurs, another instance of the same vowel with a different (usually adjacent) pitch is added after the first two.   A few suffixes may also be added to verbs.

Nouns have a root of at most two vowels and never end in an open syllable with a single vowel. Tones are not directly used for any kind of declination and may distinguish between similar words.   Nouns are marked with a suffix which is defines both case and number. The following number categories exist:

Though the case-marking system allows for fairly free word order, the convention is to use a Subject-Object-Verb word order. 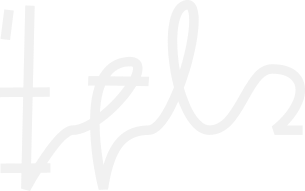 The name of the language written in its native script.
Common Phrases
j́ìiár
"you will soar"; common greeting comparable to "farewell"