Malina Petrova was born to a boyar and a mysterious, absent woman who lives in the wild. She was the youngest of seven daughters but received an equal amount of attention from her father to her sisters. Her relationship between to her mother was a bit complicated, as the latter would only appear in her daughter's life during the hottest days of the year, though she did take her daughters away with her for a year at a time once they came close to maturity. While Malina was not old enough she was taught some limited magic as a way to lead her down a certain path, later in life Malina would use it as a way of feeling close with her mother. While her mother was gone Malina was nurtured by her aunt and taught how to use a spindle and follow the teaching of Mokosh, All her sisters had the gift of magic and were all well behaved and got along for the most part.    Malina's adolescence was exciting as she showed signs of becoming a wise woman, Malina started to realize that her father was becoming more strict talking about the old ways around the house, he was soon inviting other important families to sit with him at his table. Hands were shook and a deal was made. During the lead up to the wedding of the eldest sister, Malina was traveling with her aunt when they were set upon by some men who viciously attacked the traveling group, backed into a corner Malina's aunt unleashed her fury and killed several attackers before being killed in front of Malina. Malina was put in irons and whisked far away from her home and her family to be lowered as a slave and political prisoner.   Malina was brought to Prince Trofim Andreevich of Ladeisk to work as a slave but also to keep my father and the other volkhvys from turning on the rest of Nor. Malina was able to hold her own when it came to work and even as a child she was capable of creating beautiful tapestries. Malina was also in tune with the earth, plants and animals that lived on it. She grew along side these plants, animals and other slaves tied to these new lands until she came to the realization that it is not the land that is different but the people, she still felt the same wind, the same spring summer, fall and winter as she did when she was younger. She then started making plans to reach out to her sisters through her works and messengers, and help them build back as they bide their time for the right moment. She used her magic to sew the fields and fabrics for her master.   One day, the prince summoned her to perform a service for him. A group of his attendants, popularly known as the Serpent Slayers, had left town on a personal mission. Around the time they left, attacks from the walking dead and unclean things began to break out in the city and its environs. Soon, there were reports of armies of shapechanger wolves terrorizing the countryside. The prince ordered Malina, who was known to have an affinity for the wilderness, to travel through hostile terrain in order to fetch the Serpent Slayers, and bring them back to help defend the city. It was understood that Malina had little choice in the matter, as the prince held the power of life and death over her family.   Soliciting the services of a giant bat, Malina flew to the outskirts of the village of Vladykino, thus avoiding the rampaging wolves below. There, she met a hermit named Nil, who told her that the Slayers had gone into a cave about an hour downstream from the village. Malina located the cave, and then helped the Serpent Slayers negotiate deadly obstacles, fight off a viy, and bring two petrified bogatyrs back to life. She then accompanied most of the Serpent Slayers back to Ladeisk.   With the city preparing to face a prolonged siege from two sides, Malina recommended that the prince seek allies. The prince listened to her wise words, and asked her to accompany some of the selfsame Serpent Slayers to the Principality of Galinda, to offer one of his younger sons, or his daughter, in marriage to one of the children of the Galind Grand Prince. Secretly, Malina also wished to go on this mission because she knows that Galinda is the last remaining state ruled by princes who still follow the Old Ways, and she wants to see if any allies to support her own cause can be found there. 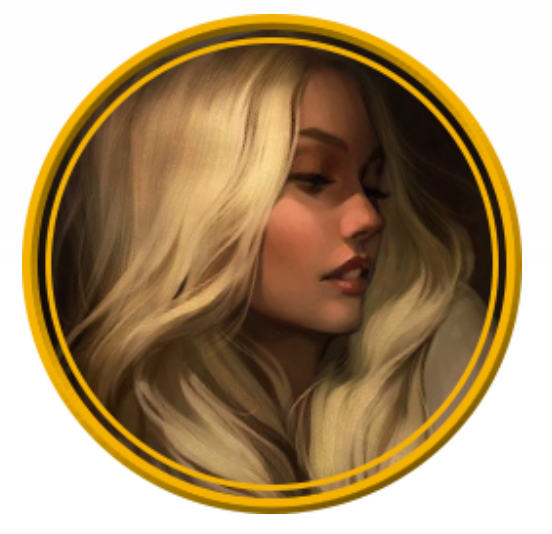