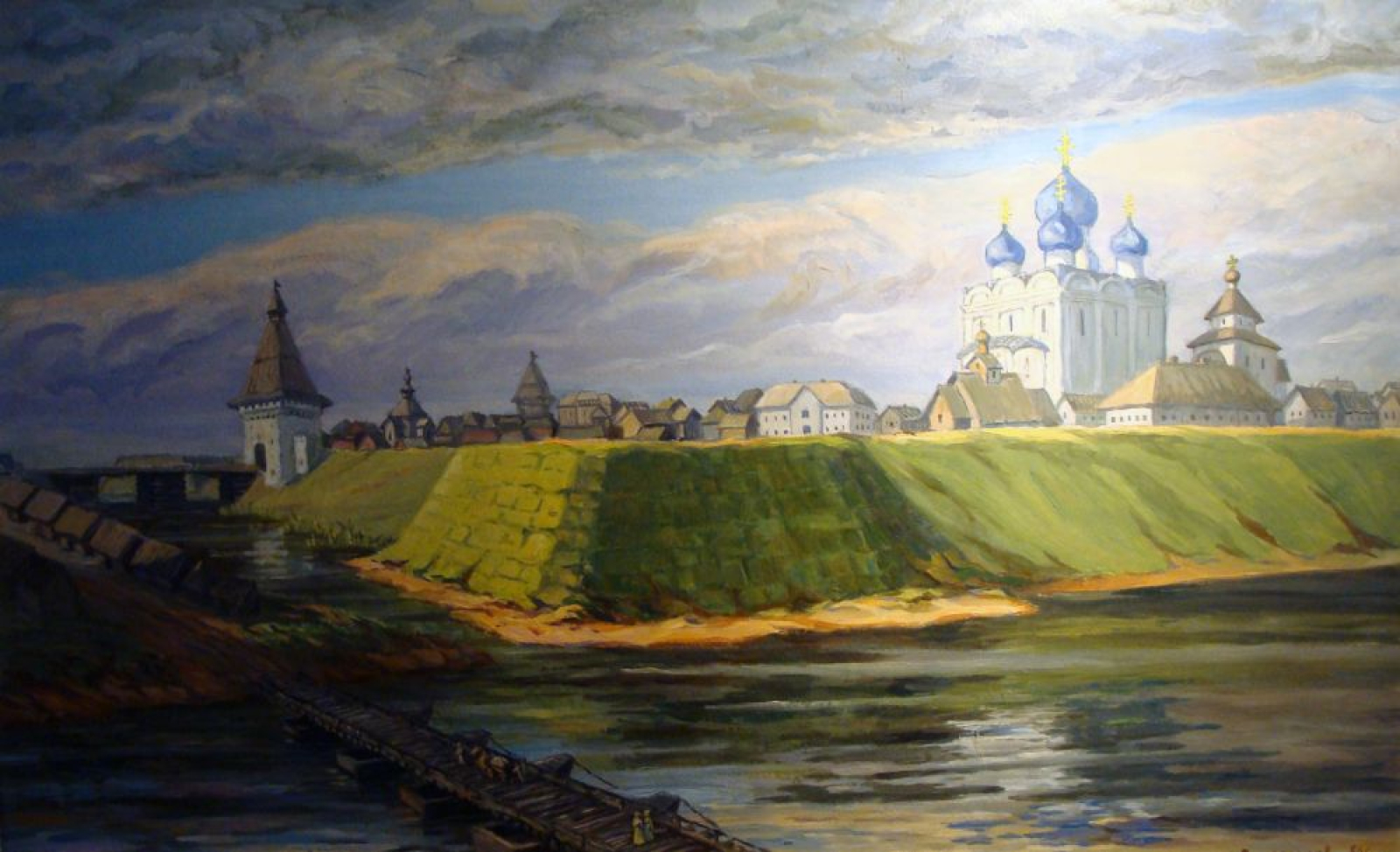 Ladeisk is an important city in eastern Nor'. Standing on the Udena River, roughly two weeks upstream from Udyn, it is both an important commercial hub, and a political center. The branch of the Alferovichi dynasty that rules Ladeisk is one of the key contenders for primacy in the Grand Principality of Bogumil. Though the city is smaller than its main rival, Kliakva, its strategic location and richer surrounding countryside give its rulers reason to hope that it will be successful in uniting the Land of Nor' under their leadership.   Ladeisk mainly survives on the proceeds of taxation, duties from north-south riverine trade in furs, honey, horses and spices, and its shipyards, which enjoy the reputation as among Nor's largest and finest. Increasingly, the size and sturdiness of its ships results in more of the Udena trade being carried on its vessels - a fact that draws the envy of its rivals.   The Ladeisk citadel sits on a promontory at the confluence of the Udena and the Pat', rivers. It is surrounded by a thick wall that is designed to withstand all but the most massive siege engines. The citadel itself occupies nearly a quarter of the city's territory, and is virtually a city unto itself, containing numerous workshops, churches, storehouses, stables, and taverns. Among the religious establishments located here, the Convent of the Dormition is the most famous and beautiful. The main docks of the city are located below the outcropping. Secret passages within the cliffside are rumored to exist, allowing the city to be well provisioned during a siege, and also to allow those besieged to escape if the need arises.   Opposite the citadel, on the eastern bank, are the Ladeisk shipyards. Even in winter, the hammers and axes of the shipbuilders ring out throughout the the day (some ships are even said to be provisioned with runners, allowing them to sail along the ice). Both the citadel side and the shipbuilder side are loci of markets throughout the year, though the main fair falls on the Festival of Noya-Kupalo, late in the month of Krasen'.   Weapons-makers and icon-painters are also well represented in the town.   The Ladeisk princely family has a reputation as among the most martial and pious. The city was sacked and largely destroyed during the Kochmak invasion, and ever since, its rulers have harbored thoughts of revenge against their overlords, though they recognize that this is impossible without the cooperation of other Norik princes. There is also a persistent rumor that the main force of bogatyrs is located somewhere, in suspended animation, on the territory of the principality. The location has not yet been found, but the search is one of the key long-term goals of Ladeisk's rulers. On account of their militancy and proximity to Udyn, its rise to power has so far been checked by the Khan's proxies, and by Norik rivals, but on several occasions, Ladeisk princes have born the title of Grand Prince.