Dmitri is a large, muscular, scruffy man, covered with scraggly black hair, with brown-yellow eyes, unusually sharp canines, and an unsettling grin. He is also volkolak, and is missing his left arm.   Dmitri is tough customer in battle, and self-reliant in the wilderness. He can be quick to anger, and has a bloodthirsty streak, though he occasionally exhibits a dry sense of humor, and is prone to assigning nicknames to people and things he meets. The loss of his left arm did little to change his character.   Dmitri's father, Vladimir Draganovich, was the head of a pack of skinshifters that have lived near a village called Orlovka for at least a generation. The pack used to prey on the village, but in a controlled way, that allowed a semblance of coexistence. The village was half-pagan, which meant that it had very little external protection from the pack’s predatory behavior.   When the village's owner - a boyar named Viacheslav Orlov - married into the princely family of Kliakva, the family began to send many of the village youth in the prince's army. Not wishing to fall afoul of a powerful local magnate, Vladimir Dragutinovich tried to deal with them, instead of risking catastrophe for the pack. He took his son, Dmitri, to Orlov's fort, shortly before his shapechanging proclivities became manifest as a way of removing pressure from the pack, and also protecting him.   The prince’s people took Dmitri in and trained him, stationing him, variously, at the fort, and in towns in the prince’s territory, where he trained and served in the local garrison. At one point, his superior wilderness skills attracted the attention of some rangers that served the prince. Dmitri were sent for a year to a remote outpost, but then returned to his home fort with a couple of fellow rangers. His new job was ostensibly to patrol the woods and to bring game to the boyar’s table. But it became pretty clear to you early on that he was also supposed to exhaustively explore the surrounding area, mapping trails, studying the defenses of surrounding villages and forts, and noting the lairs and dens of the various creatures that live in the woods, and to report his findings to the advisors.   Soon, Dmitri was called into an audience with Viacheslav Orlov, who informed him that the unit was being disbanded. He told him that the prince was disbanding the unit, because his relationship to the Prince of Radomysl - the local prince - had changed. Privately, Orlov implied that the real (or an additional) reason was the renewal of attacks on the village of Orlovka. He couldn’t be seen as associating with anyone connected with the pack. Since that left Dmitri without a means of support, and since his father indicated that he needed to take care of himself if you wanted to survive, Dmitri asked Orlov if there was anything he could do for him given Dmitri's years of faithful service.   Clearly uncomfortable with the outcome, Orlov told Dmitri there was another boyar in a nearby village who was soliciting the services of someone with who felt at home in the wild. He gave Dmitri a letter of introduction, and sent him off to Yurii Yelizarov, who has a fort located about 10 versts north of Orlovka, north of the Vydra River. When Dmitri met Yelizarov, the boyar told him he wanted someone who is a good tracker and woodsman to keep tabs on several young people in his village (Yelizarovka) who he thought were involved in a smuggling ring – moving goods upriver, and not paying duties to him – the legitimate landowner. He wanted Dmitri to follow them when they go off in the woods to ostensibly set traps, to see where they go, if there is some sort of hideout where they receive goods, and who their contacts are. He wanted Dmitiri to watch what they did, and to report all the relevant details back to him. He offered to put the ranger up at his fort, and let him eat at his table while he was in his employ.   The job proved a star-crossed one for the shapechanger. After starting to trail the smugglers, he was nearly killed by a spirit that haunted a cairn near the smuggler's hideout. There, he also met the party of suitors, who were also looking for the smugglers. The suitors encounter with the smugglers left one dead. As he was technically the boyar's dependent, Yelizarov initially blamed Dmitri for his death, and for leaving the body in the woods. But after the ranger brings it back, he and his new acquaintances discovered that Yelizarov was apparently working with the smugglers, and had Dmitri spying on them in order to renegotiate their deal. Lionia, who was also involved with the smugglers, somehow placated the boyar, and convinced him to release most of the party members to go about their business. He was in favor of convincing Dmitri to join them as the operation's muscle, but also opposed to sacrificing part of his share to him.   Dmitri's first trip into the warren with the rest of his newfound companions nearly proved fatal. The party found the granary, but the skeletons there wounded the wolfman, shattering his left shoulder. Attempts to reattach his arm proved futile, and the party took the ranger back to Yelizarov's to excise his arm. Subsequently, the injured Dmitri returned to the warren and fought valiantly, only to be wounded again by a rusty blade, as a result of which, he contracted lockjaw.   After the party finally found the treasure, Dmitri decided to return to his father, hoping that his share of the money would restore his arm. He has not been seen by the rest of the party since.   His current whereabouts are unknown. 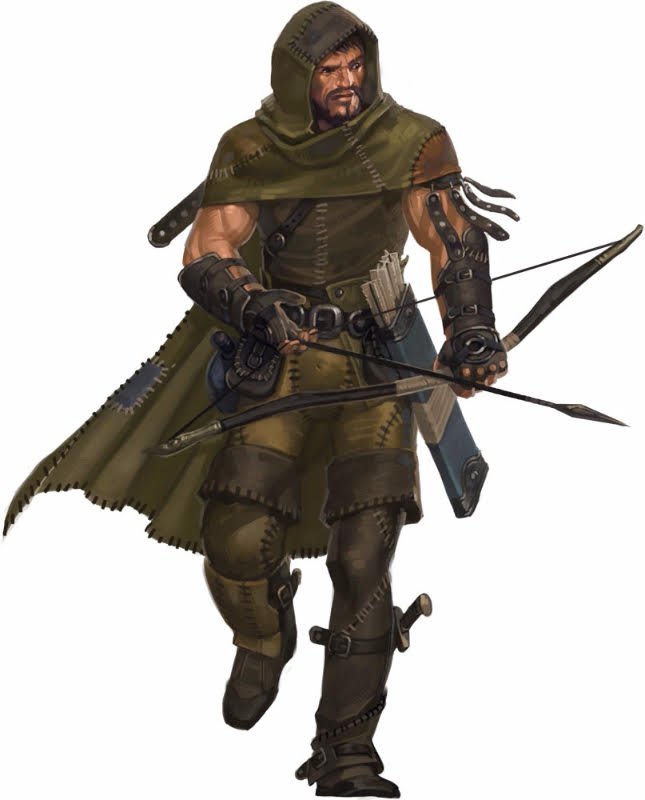