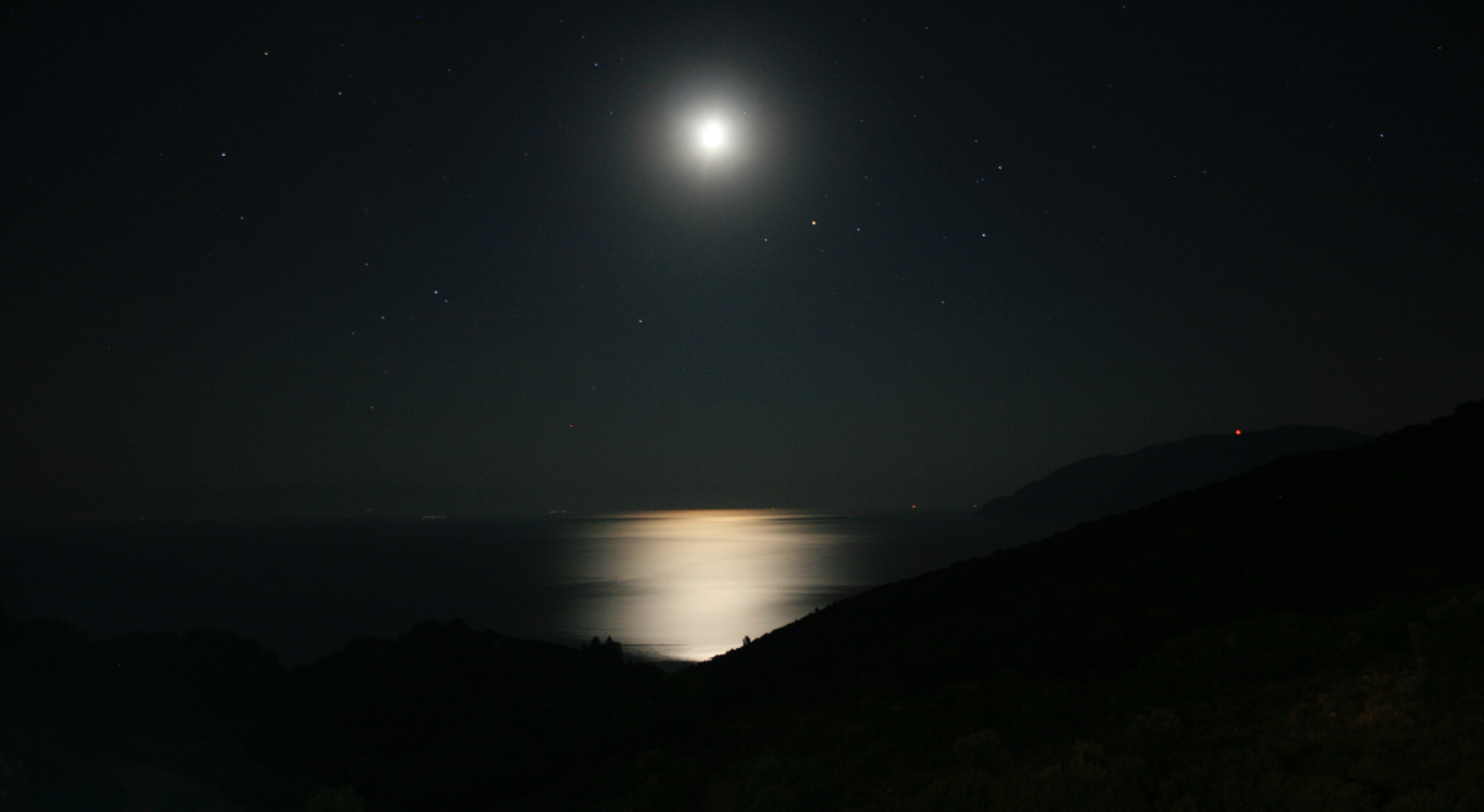 By the light of the first moon
we send you out to sea.
May your ship lead you to Duna
where your soul will be free.
We loved you in life
We love you in death.
We pray Duna's grace
will help you find rest.

While Duna, the god of the moons, was creating Emtia and the unicorns, Xana, the goddess of the sun, laid out her world Tenlen. Tenlen is a hot, dry, desert land filled with fire-breathing creatures and the people who worship them.   Xana was very pleased with her creations until she saw Duna's unicorns, the peaceful humans that lived among them, and the colorful Saniro Forest. She grew jealous that what he had created was much more beautiful than hers, and she started thinking of ways to corrupt Emtia.   After many failed attempts, she realized Emtian youth would be the most susceptible to her influence. She sent messages of corruption through the sun's rays into the young people of Emtia, giving them dark nightmares as they slept. The nightmares went on for about a week, showing the youth horrific images. No one knows what they saw. Many of the afflicted succumbed to the terror and died. The few that survived were unable to talk about it and forever changed. The Emtian people called this event Nightmare's Death.   The first incident of Nightmare's Death was in the year 355, shortly after The Book of Duna was written. This was also the first time the Emtians had ever experienced death among them. Myrsi, though as heartbroken as the humans, instructed them on how to create a vessel that would carry the diseased out to sea, to Duna. It had been believed for many years that that was where he lived.

The people of Emtia will craft a boat specifically to be used for the ritual, and each boat is attached with a lantern at the bow.

Usually the Minister of Duna will conduct the proceedings, while the deceased's close friends and family attend. In the event of a Nightmare's Death, however, the entire kingdom will be there.

The rites are observed only when the First Moon of Duna is visible and full above the Eastern Sea.

"Duna created the moons, Lina created the stars, and Xana created the sun. Once they were done, they each chose a region of land to call their own and create whatever they wanted."   "Duna wanted to keep Emtia as beautiful as he could, and he also wanted to fill it with sentient beasts, so he created the First Unicorns from the leaves of the Saniro trees."   ~ Excerpts from The Book of Duna.

Nightmare's Death is an affliction that affects only the youth and comes around to Emtia every 100 years. Every 100 years, a large number of Emtians between the ages of 10-17 fall victim to this curse.

One of the First Unicorns, created by Duna for love and compassion. Her coat is silver-grey, her horn the color of pearl, and her mane and tail are white.

I love the quote used in this article as they help the reader understand the importance of the ritual. the opening is also very well done. overall it was a good read!. Keep up the good work

Very nice article indeed. Sheds some light on the history of the Emtians as well, which I was certainly interested in learning more about following your other article about their enslavement. Breaks my heart that Gods tend to be so vain, capricious, and jealous. Leave the Emtians alone! *cries* Wonderful article, keep up the good work!

I know, I feel so bad throwing all this at them. Buuuuuut it gives me story material so *shrugs*

A recurring divine curse over an entire people for such petty reasoning is just... gloriously suitable for classical myths with multiple gods. I'm looking at you, Greece.   Also the opening prayer that matches with the ceremonial aspect of it is very good. Quick, simple, direct and still entirely suitable for its intent.

Thank you! I wrote the short prayer for the purpose of this article, but I hope to expand on it later into a longer poem or song :)

Absolutely beautiful. I love how you included text from their religious book :D

Thank you! Seemed fitting to include since the relationship between Duna and Xana has a part to play in the background to the ritual. :)

I read the article for the book last night :D It's certainly a great addition!