Introduction to the world

Hello everyone and welcome to the Marvelous Kingdom of Moskova. This article is a guide of the basic characteristics of this setting you should know before exploring the other articles. It serves in some way as the world's meta but, kinda different as the meta is used more for "listing inspiration" and this article's purpose is explaining and exposing the world itself. This is an out of universe article, which means that here you'll find several and explicit references to our Earth, being them places, existing artwork and media from real life.   Literarian universe This world is intended to be the place to build the setting of a literature universe of my own which I unofficially call "Mokoverse" (*quack*, temporary name).

Seeking for the Lost Northern Stars is an ongoing fantasy novel in which I'm working since late 2018. It is still on development and the drafts of each chapter are being posted on Deviant Art since 2020. This is the main story this world revolves around as all the articles by now are about characters, locations and things featured on it. The novel tells the adventures of Aliosha Takhmanov and Dylara Sanaki in an epic journey in which they learn about their past, prove themselves for fulfilling a prophecy related to an ancient legend and saving their kingdom of darkness.   The official artwork for the novel's cover is the one that can be seen on the sidebar.

Once the novel is finished, the universe will get expanded by more written work, both spin-offs of the main story and unrelated stories, mainly tales and short stories. By the universe's expansion more places will be explored and you'll meet more characters. This world won't be static in time as there will be several stories taking place in different periods of the time. The only post-novel work that's already planned is A Demon's Howl, an anthology of folk tales from the world's lore related to "Seeking for the Lost Northern Stars"

Here starts the most interesting part of this! This world is actually Earth...but different. Call it an alternative reality, alternative universe or how you like the most. Planets and stars are the same, humans exist but countries are not exactly the same as in our Earth. For having a reference, think of the worlds of The Chronicles of Narnia or His Dark Materials. Humans are the/one of the dominant species and the world got countries that can resemble ours by their cultures but history took a very different course. Like in our world, magic and mythical creatures are a recurring theme on folk tales, legends and myths. Some people believe on them, some other don't. Not everyone can say that had lived a "supernatural experience ". Just like in our world. But what makes it different is that those things actually exist.


Main article: Zvezdarska
Zvezdarska ("cult of the Stars") is a system of beliefs that is part of Moskova' folklore. Its main subject are astronomical objects as the stars and the Sun alongside other supernatural creatures. It compilates folk tales, legends and myth protagonized by those beings and states a hierarchy of levels between them related to their capacity of switching planes. Creatures of a higher "energy " (level) can become material beings by themselves (for example Stars can become avatars) while beings of medium and lower level need more "energy" to do it,by being helped by a creature of a higher rank or possessing one (in the case of demons). Reincarnation got an important place (see Messengers of the Stars/ Dæmons ) It could be considered a mythology that worships the Sun as a main divinity and Stars as minor ones but it doesn't have any specific religious text (like a Bible) nor specific commandments.

The Kingdom of Moskova,also known as Empire of Moskova ,Tsardom of Moskova and so-called Golden Eagle's Domains is the country where the story of "Seeking for the Lost Northern Stars" takes place.

Moskova is the main country of this written universe because is the place where "Seeking for the Lost Northern Stars" takes place. It is also the country that gives this world its name in World Anvil! It is a very huge country featuring a big diversity of landscapes and a pretty turbulent history. The setting, the culture, some lore bits and even some historical episodes of this country got a heavy Russian inspiration, combined with features from Central Asian countries, and even some small bits of Arabia and China (noticiable specially in the names of cities bordering other countries), representing its character of a dynamic nation with cultural exchanges with its surrounding world. This is a land populated by several cultures and ethnicities, for example Kozzakhi. The language spoken, Moskovar {language} is basically the same as real life Russian but with a lot of linguistic loans from other tongues like Kazakh, Ukrainian, Uzbek, Arabian and Mongolian among others. 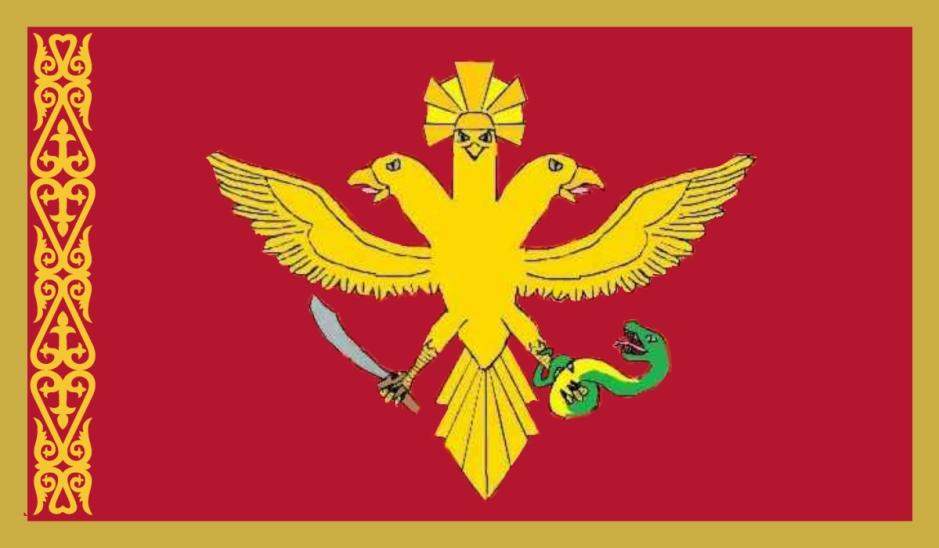 Flag of Moskova by Gege16 through FakeFlah & PicsArt

The time set as standard for the articles and this World Anvil page itself is the one stated by the calendar used in Moskova. This calendar is similar to Julian Calendar as it got a delay of 13 days towards Gregorian Calendar and got 12 months. This is the list of months:   Moskova's Calendar also got a zodiacal cycle marked by the way their culture sees constellations -because even in our world every ancient culture got their own constellations- which lasts 12 years, each year corresponding to a zodiacal sign, represented as an animal, similar to how it happens with Chinese Zodiac. The zodiac got the following signs: The years got a delay of 200 years towards the years in our world because in Moskova the year of the Sibirsk Event (explained at The Lost Northern Stars ) is considered the 0 of the time scale. In our world, the year of this astronomical event is 200 A.D

By this universe getting expanded, you'll be able of knowing about other countries away of the borders of Moskova. Them all are inspired in existing countries and cultures from our world and from different periods of history. As you maybe won't want to return to this article every time you read the name of another nation for remembering on what Earth's country is based, I have added it as "Out of world: *insert country*" in tooltips. Some of those nations are listed below: 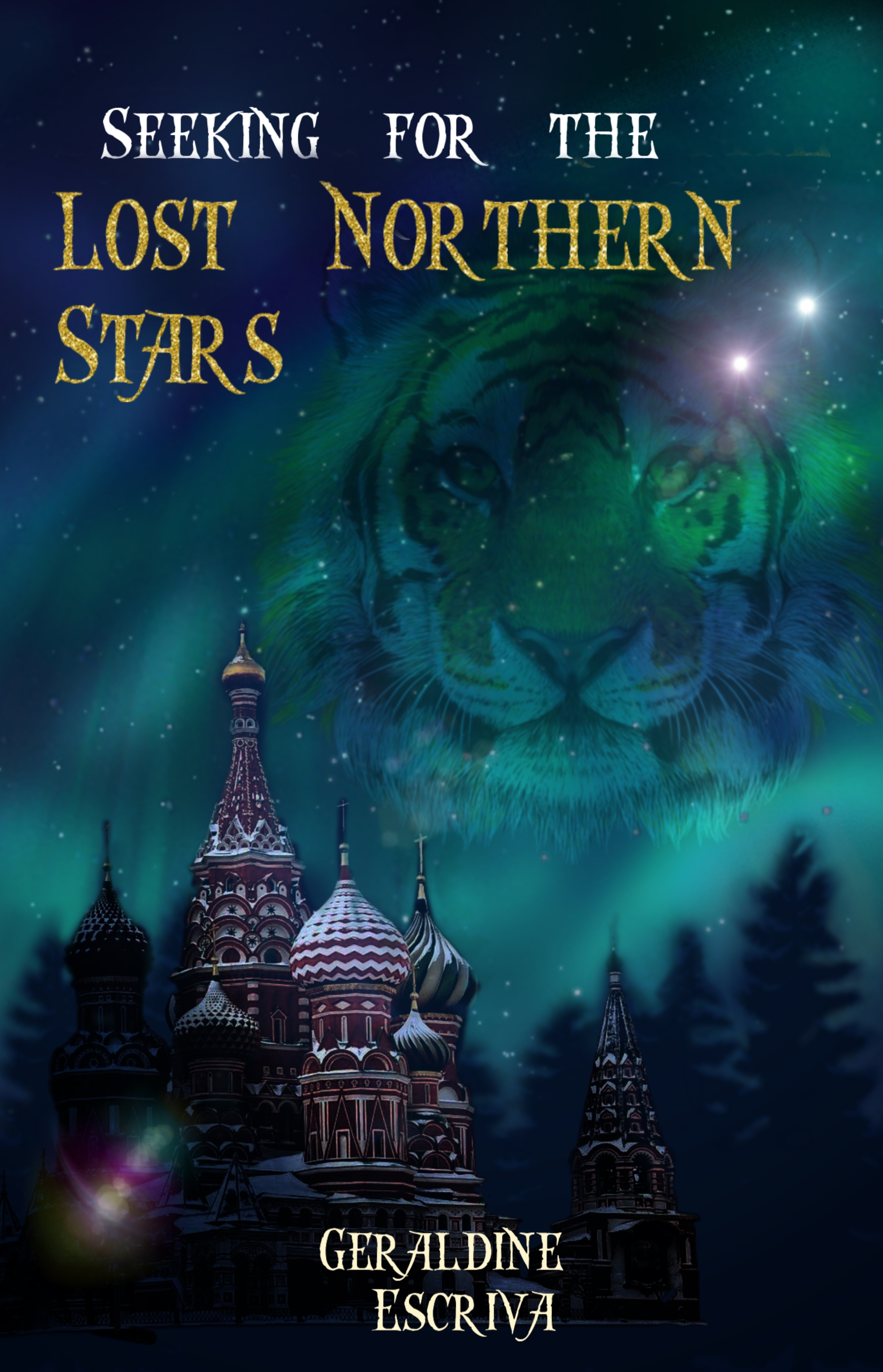 Remove these ads. Join the Worldbuilders Guild
Getting started

Thank you so much for checking out Kingdom of Moskova! I'm glad that I can share what's on my imagination and other people can enjoy it. If you want to give feedback on the article, ask something or just say something nice, leave a comment :D

Really nice introduction to your world! :D I'm currently reworking my own introductory article so it's nice to read others and get tips. I like how you've included your calendar here. :)

Thank you a lot, Emy!! I really appreciate you like it and i'm looking forward to read the new version of your introduction. :)

I really like this introduction! It sums everything up nicely I think. It's really creative how you've combined history and fantasy together! And how you went with different geography than most fantasy writers. So great job! :)

Thank you a lot!!! I appreciate you like it! Some things may get expanded or modified in the future but at overall I'm very pleased of how this introduction turned out :D . I saw other people doing it and thought that it was actually necessary for other people to understand what's going on in this world :)