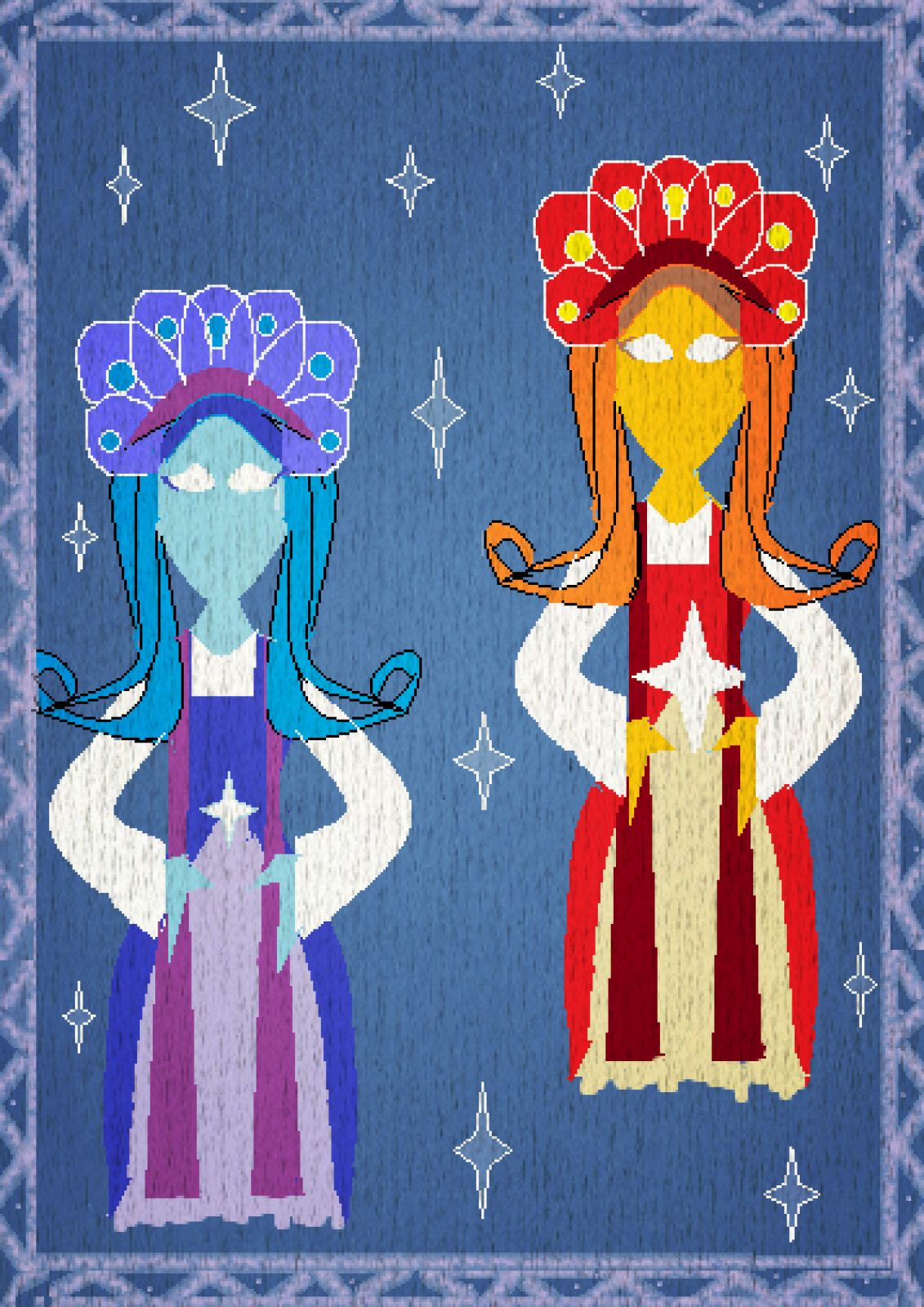 The Lost Northern Stars (потерянные северные звездыl) also known as The Star and the Firebird is (Звезда и жар-птица). Is a legend from Moskova's folklore which is also one of the plot drivers of the novel. It is explains several issues as the apparent lacks of stars in the sky,the shooting stars, the origin of the firebird and several of the problems humans have for example, nightmares, negative emotions as envy, lack of empathy and greed. It features some of the most recognizable mythological creatures of the country as demons and stars.The main characters of this legend are Alioth, her sister Dubhe and Alchnos't, the most evil demon.   Legend says that a long time ago, when the world was very  young, the nights used to be lit by the stars. Two of them, Alioth and Dubhe, the most beautiful and inseparable sisters, had the task of caring for the dream of the nascent human civilizations. Their purpose was special, they lived to protect people from bad vibes and misfortunes,demons that had been  released to the world in a much more remote time, when Pandora opened her forbidden box.Those negative forces could attack at any time, but during the nights, when the aurora illuminates the sky,  their howls are heard,  like dying wolves that cause nightmares, as well as other evils like greed and envy among men. The celestial pair used to control these creatures' evilness.   But not even the most perfect entities of the universe are incorruptible. It is said that one day, Dubhe, who no longer shone as much as her partner began to feel insecure herself. This moment was taken advantage of by Alchnost ', who was perhaps the worst of the evil spirits. The insecurity caused deep cracks in her heart, and them were filled by negative feelings, such envy and greed which progressively began to darken her soul, just like what began to happen more frequently among humans. She signed  a pact with Alchnost ', who promised to make her the brightest of all the sky, without knowing that the price to pay was to be bewitched and become a puppet of him for forever.   Alioth, after finding this out,  had a huge argument with her. Dubhe's heart,  buried in the anger and sorrow caused by the fight with her life partner, hardened and she fell down to Earth.   Alioth decided to descend from the sky  in the form of a fire bird to look for her sister and saving her from the spell that would condemn her to be an eternal instrument of evil. But dark forces trapped her in a smoking mountain to which only people of pure heart, free of evil and corrupted intentions can get close to for freeing her. Many kings of the world have sent their men seeking for the lost stars, but none have returned alive …
—Anonymous

There's some speculation about this narration being inspired by the Sibirsk Event in which two mysterious objects crossed the sky during a winter night, illuminating it intense as the sun would do. The first one was seen as a pale blue-purple fire ball while the second had yellow-orange colors as fire flames. The second object is believed to be the one that inspired the stories about the Fire Bird. No one knows what them really were and there's no crater left by them, but a big area surrounding the place where they were supposed to impact got burned and many things there flown through the air, including trees and even people. Even in pretty long distances it was felt as if the land trembled. This event got a really big impact in the country, enough for becoming the starting point of Moskova's current calendar (in which the year when it happened is expressed as "0").

This legend had spreaded almost all around Moskova so it's unknown how many people know it. However its popularity had decreased as is not seen as a religious text anymore, or at least by most people.

It is unknown how many variations did this legend have but something remarkable about it is the explicit link to Helenistic (Out of world: Greek) mythology as Pandora and her forbidden box are mentioned. Some people believe that this legend was actually a Helenistic myth that was taken by Moskova's people and got modified through the passing of the years due mouth by mouth telling.Other think that it is actually a legend native from Moskova but it borrowed elements from Helenistic culture due the cultural exchanging,as the oldest written version of it can be traced in time back to the year 200 and already features that mention. About the Firebird, this creature is featured in many other folk stories from Moskova's lore and this legend serves as a myth for its origin but it's unknown if it was really its first appearence or if this element was added later.

Long time ago this legend was a very important part of Moskova's spirituality,as in the ancestral version of Zvezdarska cult a several amount of stars used to be worshipped. In later years, as the Sun became the main (and eventually only) worshipped star, the legend started to be considered more like just a fairy tale than a story with a deeper meaning. Kozzakhi kept the original meaning for more time, and kept spreading it to younger generations by stor telling. However it's still being part of the folklore of many cultures around Moskova.

There are several artistic depictions of this legend from songs, poems inspired by it to visual craft as tapestry or pottery among other. The most recognizable graphic representations are the illustrations from fairy tales books. Them depict the characters in a stylized style painted with bright and contrasting colors made of vegetable tints. Charcoal and black ink are also used for drawing the lineart of these images and adding a darker-dirtier effect to them. The drawing style used on them also can be found in tapestry. Some examples of them can be seen below. 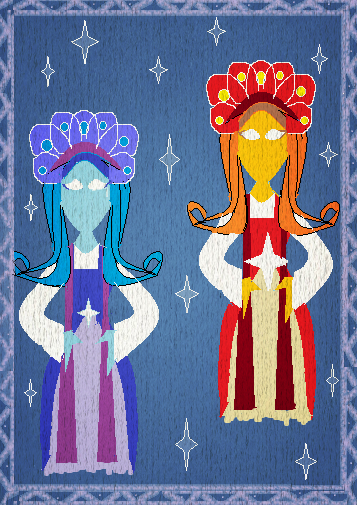 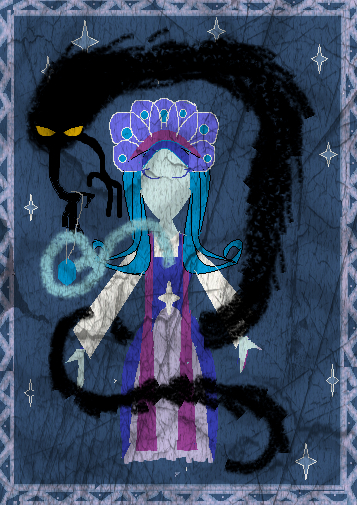 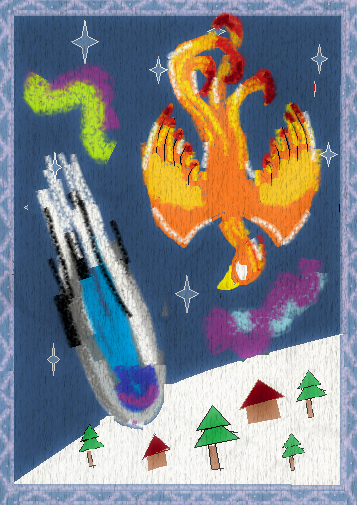