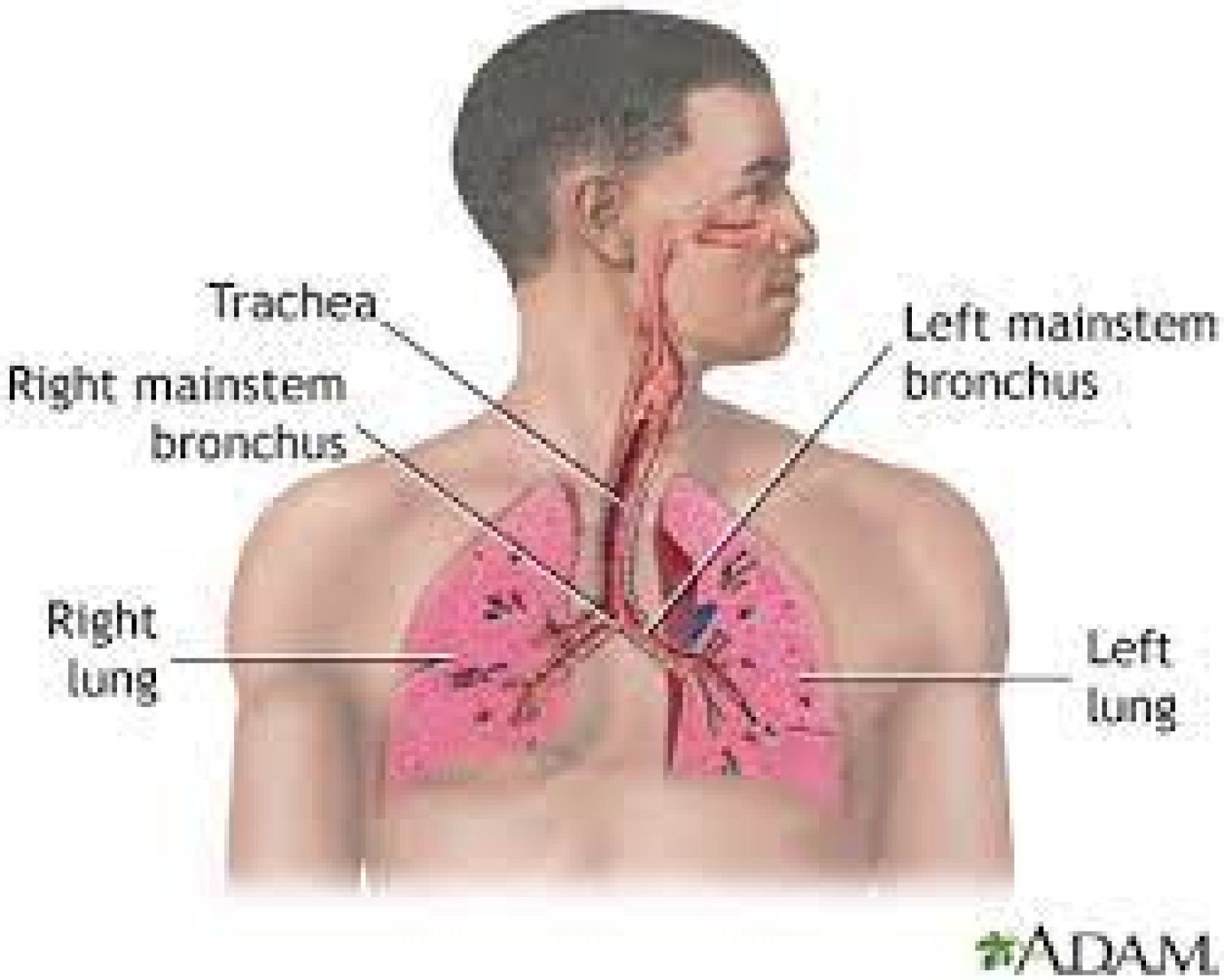 "My breathing requires effort," "I feel out of breath," or "I can't get enough air in."   -A Blacklung Sufferer

Blacklung begins as Lung disease, the symptoms being long-term respiratory (breathing) problems and a loss of airflow to the lungs. The main symptoms include shortness of breath and a cough. The disease progressively worsens with everyday activities such as strenuous or heavy work, walking and even dressing can become difficult in the later stages. Many definitions of Lung disease include bronchitis. Chronic bronchitis is defined as a productive cough that is present for three to five months each year for two years but does not always result in airflow limitation although the risk of developing Blacklung is great.   The most common causes of Blacklung are mining, engineering, smithing, and tobacco smoking; other risk factors include indoor and outdoor pollution. The common sources of indoor air pollution are wood or coal burning from cooking fires. Most people living in large cities are exposed to damaging levels of air pollution, and a number of professions and associated substances including rock dust, natural gases and fumes, and even dust from grains can cause respiratory symptoms. Long-term exposure to any of these irritants can cause problems in the lungs, resulting in narrowing of the small airways and the eventual breakdown of lung tissue.   Most cases of Blacklung cannot be prevented, but the disease can be slowed down, with the individual living longer by reducing exposure to risk factors. This includes wearing face coverings or masks when mining, engineering, and smithing, and decreasing smoking and by improving indoor air quality with better ventilation. While reducing exposure can slow worsening, no cure is known.   Blacklung typically occurs in Human males and females over the age of 40, and in Dwarven males and females over the age of 150. It has been said the number of deaths will increase further because of high demand professions, a higher volume of people smoking as tobacco becomes more available, and an aging population in many countries.

The most often first symptom of Blacklung is a chronic cough, which may or may not produce mucus. Sometimes limited airflow may develop without a cough, but in all sufferers symptoms are usually worse in the morning.   The most common symptom of Blacklung is the chronic and progressive shortness of breath which is most characteristic of the condition. It is unclear whether different types of Blacklung exist. Chronic bronchitis is defined as a productive cough that is present for three to five months each year for two years but does not always result in airflow limitation although the risk of developing Blacklung is great.

A chronic cough is often the first symptom to develop. Early on it may just occur occasionally or may not result in mucus. When a cough persists for more than three months in one year, in combination with mucus production and without another explanation, it is by definition chronic bronchitis. Chronic bronchitis can occur before the restricted airflow and thus Blacklung fully develops. The amount of mucus produced can change over hours to days. In some cases, the cough may not be present or may only occur occasionally and may not be productive. Some people with Blacklung attribute the symptoms to a smoker's cough. Mucus may be swallowed or spat out, depending often on social and cultural factors. In severe Blacklung sufferers, vigorous coughing may lead to rib fractures or to a brief loss of consciousness. People with Blacklung often have increased breathlessness and frequent colds.

Blacklung often leads to reduction in physical activity, in part due to shortness of breath. In later stages of Blacklung muscle wasting may occur. Low levels of physical activity are associated with worse outcomes.

The most important risk factors for the development of Blacklung are tobacco smoke, exposure to indoor and outdoor pollutants, occupational exposure, and inactivity. Typically, these must occur over several decades before symptoms develop.

The primary risk factor for Blacklung in the realms is tobacco smoking. Of those who smoke, about 20% will get Blacklung, and of those who are lifelong smokers, about half will get Blacklung. Additionally, women are more susceptible to the harmful effects of smoke than men. Other types of smoke, such as, Khat, or water-pipe smoke, also confer a risk. Water-pipe smoke appears to be as harmful or even more harmful as smoking pipes or tobacco. Problems from Khat smoke may only be with heavy use. Women who smoke during pregnancy may increase the risk for the later development of lung disease in their child. For the same amount of pipe smoking, women have a higher risk of Blacklung than men.

Poorly ventilated cooking fires, often fueled by coal, wood, and dung, lead to indoor air pollution and are one of the most common causes of lung disease. These fires are the only method of cooking and heating for the entire world, with their health effects being greater among women due to greater exposure.   People who live in large cities have a higher rate of lung disease compared to people who live in rural areas. While urban air pollution is a contributing factor, its overall role as a cause of Blacklung is unclear. Areas with poor outdoor air quality, including natural gases, generally have higher rates of lung disease. The overall effect in relation to smoking, however, is believed to be small.

Intense and prolonged exposure to workplace dusts, chemicals, and fumes increases the risk of lung disease in both smokers and nonsmokers. A number of occupations and their associated substances including coal dust, gases or fumes, and dust from grains that promote respiratory symptoms. Workplace exposure is believed to be the cause in 30–50% of cases.   A number of industries and sources have been implicated, including high levels of dust in coal mining, gold mining (and mining in general, due to the common element of rock mining, materials handling, and crushing), and the cotton textile industry, occupations involving engineering and smithing, and fumes, and gases from metal working. Working in agriculture is also a risk. coal dust and grain dust exposure can also lead to Blacklung. 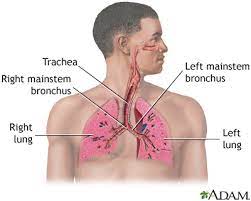 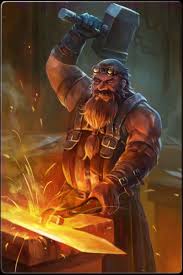 A Dwarven Smith at Work by scabard

The Human and Dwarven Races.

Several other factors are less closely linked to lung disease. The risk is greater in those who are poor, although whether this is due to poverty itself or other risk factors associated with poverty, such as air pollution and malnutrition, is not clear. Tentative evidence indicates that those with breathing difficulties are at increased risk of Blacklung. Birth factors such as low birth weight may also play a role, as do a number of infectious diseases, including the Black Death (plague) and Red Pox. Respiratory infections such as pneumonia do not appear to increase the risk of Blacklung, at least in adults.

With Blacklung, breathing out may take longer than breathing in. Symptoms of wheezing, and chest tightness can vary over the course of a day or between days. Chest tightness often follows exertion.   Blacklung often occurs along with a number of other conditions, due in part to shared risk factors. These conditions include high blood pressure, muscle wasting, lung growths (cancer), anxiety disorders, sexual dysfunction, and even depression. In those with severe disease, a feeling of always being tired is common.

Genetics could be a cause   Genetics play a role in the development of lung disease. It is more common among relatives of those with Blacklung who smoke than unrelated smokers.

An acute or sudden worsening of signs and symptoms such as increased breathlessness, fast breathing, a fast heart rate, sweating, active use of muscles in the neck, a bluish tinge to the skin, and confusion. Environmental pollutants include both poor indoor and outdoor air quality. Exposure to personal smoke and second-hand smoke increases the risk. Cold temperatures may also play a role, with increased severity occurring more commonly in winter. Those with increased severity have a faster rate of deterioration of their lung function. A blocked blood vessel (blood clot in the arteries of the lungs) can worsen symptoms in those with pre-existing Blacklung. Signs of a blood clot in the lung include chest pains and even heart failure without signs of infection. 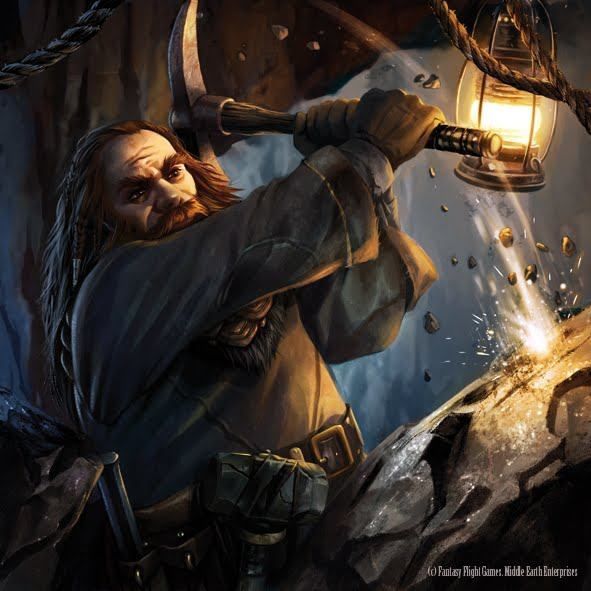 Striking The Stone by Lem Ann

Answering: "a medical condition which is feared by some"
Visit Loremaster Aemon's Competition Page Check all other answers to this prompt Competition Homepage 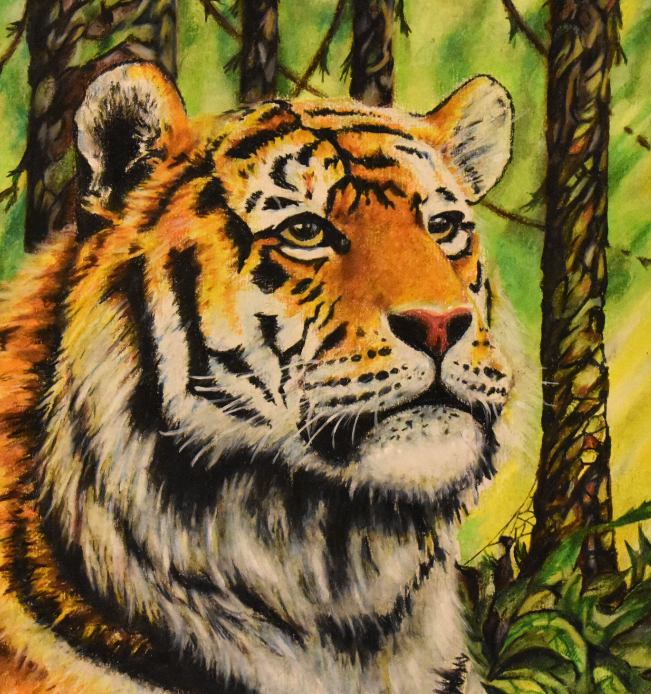 "In severe Blacklung sufferers, vigorous coughing may lead to rib fractures or to a brief loss of consciousness." - That one nasty cough! That is a fantastic article.

Nasty, Nasty, Very Nasty condition.   Thanks my friend for the Fave/Like.   Aemon

Oh, Blacklung! The coal workers enemy! *very* well written my friend. And you even included agriculture! Nice touch. People overlook those professions when it comes to this ailment.

Thanks Buddy,   Yep, real world disease, sadly. Your right, most people do forget to add people who work in agriculture. It's not coal dust, but grains/wheat particles do get inhaled, not so much these days with the use of machinery and health & safety.   Thanks for the Fave/Like buddy.   Aemon

I've not heard of Balers Lung before, what is that?   Thanks for the Like/Fave.   Aemon

I just realised I spelt it wrong, sorry bout that. Meant to say Bakers Lung, where the bakers airways dry out from using the ovens to bake the gread.

Gotcha, I understand what you mean. Dry heat in the lungs, breathing in all the time.