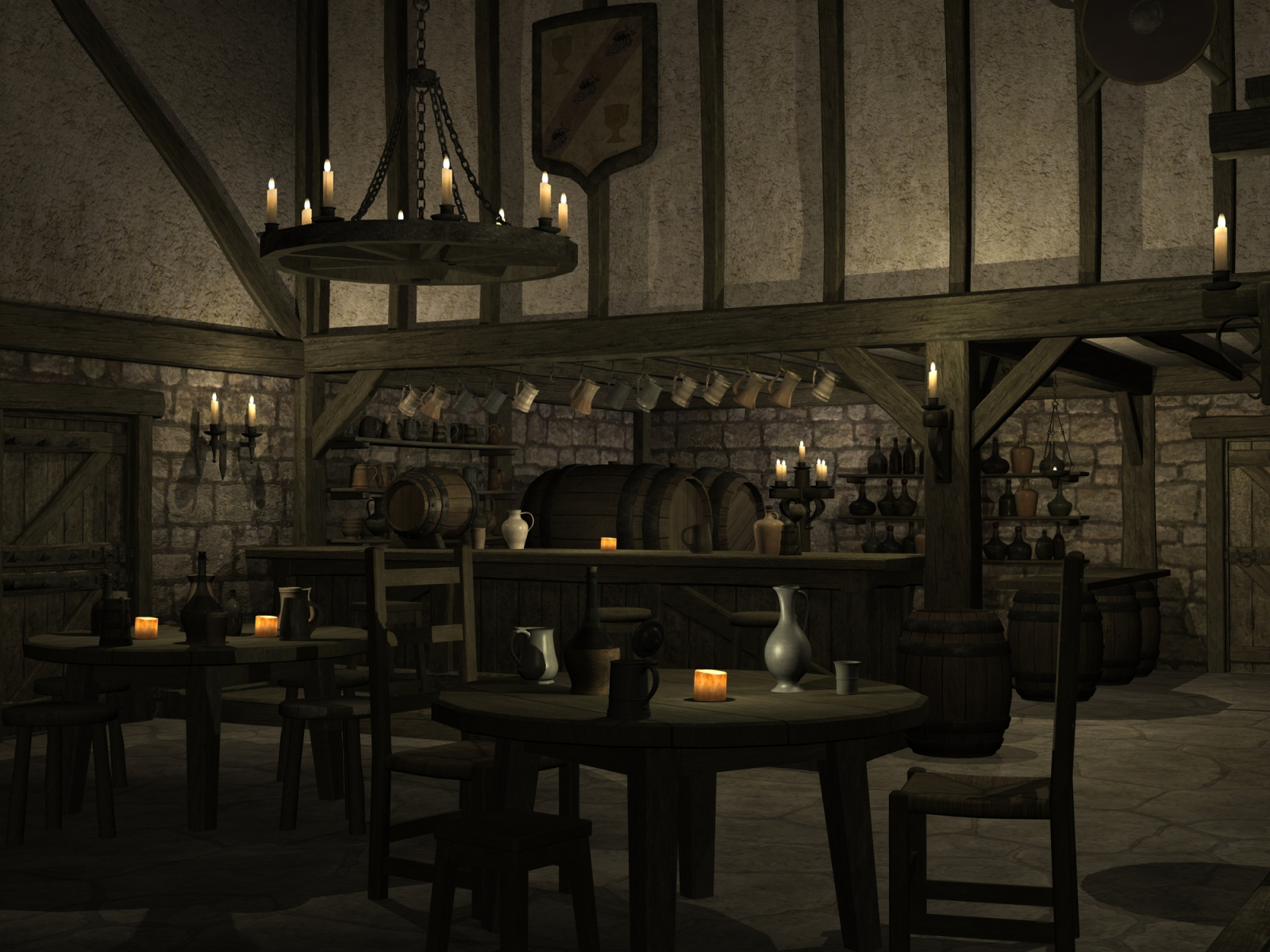 The Lucky Fiddle stands in a small hamlet within the Wolf clan lands close to the foothills of the Cragspire Mountains. It is indistinct and held no accolades until an accident in the kitchens set the whole place ablaze. Fortunately a young man, Gaillard, was staying with his parents. He roused the minstrel Morgelyn from her sleep in the hayloft, forcing her to play as the fire strengthened. He used that music to force the flames back. This was the first recorded use of music as a way of accessing power. In thanks for the preservation of his inn, Budic, the inn-keeper offered Gaillard and Morgelyn continued lodgings in exchange for entertainment each evening, and their protection if another accident should befall them.

It took as a moment to realise they weren't running like the rest of them. We tried to get them out of the courtyard, but he ignored us. The girl might have followed us, though his hand was so tight round her wrist it was white. Then she started playing a jig. If we hadn't been so scared I'd have laughed at the idea.   Then even the fire seemed to listen. And as we watched, it dimmed. Somehow the buildings to either side refused to catch, and the central blaze lowered. Sweat dripped from the girl's face, but she refused to stop. The boy wavered, then collapsed. By then a couple of the stable boys were filling buckets with water to put out the last of the fire.   It was unnatural. The whole place was so dry, there was no reason for it not to all burn.
— Daveth, a guest at the Lonely Coin when it wasn't burnt down

When the inn was rebuilt it was renamed the lucky fiddle in memory of their actions. As the story spread, others made their way to the lucky fiddle to learn alongside Gaillard. Together they developed the theory of musical power. Soon the group outgrew the original lodgings. After discussions with the Clan Leaders, the Conservatoire was formed. Though most of the players moved away, a pair of players continue to abide at the lucky fiddle according to the agreement made so long ago with their founder.

That was a night to remember. My wife told me letting the minstrel would be bad luck. When the fire broke out, she was certain she was right. But it turned out to be the best thing I've done. Well, that or invite them to stay afterwards. My wife wasn't happy about that either, but I had to give them something after they'd saved my inn. And that was the only think that came to mind.   Now I'm thriving, as people come here specially to see the players. I've never been busier. I need to expand, just to house all the people coming to see them. And employ more staff, or I'll never hear the end of it from my wife!
— Budic, the inn-keeper

The Lucky Fiddle holds a special place in the history of the Conservatoire. Without the support Budic showed Morgelyn and myself, we would never have been able to research how to harness the power of music.   We continue to be grateful to everyone here at the Lucky Fiddle, and as such we will continue to support the establishment. Even though we are moving to a new, larger location, there will continue to be two players stationed here as in our agreement from so many summers ago.   We look forward to bringing new developments back to this place, where the Conservatoire was first dreamt of.
— Gaillard's speech at the unveiling of the monument in the courtyard of the Lucky Fiddle.

Although it has become more upmarket over the summers since Gaillard and Morgelyn stayed there, it is still the heart of the village. Locals make up most of those propping up the bar, where the local ale flows freely and there is music every evening. 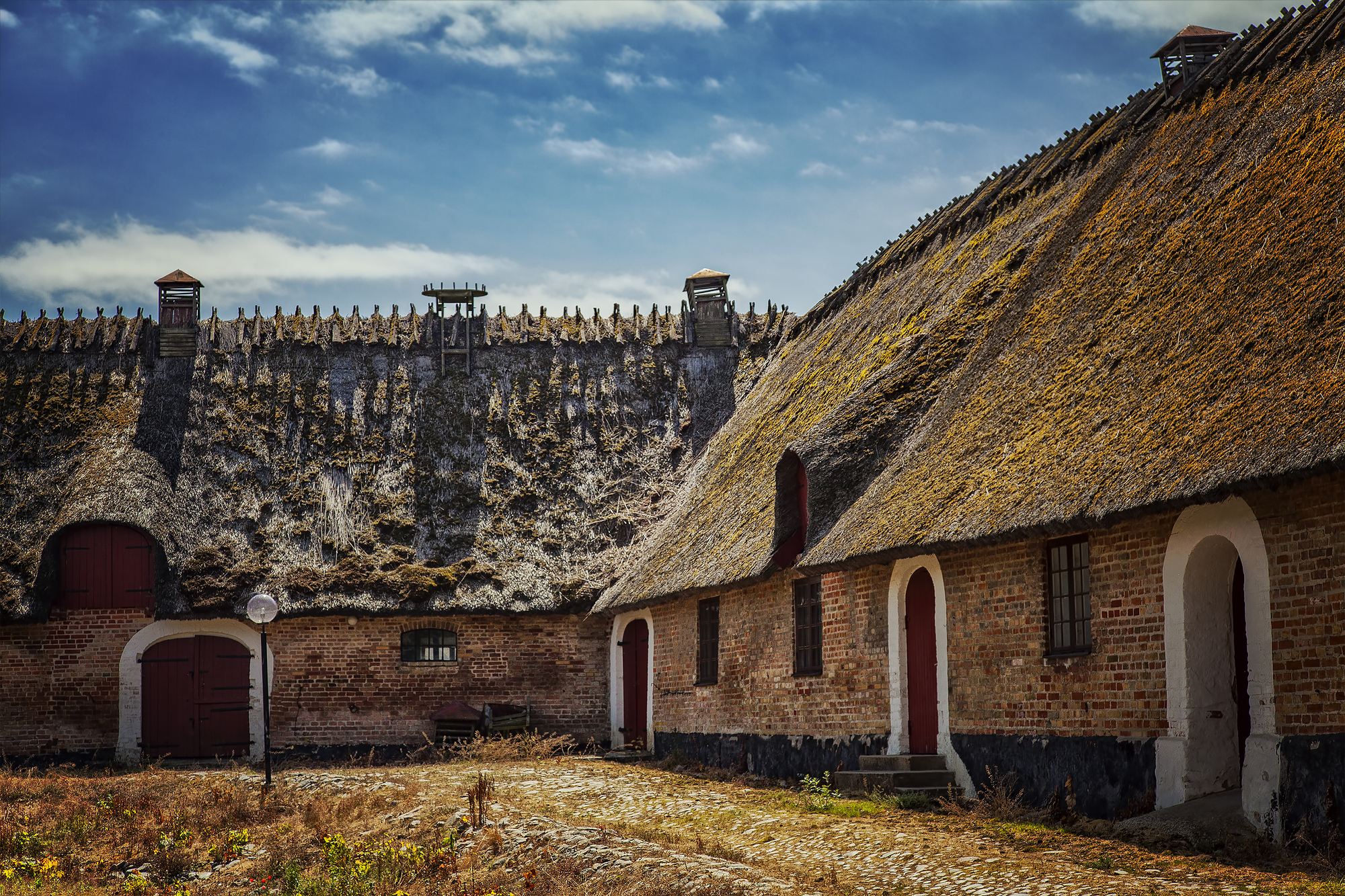 by Photo from Depositphotos
The building itself has changed over the years. What was a rustic barn, with a thatched stable to one side, is now an impressive brick built mansion. The few rooms for rent have been transformed into luxurious suites. And in the stableyard is a a monument to Gaillard and Morgelyn alongside mooring spaces for a fleet of floatships. 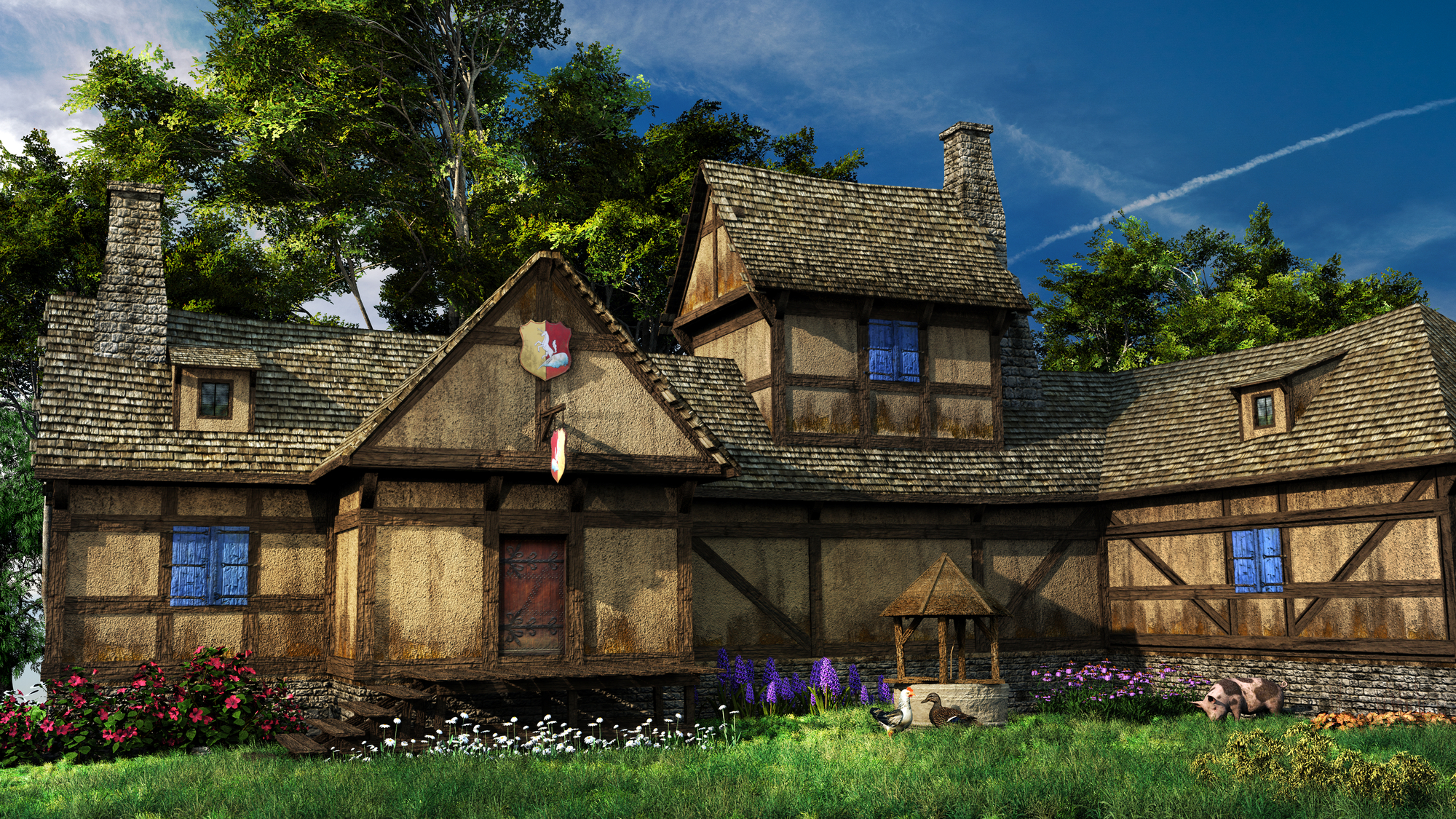 by Photo from Depositphotos
It is thought to be lucky to spend a night at the lucky fiddle on the way to the Conservatoire for testing, and so many hopeful students flock there just in case it helps.
Parent Location
Wolvenpass
Owner
Wenna
Additional Rulers/Owners
The current owner is Wenna, a descendant of Budic. The inn has been in their family for generations, each one adding their own character to the building. Wenna has brought a more feminine touch, removing the battle axes her grandfather hung on the walls.

I didn't feel they brought the ambience necessary to relax my customers and encourage them to have another drink. I know I was always looking over my shoulder waiting for someone to rip one off the wall and swing it round.
— Wenna, current proprietor.

That is a frickin' neat origin story! I like how the family has kept the place but with changes, and that loyalty runs deep with the Conservatorium.

Thanks so much. I'm really happy with it, though it stills needs a bit of tidying up here!

I love the good use of the quotes in this article, they really set the mood, Hope in the future you expand on the staff and the patrons and a menu. But overall a good article!