Kadeth    World Encyclopedia    Miscellaneous      Metzla
Metzla was an intoxicant that was very hard to come by. The hallucenogenic drug was made from the pollen of a very rare plant that grew in the tops of the tallest trees of the Nalruthian Jungle. The compound itself was created by mixing the pollen with an alcoholic beverage. Traditionally, the Songado Elves mixed it with their own potent brew, Tasar, but any alcohol would work. When drunk, the drug induced a trance-like state, where the user experienced very vivid, dream-like visions. As Elves, in general, do not dream, this was a heady experience indeed.

Metzla was made from the pollen bundles of the Illithor Orchid. Alcohol was required to activate the hallucinogenic properties. Without a high enough alcohol content, the pollen would simply make one sleepy.

Traditionally, Metzla was the province of Songadoan shamans. Only they were considered strong enough to navigate the dream-trance and bring the messages of the people to the moon goddess, Sylrie, then return with answers. Those who never awoke after using Metzla were said to be taken by Sylrie, herself, as eternal servants.

Although known to the Songado Elves for centuries, the rest of the world first learned about it when a young Songadoan Tribesman confided in an Elven Priest of Sylrie while they were enjoying drinks in Naexi's one tavern. The Priest, Eldrin Quimaris, convinced the young man to "procure" some for him. Once he had tried it, Eldrin publicized the drug, even founding a religious sect around its use.

At the height of the Omaceran Empire, Metzla use was popular among the religious sect known as the Order of the Communion of Sylrie, or the Sylriotes. The drug seemed a welcome way to explore the dream state and commune with Sylrie, the Lady of the Trance and Mystery. Among the nobility who could afford it, Metzla was also quite popular. Being both rare and expensive, it was one of the most prominent displays of conspicuous consumption in high society at the time. Younger nobles, especially, would throw small parties centered on it. It was seen as a fun novelty, to experience dreaming, despite the overdose risks.   The most well-publicized overdose was the death of Talanashta Zinfiel, a young Taranth noble who was attending one of these "Dream Parties". The Elven girl was only sixty-five at the time of her death, and her passing was widely publicized. It was considered quite the scandal at the time, for a noble's daughter to be out unchaperoned at such a young age. House Zinfiel never quite shook the infamy from their name afterwards.

Metzla was very dangerous to use, and it was easy to overdose on it. There was no way of knowing how potent the pollen was until it had been ingested. Some fell into the dream-trance and never awakened. Others experienced strong convulsions and rapid heartbeat, until their hearts gave out from the strain.

There was a brisk trading business between the Songado Elves and the traders of the town of Naexi in the Omaceran Empire. From there, caravan traders would take it to large cities where it was sold to the highest bidders.

As the pollen to make Metzla was only obtainable in small quantities, the Omaceran Empire did not attempt to regulate its sale, despite the serious risks and alarming number of deaths among the Sylriotes and others. It was, however, taxed heavily as a luxury item. 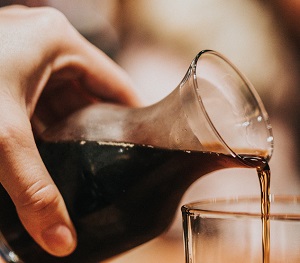 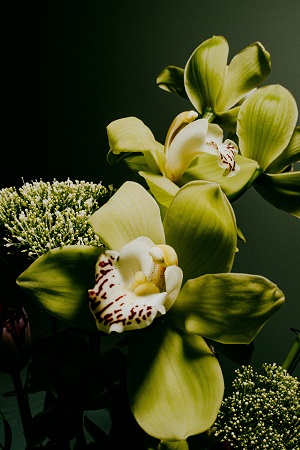 Answering: "Α material only harvestable from nature"
Visit Nightflyer0ne's Competition Page Check all other answers to this prompt Competition Homepage
Kadeth, the Kadeth CSS, and all Kadeth headers are the creation of Nightflyer0ne (rugrat0ne), ©2022. Kadeth is unofficial Fan Content permitted under the Fan Content Policy. Not approved/endorsed by Wizards. Portions of the materials used are property of Wizards of the Coast. ©Wizards of the Coast LLC. World and country maps made with Wonderdraft. City maps made with Watabou. Building and dungeon maps made with Dungeondraft.
Cover image: Other Header by Nightflyer0ne
Article template
Material
World
Kadeth
Category
Miscellaneous in World Encyclopedia
Author
Nightflyer0ne
Publication Date
4 Jul, 2022
Creation Date
4 Jul, 2022
Last Update Date
24 Jul, 2022
Visibility
Public
Views
167
Favorites
7
Comments
0
Work In Progress