For millennium,the eldaran of the Faewylde have shaped their world, and the world of the mortal realms, with the energy of The Source. Granted power from the True Gods, they have molded all that grows upon the land, swims in the sea, and soars through the skies. From the scuttling insects to man himself, the Eldaran have had a hand in the creation and evolution of all living things. For aeons untold, this was the way of life. Long ago, however, the natural order of things was challenged.   Over four thousand years ago, the immortal eldaran saw that mankind had become the new masters of the mortal realms. Their leaders decided they would play no further role in the development of mankind, and even when it came to the mortal realms themselves they would not interfere with the way of things. Their work had been done, and from that time forth humanity would be the caretakers of the mortal world. 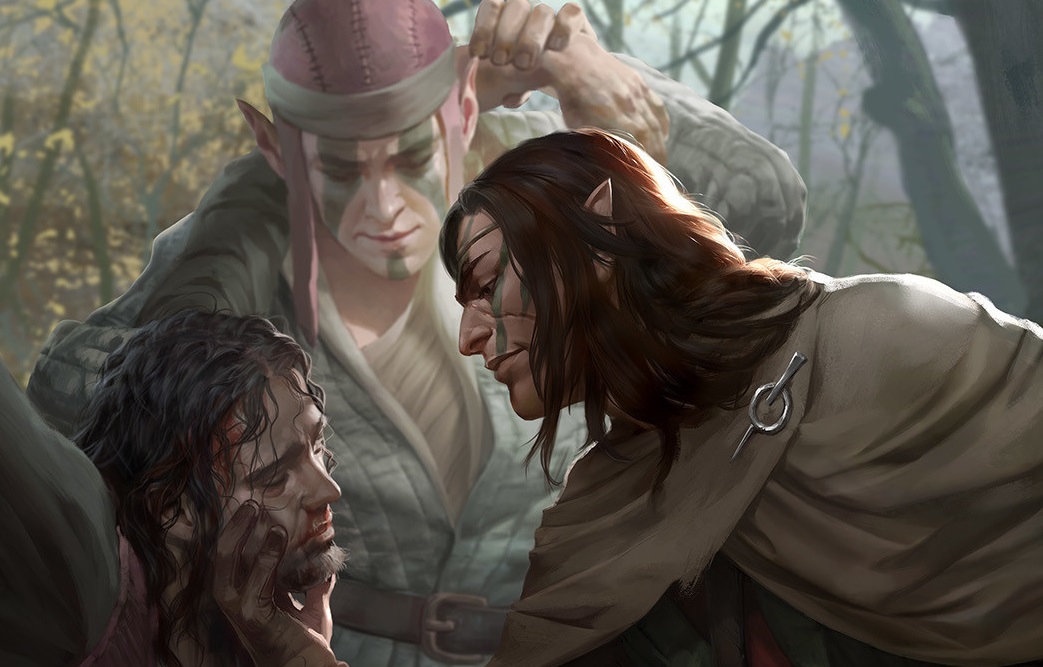 Isengrim by Grafit Studio
One influential eldaran leader, however, disagreed with the will of the others. Drakhen, a charismatic figure among the shapers, felt it was the duty of the eldaran to oversee events in the mortal realms. More importantly, he saw humanity as a blight to be carefully controlled; a danger from which the mortal realms must be protected.
He felt the eldaran were the rightful rulers of both the Faewylde and the mortal realms, and that only with their direct involvement could they ensure peace and the preservation of all life.


When Drakhen brought his views before the grand council of the eldaran, his ideas were summarily dismissed as anathema to all things their people stood for. Rather than discussing his point of view or examining the potential for compromise, he was told never again to speak of his thoughts of the eldaran directly controlling the mortal realms.   Not satisfied to have his viewpoint summarily dismissed, Drakhen instead began to share his ideas with others in secret. Over time, he amassed a following devoted to his cause. Once again he brought his ideas before the council, this time armed with the consensus of a large number of delegates. Although the ideas were discussed in more detail the second time, they were again dismissed as contrary to the natural order of things and banned from being discussed further.

Drakhen, together with his followers, decided to take it upon themselves to exert their will over the mortal realms despite the ruling of the council. Calling themselves the drakhari, named so in honor of their founder, these rebels acted in secret to influence everything from the development of mankind's role within the mortal realms to their very behavior and politics. Through exploring new ways to utilize the power of The Source, they also expanded their power base to a point that rivaled the loyalist eldaran. Soon, their corruption of the natural order would come to light, and this would lead to all-out war.


In the roughly four thousand years since the Drakhari Rebellion, the two factions have wages a seemingly endless series of wars. In the best of times, they have reached an uneasy and temporary truce. In the worst of times, battles rage across the Faewylde as thousands of Eldaran clash over their ideological differences. Today, there seems to be no end to the conflict in sight. After almost a hundred years of relative peace, old tensions are flaring. Once again, the immortals are taking to the field of battle. 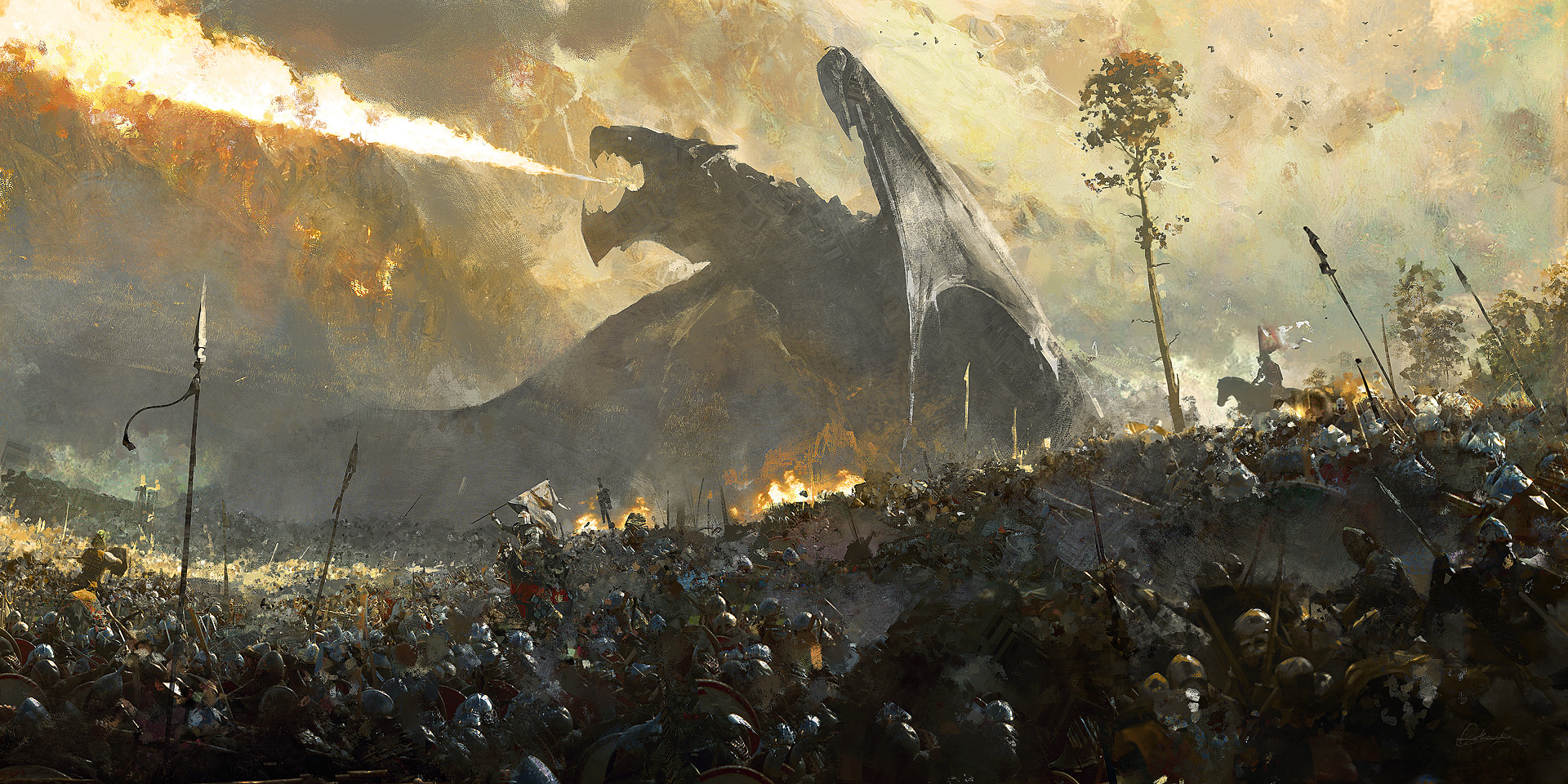 The Last One by 88grzes 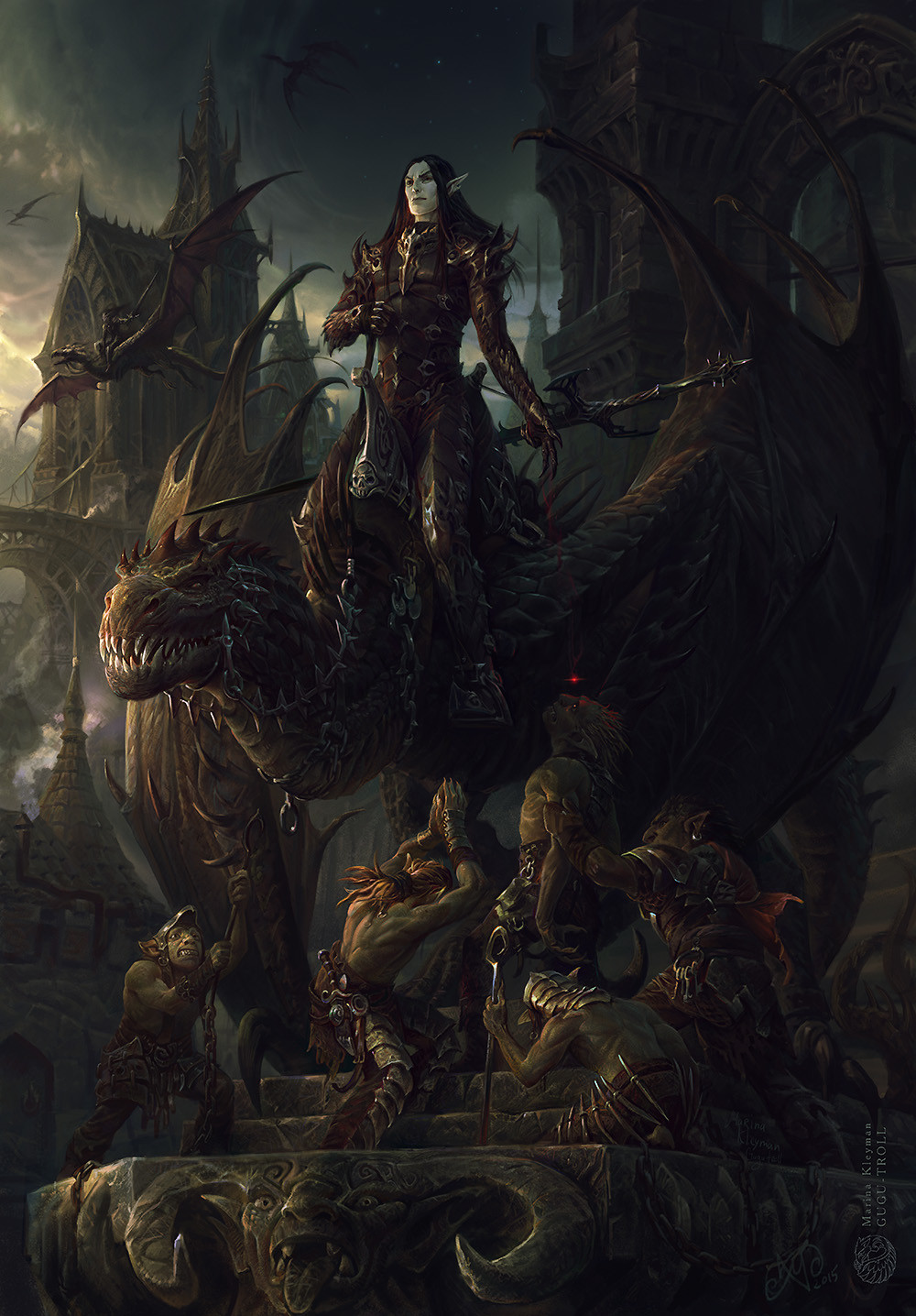 Since the Drakhari Rebellion, those who follow the teachings of Drakhen have been changed. Not only are they ideologically divergent from their eldaran cousins, but the drakhari are also now physically different. Open abuse of the Source is not only allowed, but encouraged. As a result, almost all among the drakhari suffer from The Corruption: a condition that twists them in both body and mind the more they twist the energies of life to suit their own agenda. 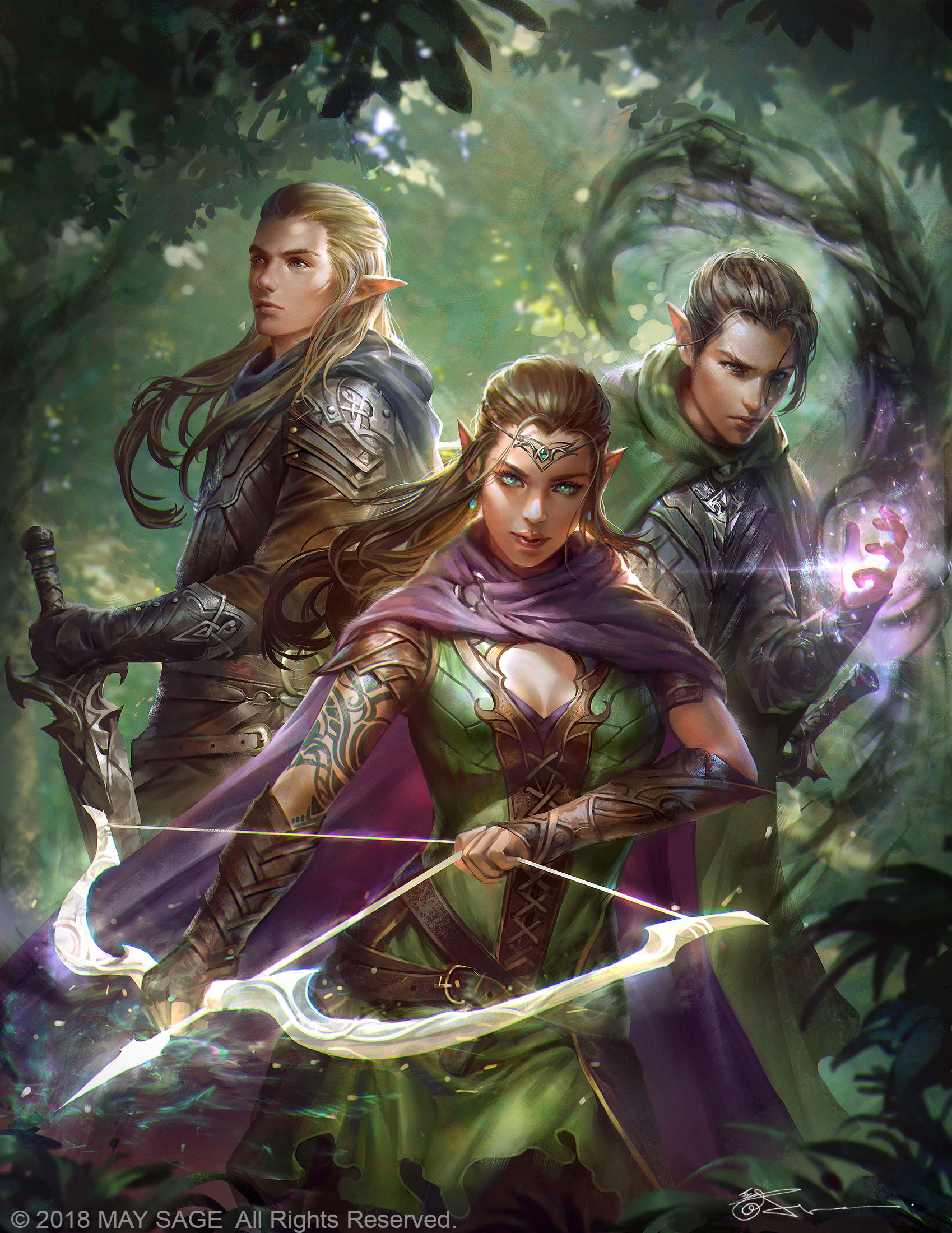 Gold and Shadow by Jeremy Chong

In 874 AK (Age of Kings), almost 1700 years after the Drakhari Rebellion, a group of six eldaran who believed neither with the conservative hands-off approach of the loyalists or the iron-fisted philosophy of the Drakhari ventured to the mortal realms. Discovered at the top of a mountain by a man named Kallen, they imparted their wisdom to him. Hoping to provide mankind with guidance to better care for both themselves and the world around them, the teachings of these six morphed over time to legend and became the base of the religion of the Temple of the Divines. Many also believe these six were the first of the Astani, a group of eldaran who believe in a balanced path and eschew the two extreme ideologies followed by most of their kin.

Heir of Eternity is the first book planned in The Faewylde War series.