When an Eldaran draws upon the Source, they can shape this primordial force into all sorts of natural wonders. They are given the gift to shape the world around them. In the Faewylde, this can be expressed in ways ranging from pure acts of creation to minor effects such as changing the angle of a bird's wing to help it fly faster. Effects from these acts, be they mundane or magnificent, then ripple through to the mortal realms.   Some among them have discovered there are unnatural applications for this potent force as well. Usually only practiced by the rebel faction known as the Drakhari, this is seen among many of the Eldaran as a perversion of the natural order. Twisting the energies of the Source to suit one's own ends is not, they say, is a crime against life itself. And as it is with many crimes, twisting the primordial source of life into dark magics does not come without punishment. 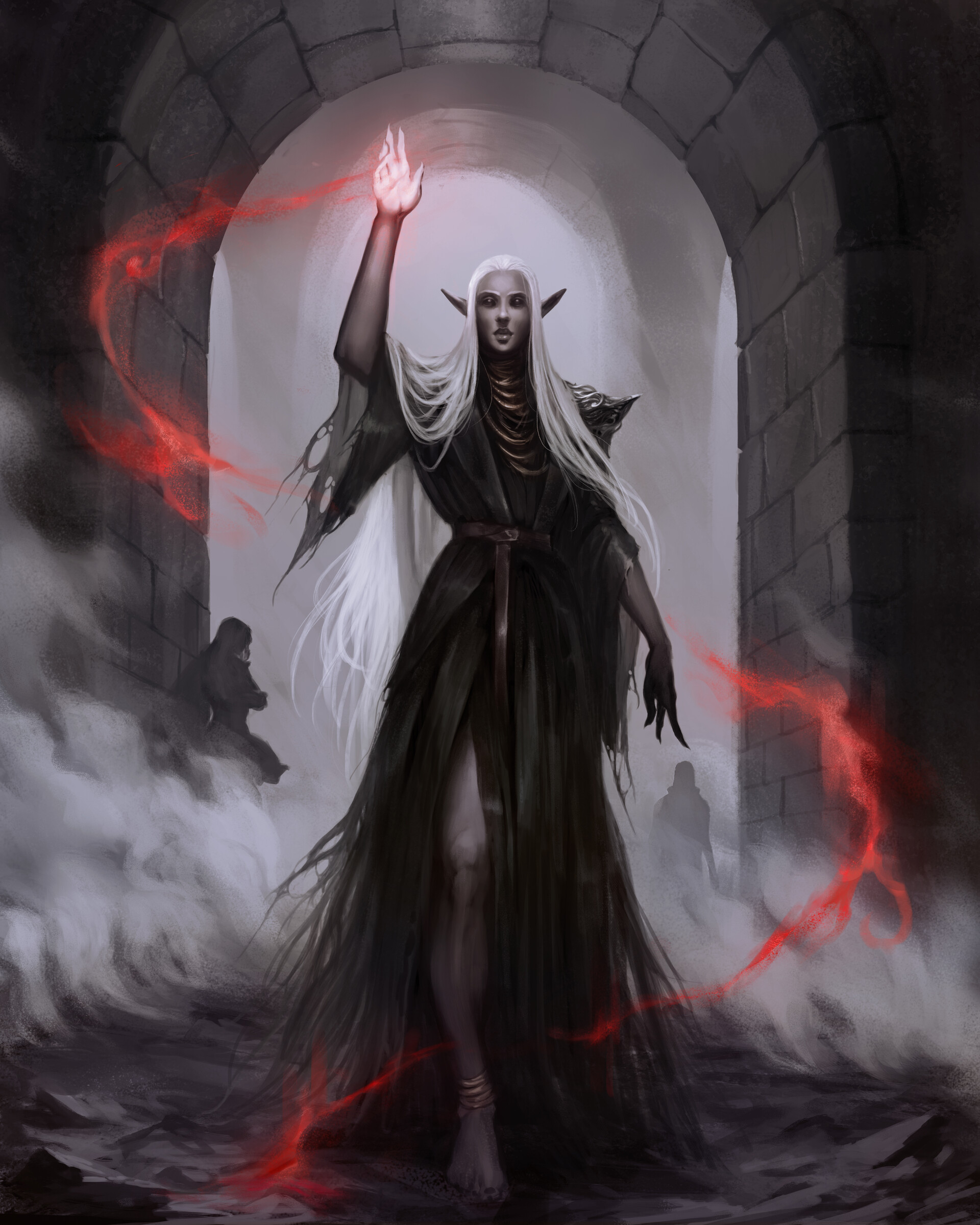 Priest of Lolth by Caio Santos
When one draws upon the Source, they are granted a portion of the world's life energy and the power of creation. To twist this power of life and creation into something unliving or destructive, it must be corrupted. In the act of corrupting the energy of the Source, the individual channeling it will also become corrupted. Depending on the amount of energy and how twisted the final results are, the effect can be limited or drastic. With repeated acts of corruption over time, the effects upon the wielder's body and mind will accumulate and compound upon one another.

Known simply as the Corruption, the effects which twisting the energies of the Source has on the body come in both temporary and chronic forms. The temporary effects again depend upon the severity of the act and the amount of energy channeled. These symptoms can include fatigue, pain, disorientation, and an inability to channel the Source again until rested.   The chronic symptoms—those effects from which the body never heals—include a darkening of the skin through tones of grey, whitening of the hair and eventual hair loss, muscular degradation, reduced strength and stamina, and a lowered ability to heal from physical ailments. 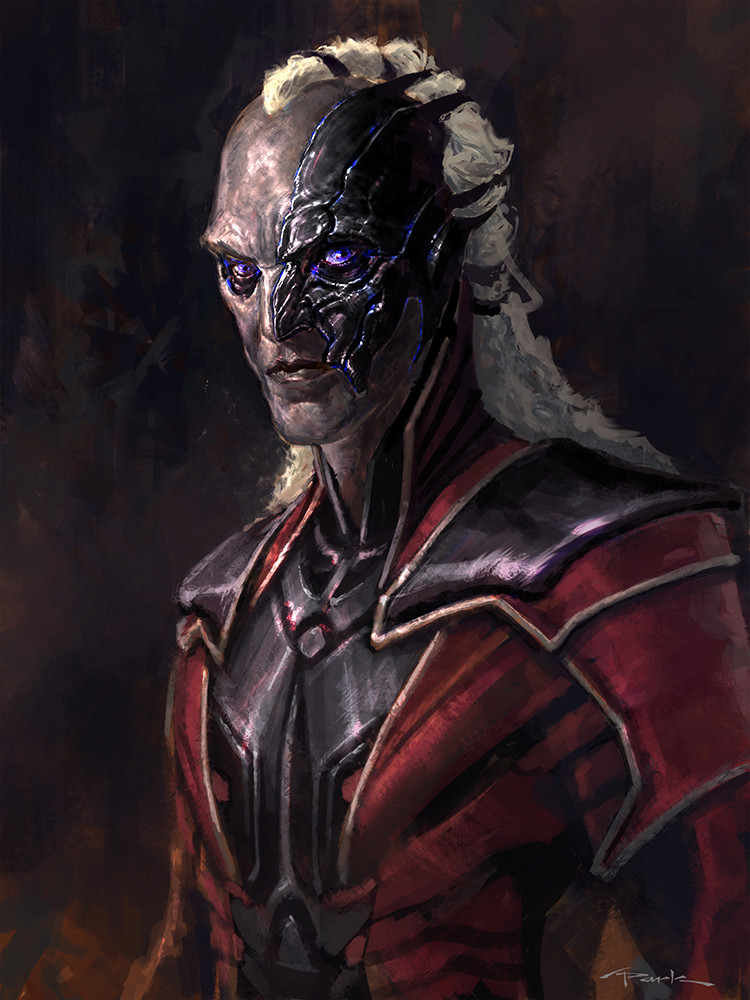 Malekith by Andy Park
In some cases, the corruption causes a gradual decline into insanity. The astute observer will note that many of the Drakhari suffer at least from some of these symptoms.

The temporary effects of twisting channeled energy from the Source, such as the fatigue and inability to channel, often fades within a few hours to a day. Rest is usually the best way to overcome these effects. Even those among the Eldaran who are using the power as intended to craft and support life might feel some of these effects in certain situations, so the sensation would not be unfamiliar to any of them.   The real threat of the corruption lies in the long-lasting effects. The more one twists the life energy of the Source, the more their own body will become a twisted reflection of this perversion of creation. The chronic effects are cumulative; so that the more one twists their channeled energy, the more drastic their symptoms will become. Those who survive long enough to see these effects become debilitating will suffer from wounds and ailments that will not heal, loss of their hair, degradation of their skin into a mottled and scarred mass, and a physical frailty akin to old age among humankind. Insanity often accompanies these symptoms, and the more insane one becomes the more freely they will twist the energy of the Source, thereby accelerating their own continued corruption. Death will often occur from a wound that refuses to heal, even if it might be considered minor in other circumstances. In very rare cases, and individual might simply channel themselves to death, drawing and twisting so much energy over time that their body simply gives up any will to live. 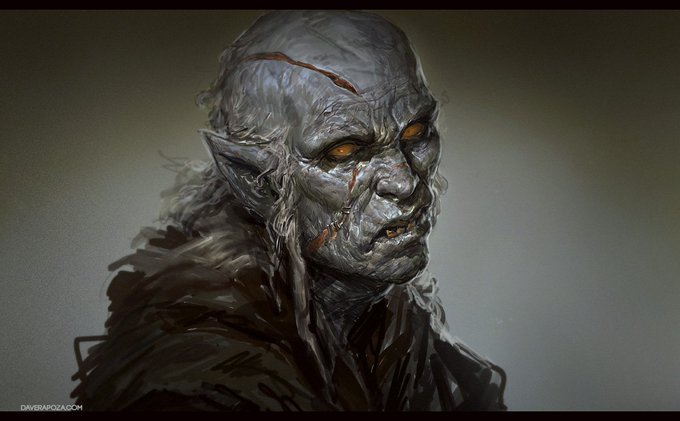 
When one considers the cause of the Corruption, the question of what is natural versus unnatural is central to the conversation. As there is no guidebook, holy writ, or other document which defines what should be allowed by the natural order of things, it is difficult to define just to what degree one can shape the source before they are corrupting it, and themselves.   Acts of pure creation—shaping something where before there was nothing—are among the most difficult accomplishments for an Eldaran. Normally, only those who dedicate their live to the shaping, the Shapers, ever accomplish such a feat. Many cannot come close to channeling the amount of raw energy required to create something entirely new.   Rather, most Eldaran channel to affect changes among what already exists in the world. Calling a cool breeze, swelling the berries on a bush to be more succulent, and granting water healing properties to treat a wound are but a few examples of what one might accomplish in shaping the Source. 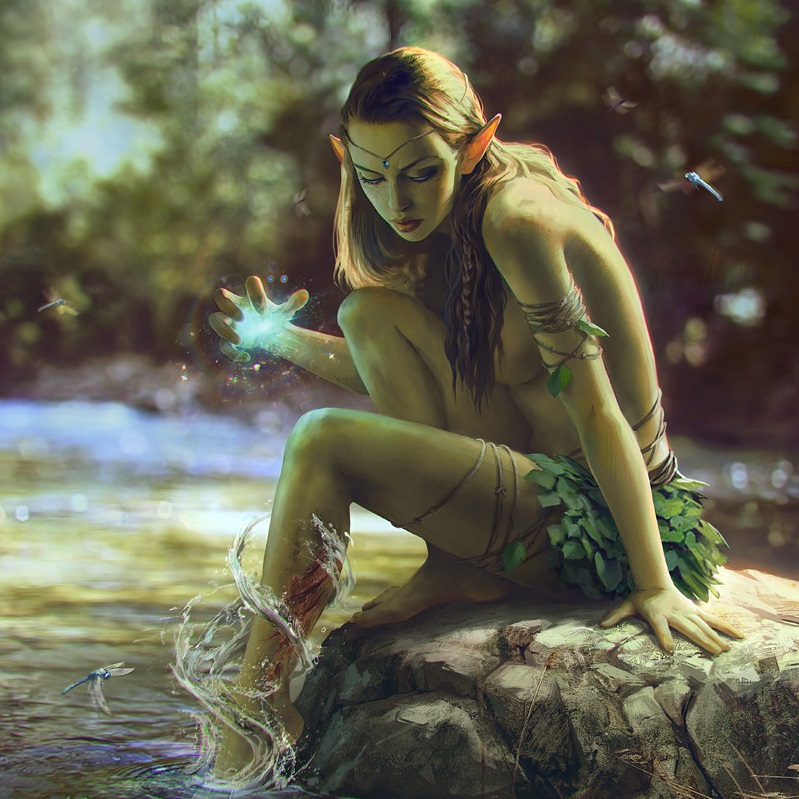 What, then, is an unnatural application of the Source? Many have argued this over the millennia, and still there is no clear answer. The most commonly agreed upon line in the sand though is that when the result of the channeling does not create or enhance something living, this is a corruption of the source.   Even among the Eldaran loyalists, who eschew such practices, some of their magics can fall under this definition. Opening portals to the mortal realms is among the more dramatic examples, but everyday applications such as levitating an object from across the room might be considered a corruption of the Source.   One of the core beliefs of the Drakhari is that the Source is there for them to shape as they will, and therefore they have no such qualms about twisting it to their will. They readily mold the world around them to suit their needs, inflict agony on their foes, and even develop powerful war magics to smite their enemies upon the field of battle. Just a few examples of this corrupted use of the Source might include rendering oneself invisible, casting bolts of pure energy to destroy an enemy, or even draining the life force from a living being.

Wow.   This was a really amazing and inspirational read! Its a really neat and compact little article which I loved mainly due to the concepts of the corruption itself. The fact that you will get corrupted if you corrupt the energy of life And eventually turn mad was a very nice touch on the article!   A few questions i had though.   1) Has anyone ever been able to stop being Corrupted when they pervert the Source? Is there any known means as to how they can Prevent or at least slow down the corruption?   2) Are there any other psychological Effects upon the corrupter of the Source for perverting it besides Insanity?   Overall, i just really loved this article. My feedback could be a bit bland since i am in a hurry and I will be in a tight schedule for the next week. But i Hope that at least some of this was helpful! Congrats BK and keep rocking WE!