The Drakhari are a faction of the Fae people who rebelled and split from the main Fae civilization almost four thousand years ago over ideological differences. The Drakhari are now an insular people, not mingling with the other Fae or any other denizens of the Faewylde. Lead by Grand Magus Vraenden for the last five hundred years, the Drakhari fight a crusade to bring order and harmony to both the Faewylde and the Mortal Realms by establishing a rule of order that holds little room for individual liberties. They see many acts of man as detrimental to the fabric of reality, such as mining and extensive agriculture. The belief of the Drakhari is that with proper cultivation of the human population and the application of liberal magical practices, the realms can be brought to a new sense of balance where all work together towards a common goal.

The Drakhari are ruled by Grand Magus Vraenden, the most powerful of all the magi in their culture and one of their oldest warriors. He has been fighting the Eldaran for almost a thousand years and has ruled the Drakhari for five hundred of those years. His will is the ultimate law of his people, although he does have a council of Archmagi to whose words he gives great weight.

The goals of the Drakhari are not only to take control of the Faewylde, but to also 'liberate' the mortal realms and humanity from their own folly. Vraenden and his people believe that they can provide a better life for all people of both realms through their more liberal applications of magic, provided those under their rule conform to their laws. They feel that humanity is defiling the mortal realms, and that complete control is the only way to save both worlds.

Almost four thousand years ago, the Fae people were unified in their vision of detatchment from the Mortal Realms and cultivation of the Faewylde. A large number of the Fae saw the growth of human civilization in the Mortal Realms as a danger, and wanted to take a more active role in guiding them to a more enlightened way of life. A civil war broke out, and those who had rebelled against the old ways left to start their own society. The newly formed Drakhari - the 'shapers of fate' - were determined to wrest control of the Faewylde from their cousins - the Eldaran, or 'those who follow the old ways' - and then expand their vision to the lands of humanity. Since then an eternal war has been waged across the Faewylde for dominance and control of the vital conduits required to travel between the realms. 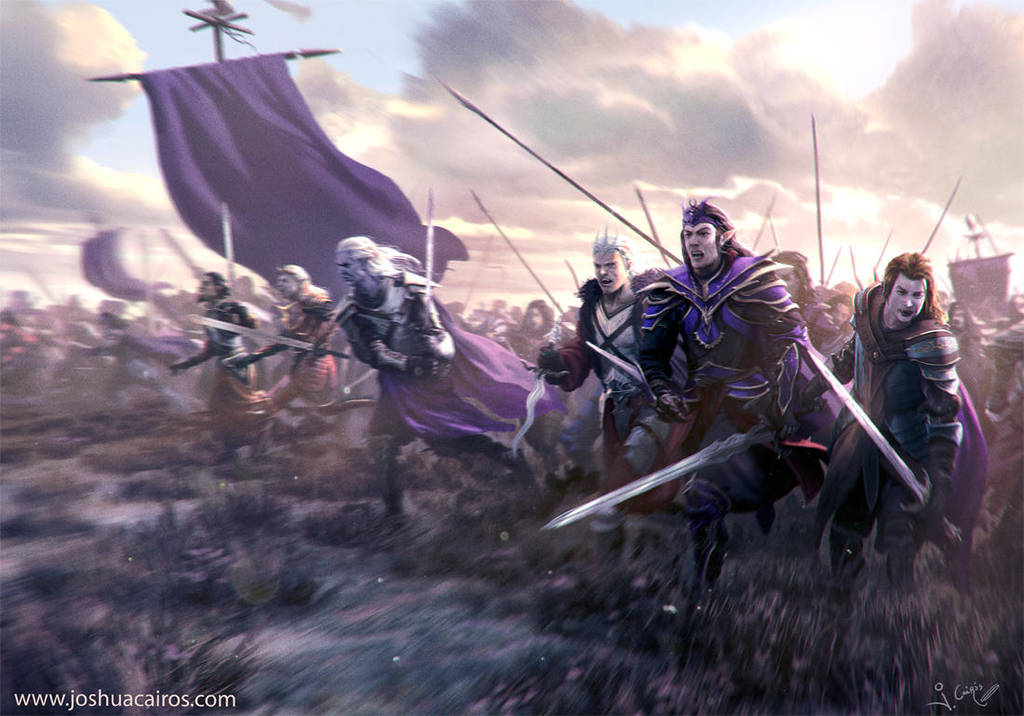