A man can find a certain freedom living at Fort Pinecrest, as long as he doesn't mind living in the middle of nowhere.


Fort Pinecrest is a fortress to the northeast of Northampton, on the northern border of the Kingdom of Brisland. Over the course of several centuries, a small town has grown up around the fortress. While the original intent of the settlement was to be a border outpost, its roles have grown to include being a major source of goods from logging, hunting, and trapping. It also acts as the primary overland trade hub between the Kingdom of Brisland and Argastilan; although such trade is still very limited due to the rough terrain. 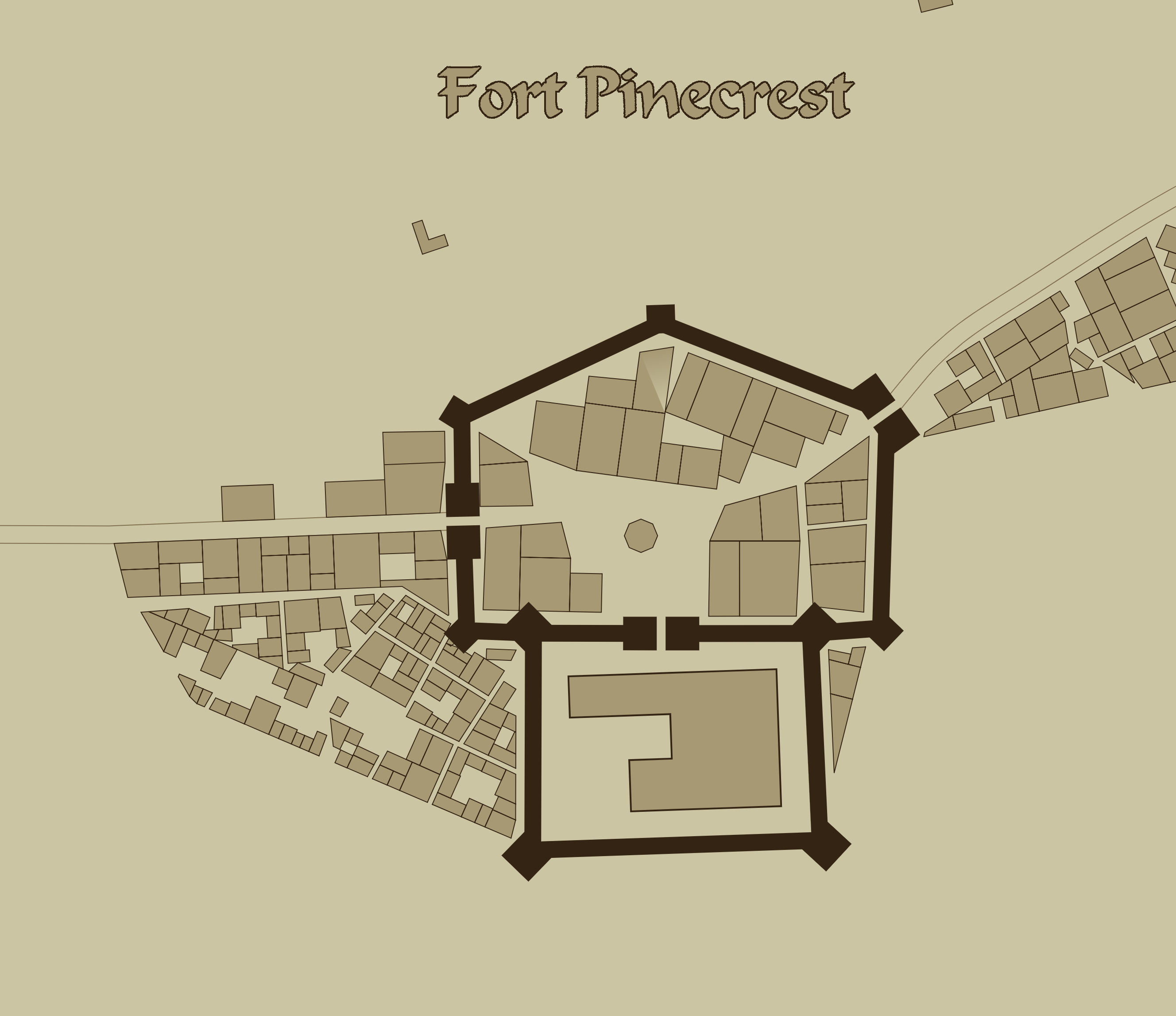 Many of the people of Fort Pinecrest are either soldiers or have traveled here from other settlements in hopes of building a new life. Those who were born here are descended from individuals who would have fallen into one of the two prior mentioned groups of people. Not many travel here from outside of the Duchy of Northampton itself, although there are a few from more distant lands. The presence of hill tribe blood is thicker here than in other settlements of the region due to the unique history of the founding of the fortress itself.

The fortress is still considered to be a military outpost, and as such the seat of the Earl is one that may be appointed by the Duke. Despite this, the Chaltham family has held the seat for longer than most can remember. The role of the local Earl has grown from that of a military outpost commander to that of the governor of a small town, as well. The current Earl, Giles Chaltham, has taken steps to appoint more trusted advisers into bureaucratic roles to help oversee the administration of the growing hold. He currently has a master-at-arms to deal with military issues, a magistrate to hear and decide on legal matters, a local constable to maintain order in the town, and a lord-quartermaster to oversee the flow of supplies and trade into and out of the settlement.


Does Sir Giles actually do anything himself? Last recorded words of Haemish Rawlson, former magistrate of Fort Pinecrest.

While the central keep and a small outpost-town are all contained within a wooden palisade, most of the town lies outside the walls. The garrison of the outpost numbers 250 professional soldiers, although many of them are put to work at other tasks such as blacksmithing, maintenance of the fortress, or escorting trade caravans between Fort Pinecrest and Cragview. Another 500 men could easily be called to arms from the town, and the keep's armory has ample arms and armor to equip all of them. Additionally, the prevalence of hunting in the area provides Fort Pinecrest with a ready levy of over 150 skilled archers, trackers, and scouts. 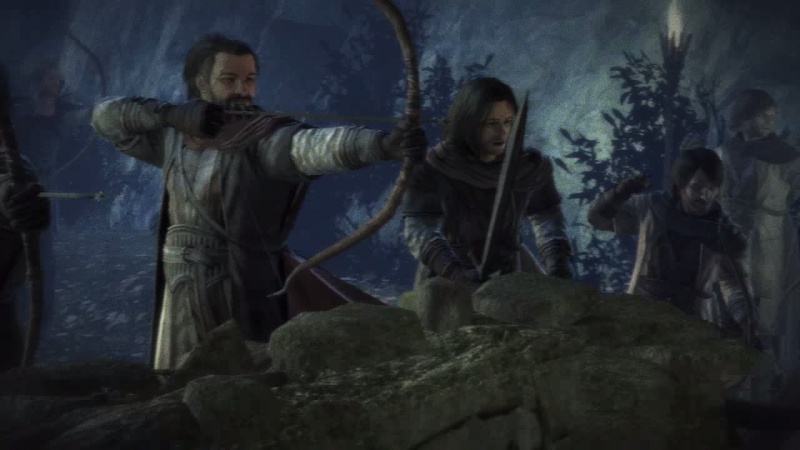 Fort Pinecrest has grown to be a major logging, hunting, and trapping outpost for the Duchy of Northampton. A large surplus of timber, cut wood, leather, furs, and smoked meat are all exported by caravans that run down through the hills to Cragview. As the terrain around the outpost is completely unsuited to farming, the primary import has always been agricultural foodstuffs and continues to be to this day. While some citizens might have small gardens, there is not enough arable land to support the entire population. Wheat, onions, and potatoes are major parts of the diet in Fort Pinecrest, and all of these must be imported.

The history of Fort Pinecrest streches back to the early days of the Kingdom of Northampton - back before the Unification with the Riverton Alliance formed the Kingdom of Brisland. The mountain and hill tribes were a great cause of concern for the fledgling kingdom, so the outpost was created to establish an extension of Northampton's military influence. After its initial construction around 200 I.R., the soldiers stationed in the fortress would conduct regular patrols and raids upon the villages of the hill tribes.   As a result of killing a large amount of the male population of the tribes, a sizable female population from the same people was adopted into the growing community of Fort Pinecrest. The mix of Rikenian and tribal blood can still be seen to this day; as natives of the are tend to a broader frame, a more bronze-colored skin tone, and square facial features not common in the south.

No fire warms the bed as well as a large woman. Proverb from the tribes of the Pinecrest foothills.

In the centuries since the pacification of the hill and mountain tribes - and the formation of the Kingdom of Brisland - the military importance of Fort Pinecrest has taken second-role to its importance as an outpost for gathering raw materials from the forest itself. 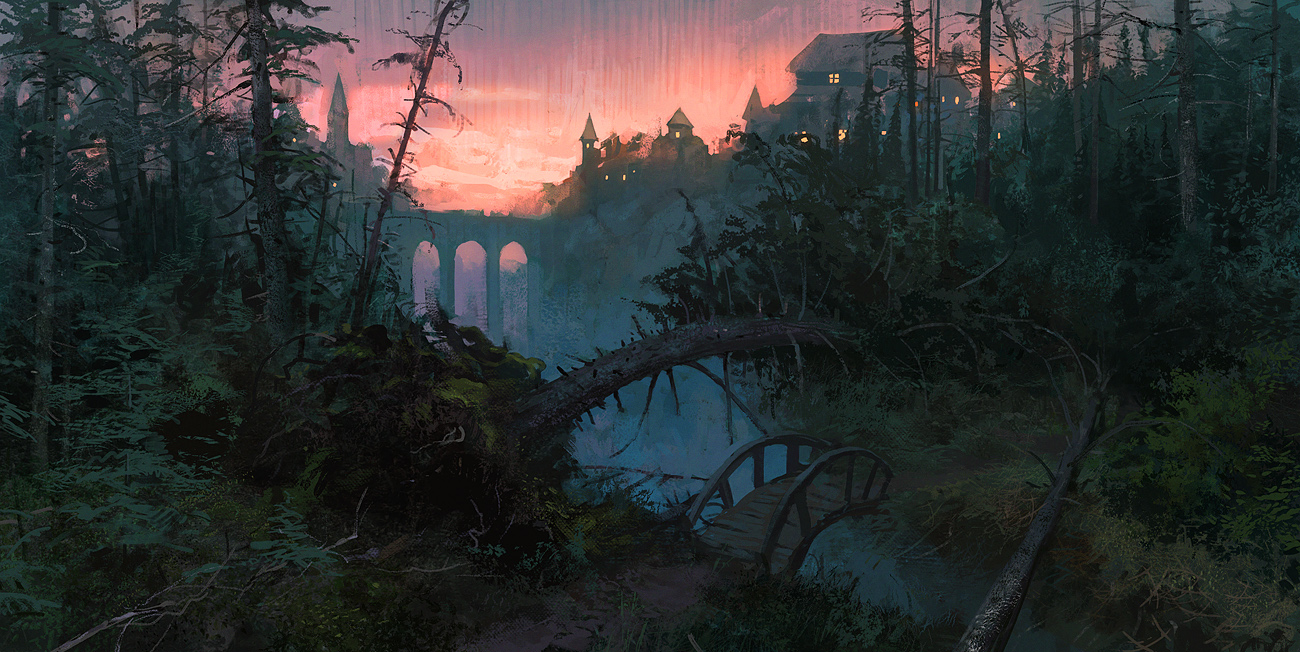 Considering the outpost is built in the center of dense pine forests, it is no surprise that almost every building is constructed of pine logs or planks. Even the keep and the fortress walls, with the exception of stone foundations, are built of pine wood. The only buildings in the town with portions built of stone are those more prone to fire, such as blacksmith shops, bakers, and meat smokers. Due to the rough nature of the terrain, the buildings are closely packed where open land can be found, and the settlement runs in a west-to-east pattern that follows a natural hilltop overlooking the surrounding forest. Another side effect of the limited terrain for building is that almost every building is two or three stories tall with a narrow footprint to utilize as much vertical space as is practical. 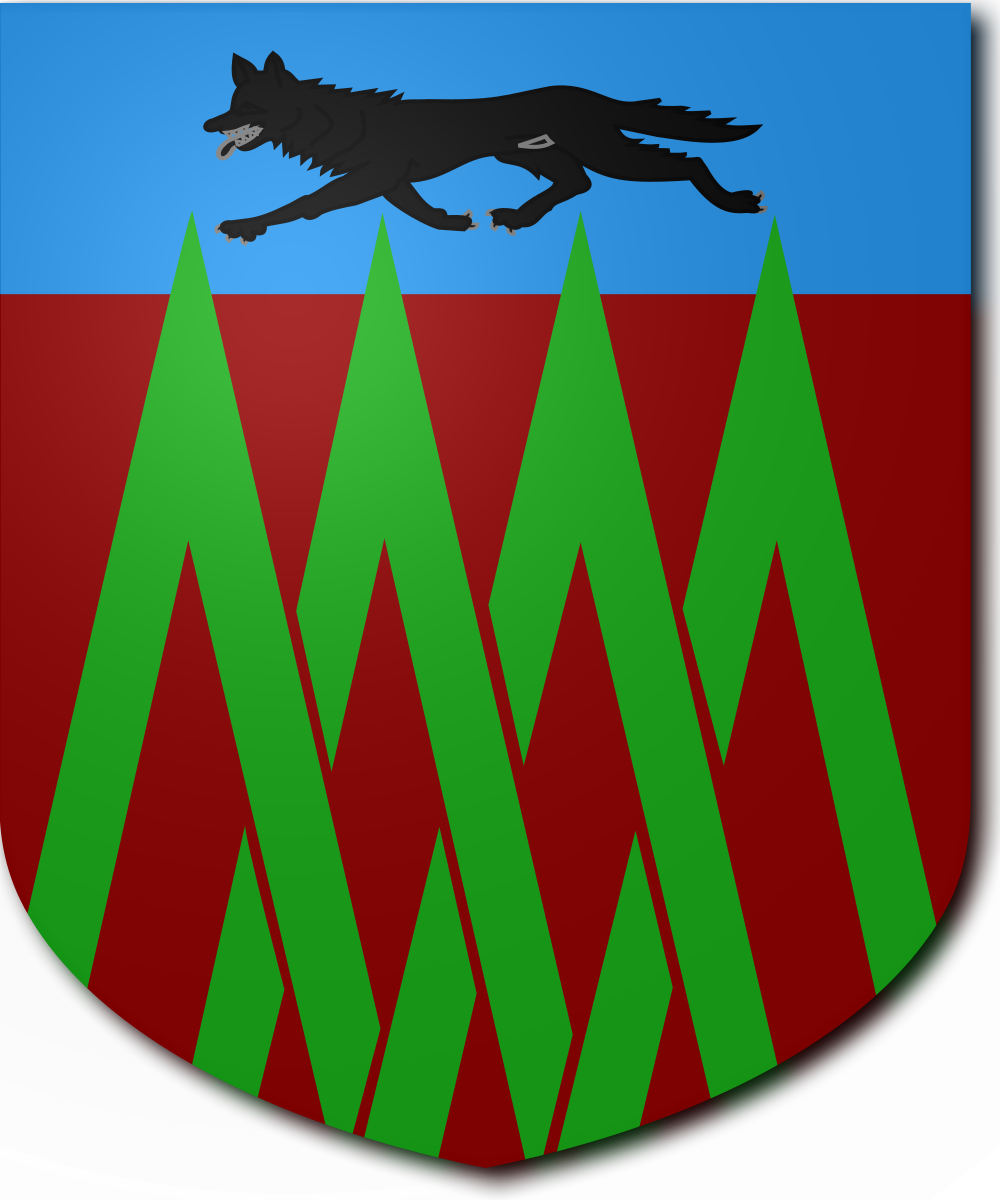 
The Fort Pinecrest Rangers are an organized militia consisting of professional hunters, trappers, and trackers who ply their trade in the forests around the outpost of Fort Pinecrest. This militia can be called upon to serve in a military role by the Earl or the Duke. Their special skill set makes them ideally suited to being utilized as archers, skirmishers, and scouts. Most notably, the Fort Pinecrest Rangers were responsible for covering the retreat of Duke Pavish Leopold's forces at the Battle of Dover's Ford in 793 I.R.; during The Kingslayer Rebellion. Many say that without the hail of meticulously accurate arrows from the Rangers, the massacre at the ford would have been far worse than it already was. 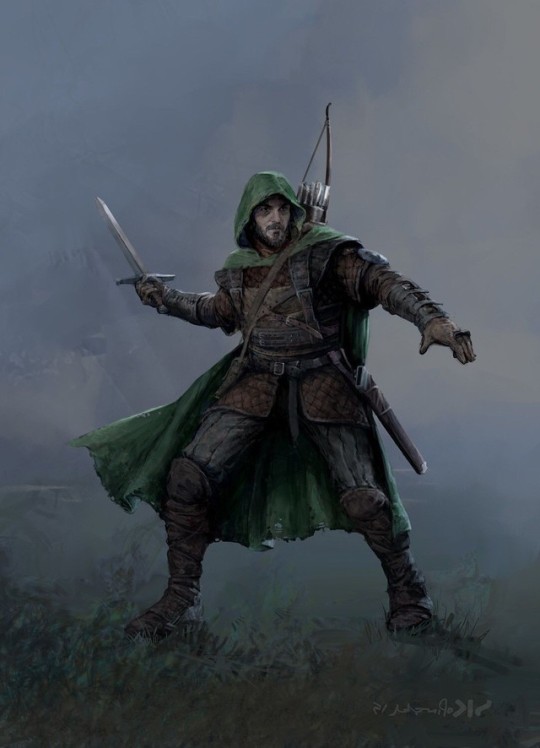 The Kingslayer Rebellion took place from 792 to 793 I.R. within the borders of the Kingdom of Brisland.

Brisland is a mostly agrarian kingdom that lies on the southern coast in the east of Istaria.