Lafayette is the infamous creator of L.E.M.S.I., a horrific alchemical and biological weapon. His study of magic and mana was beyond its time, and while he had an exceptional mind, it was clouded by paranoia, racism and a superiority complex.

Lafayette's past is shrouded in mystery, and his name is spoken in passing in most elven communities in current time. Only minor things are known, like the fact that he was a Light Elf, with an affinity for Light magic.   Lafayette's history is hard to track, though there is enough documentation to prove that while he made ground breaking theories in alchemy and mana storage theory, paranoia of his peers caused him to self-exile himself and take his research with him. Lafayette claimed that human peers would steal his theories and become far better magic users than elves, and his path to darkness started.

Lafayette moved to the rainforests of Juptmou, and begun to work on his biggest plans yet. A creature that could steal the Mana of others so that he could harvest it. He could take down anyone that threatened his advancements, and keep his secrets to himself and safe.

The L.E.M.S.I that Lafayette created were not sentient, wise creatures. They worked on instinct, programming and commands that the elf had bred into their very being.That he had meshed them together to further his research, and steal from his peers to keep himself 'where he belonged' along the magical elite.   However, his creations destroyed him. Lafayette was eventually found by the survivors of his assassination attempts. He was a withered, empty husk, drained of all magic and suffering a terrible sickness, Mana Poisoning, caused by Mana Siphoning. Lafayette's research survived his body and mind.   So did his creations.

Lafayette was the first to attempt the creation of an entirely new being by using magic and genetic editing. His research when recovered from his mighty rainforest tower, helped the creation Magi-Organ.   Though in life he was selfish and paranoid, Lafayette left a legacy of magical transmutation theories and knowledge that helped the magical community grow leaps and bounds. 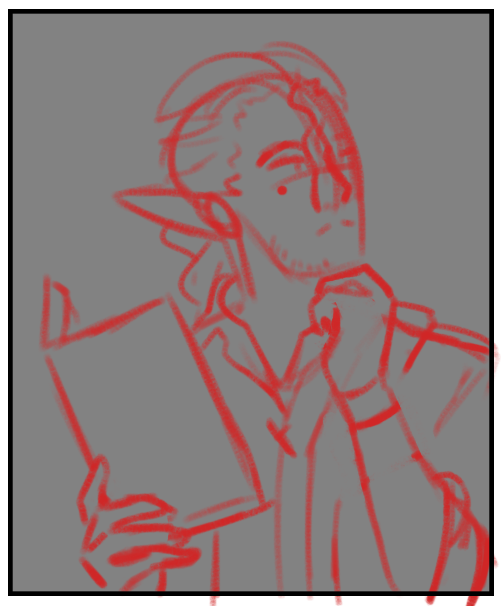