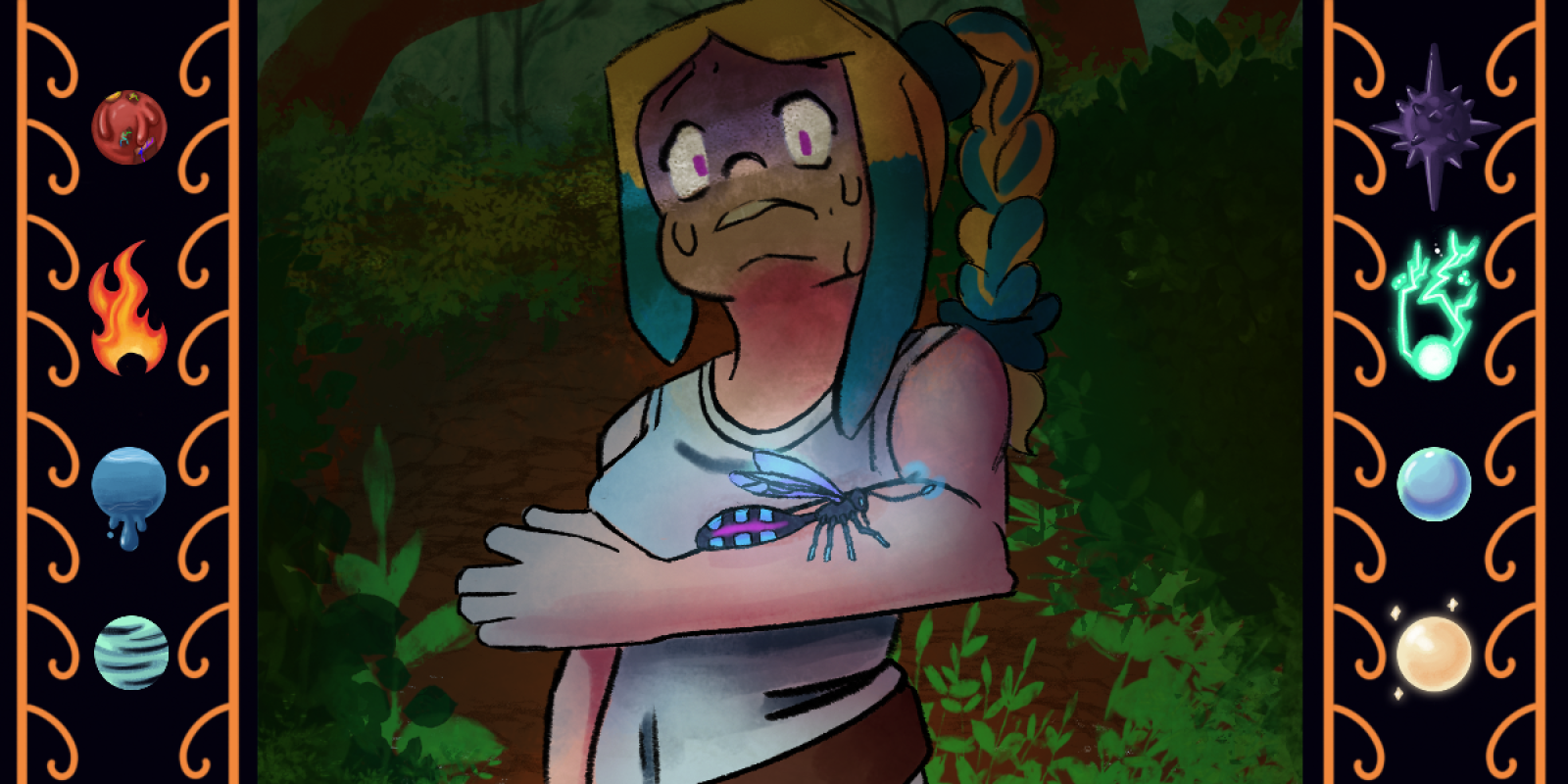 It's noticeable by the buzzing, first and foremost. But perhaps that's just the sound of the forest, the sound of life surrounding you and overwhelming your senses. Perhaps you weren't paying enough attention, or were distracted by your compass...

In the end, you're face to face with a horrifying creature-- luminant and buzzing. It grips on with eight slightly furred legs, while its antenna sway and graze your arm, making a chill run down your neck.

Your arm is numb, and you can't remember the last time you could feel it. Were you sweating before from the trail, or because of the bug? Your heart is racing, and you feel faint. You reach down into your pocket as carefully as you can manage, to the pamphlet you were given before your trek down:

IF YOU HAVE NOTICED A MANA THIEF ON YOUR PERSON: DO NOT BE ALARMED. FOLLOW THE FOLLOWING STEPS:


DO NOT ATTEMPT TO REMOVE THE MANA THIEF BY EXCESSIVE FORCE.
— Excerpt from a pamphlet on travelling within the Jumptmou rain-forest.

Created by a Wizard named Lafayette, the LEMSI appear to have been planned to siphon mana away from others to destroy their ability to use magic. They are now colloquially known as Mana Thieves or Mana Harvesters, depending on the region of the speaker. Little is known about the wizard, and even less about the creation of these cursed creatures.

Being bitten by a mana thief carries the risk of contracting multiple diseases or symptoms, varying from mildly inconvenient to fatal. The longer a mana thief feeds, the higher chances of catching or experiencing a more severe case. The following list is some of the few symptoms and possible diseases that may be contracted:

The average size of Mana Thieves are 5 cm (2 in) in length from head - excluding their proboscis and antenna - to abdomen. They have two antenna averaging around 2.5 cm (1 in) which cap off with small bulbs. While being crowned with antenna, the Mana Thief also has a thick proboscis framed by mandibles which it uses to pierce the skin of its prey.

Along their thorax they have eight legs, each capped with small claws used to grip onto their prey. They are incredibly mobile. The Mana Thief is capable of flight, with wings similar to that of wasps.

Mana Thieves subsist solely on the Mana of other living beings. Drones will bring the Mana back to the hive for consumption. For the younger members of the hive unable of processing it themselves, it will be fed to them by Harvesters.


When the time for a new Queen comes, Drones will feed Royal Mana (Mana that is processed and then spat up by the Queen) to Larva, whichever grows first will then eat the other potential Queens before taking the original's place.

Created by Lafayette M. as a means of artificially removing his academic competition from the running via consuming their Mana.

Mana Thieves live within the Juptmou rain-forest due to their sudden release there. As of Current Date, there have been no noted attempts of migration but it is a risk.

Using its specially sensitive antenna, Mana Thieves are capable of sensing the mana of living beings. They can sense and detect levels of mana, and will go towards the largest and most worthy target to drain.

Their vision is nothing extraordinary, and their prowess comes from being able to follow the trail of mana for up to 3 days before it can lose track of the trail. 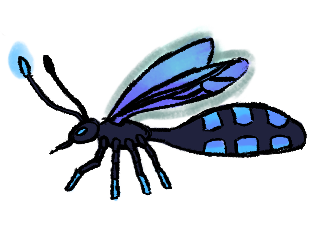 Scientific Name
Peredis essentia
Lifespan
15-25 Years
Conservation Status
The Mana Thief is considered an invasive species, and as a result there are no protections in place for its continued conservation.
Average Length
5 cm (2 in) (Without Antenna)
7.5 cm (3 in) (With Antenna)
Native To
Juptmou
Colloquial Names
Mana Thief, Mana Harvester, Hell Bug