Translated from Demon tongue into Common.

Tweaked to rhyme and have the same flow; it is not a direct translation.

A mighty helper is our God,
A shield never failing:
Unlike our foe, the hated fraud
Whom leave us ailing.
Said foe a new one,
Who seek to make us run;
She sides with them
and aims to make us sucumb,
With you we will not fail.
With you did we confide our strength
In hope you would teach us well;
We keep her words at arms length,
For our belief in Her has knell
Many ask for who we choose:
Silence we answer, it is They;
With their guidance our hunger allayed
One as Two and Two as One,
Their minds and body share the same
And though this world, with humans filled,
Should threaten to undo us,
We will not fear, for Silence hath willed
Their strength to triumph through us The Queen of Mana grins—
We tremble not from her;
Her rage and neglect we can endure,
For instead we have a protector so sure,—
Their embrace far softer than Her. 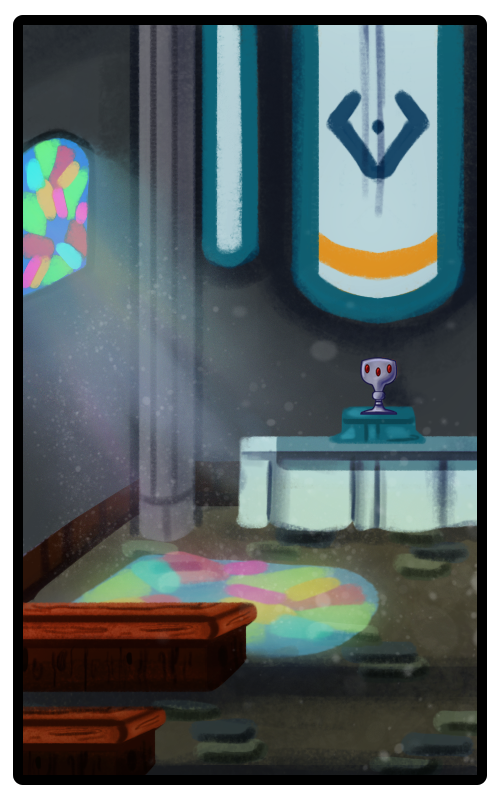 The hymn of Silence is considered an odd name by those not of bloodkeeper descent. It appears to be an oxymoron, being both a song, yet named after the act of being quiet. As time passed, it was not uncommon for bloodkeepers to sing this as loud as possible.
Religion