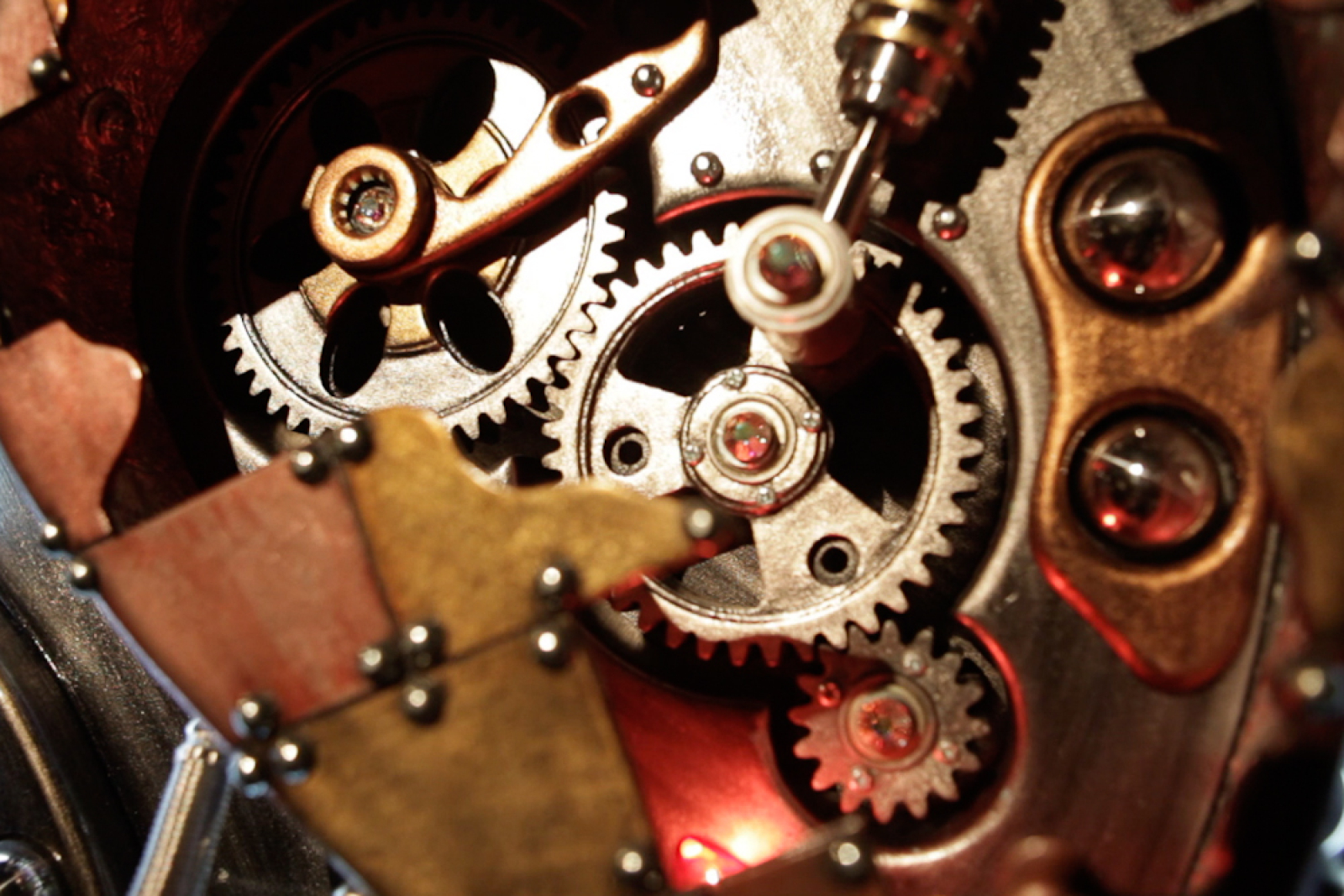 Crime against the gods, it is. They - the gods I mean - made people as people. It's not right for mortals to muck about with the very design of their... their... their selves, y'know? Can't be healthy for the soul, either. Bloody ragwheels. Somebody ought to put them out of their misery. They're not people anymore. Y'know?

The fusion of meat and metal. The Blending. Enhancement. Amalgamation.   For decades, the popular fiction of the Lashe included fantastic tales in which flesh and mechanics were magically combined. When the ragwheels took their first halting steps from the realm of fantasy to that of fact, reactions ranged from elation to horror. Progress being the watchword of the Lashe, however, the race to create the best methods quickly won out over most reservations, and metalmeld became commonplace, used at first to cure ills and outrun death, but eventually becoming a body modification trend nearly as prevalent as piercing or magical tattoos.   It was once quite common among the Lashe, though its secrets were lost when Hamat'e fell to the wrath of Eltane.
Show spoiler
Some who know the methods for creating ragwheels survived and fled with the rest of the Lashe to Argantael.


Nigira rose from the technician's table, unsteady at first. For a moment, her new leg threatened to give out beneath her. She felt ill, phantom sensations of her lost limb warring with the arcane energies that translated awareness of the gears and wires now supporting her. A tickle of madness scampered through her mind and then was gone.
— from The Amalgamation by Invrit the Patient

Many tried to create machines that would work in concert with both the physical body and the consciousness. Many more were the living beings - both sentient and not - that died or went mad in such attempts. The flesh resists and must be delicately coaxed into acceptance. Precision and diligence are required, for many things can go wrong - and death might be the best outcome of error.

The body part is created first. It is then infused with arcane energy and placed within the host. (If it is replacing an existing body part, the flesh must first be removed, of course.) There are many specialists who work in teams, with one crafting the delicate physical gearwork while another focuses on the magical rites that will infuse it with life and force the host's body to accept the graft, and sometimes still another with extensive biological knowledge who performs the surgery.
Inventor(s)
Mitram Edhas
Complexity
Highly complex, as both mechanical and magical expertise are required.

Answering: "Describe the most significant technological advancement within this location"
Visit kitsuki's Competition Page Check all other answers to this prompt Competition Homepage

I don't like the name of this at all, but if I kept obsessing about it, I would never have gotten the article written. I will probably change it later.

When I read this I had a flashback of the Wheelers from the Return to Oz movie. xD I enjoyed the small excerpt of Nigira coming out of the surgery and how it would feel like!

OMG, the Wheelers! I had forgotten about them. :D

This is super neat. I like how it isn't just "we implant techie bits into you" but is instead deals with fusing flesh and metal together, giving them the ability to sense things through it. That's really cool.   What are the most common kinds of augmentations and the variations of those common types? In the early days, did people really mess up and create techno-organic monsters that attacked people?   Either way, cool idea man. Might be inspired to do my own mechanical prosthesis.

Thanks!   The most common augmentations depend somewhat on the population in question. Working people sought to increase their usefulness: a miner might have her senses augmented to detect dangerous gases or increase limb strength to become a living earth mover, for example. She would be unlikely to invest the money or take the risk on a purely cosmetic or useless aug. Indolent nobles, on the other hand, were much more likely to have flashy augmentations that did not really improve day-to-day life. So a young nobleman might have a clockwork leg that was neither stronger nor faster than the flesh one he had replaced or the skin of his hands replaced with disguise spell-infused material that changed colors at will. I plan to add such details in the future. Check out the Coggers article for a bit more on this. I haven't integrated the information between the two yet, so there are some discrepancies, but it answers your second question, I think. :)