Illary: Kingdom of Shadow and Fire

I have been asked by my chief archivist to write an introduction to a book on the history of Illary as she believes I have a unique insight on our homeland. While I don't believe myself to be the right person for this task, I'll humor her by writing it and allow her to decide later.   As Queen of Illary for now over five hundred years, I have seen my land though some of the hardest times we have faced. We have faced it bravely, strongly and fiercely even when we stood alone. Despite hardships, rocky starts and difficult wars, we have risen triumphant. I know we will continue to rise in the centuries to come. It is in our nature.   The last five hundred have been especially difficult due to the losses we suffered at the hands of the Elgath Order. Even still, we are rising up. We are regaining our strength and will continue to do so until we are ready to face the world once again. We will become a force to be reckoned with once again.   In the following pages a woman far better versed in our history will be lying it out before you clear as day. With her efforts I hope the person reading this will come to understand our history, your history, better. Take that knowledge and rise up, help this land become strong by helping guide us from the mistakes we have made in the past.   With wishes and prayers of good fortune and hope,   Eris Illar, Queen of Illary

Rich farmland in the center of the country, several port cities, strong fortresses, a sizeable army.

In the five hundredth and seventeenth age, the Coruscaren Empire embarked on one of it's greatest military moves, an attempt to invade the continent of Tyria. The rich lands would make a great addition to the empire and the new workforce would be wonderful. In the decision as to were to land, they chose the territory controlled by the coastal Arcadains. This proved to be a mistake.   The Arcadians were the weakest of the five people's; small population, little resources and battered by both summer and winter storms. Yet when the Coruscaren's landed, one Arcadian, Kyros Illar, took action. His tiny army needed to be expanded so he dipped into his family's funds and grew the army greatly. Still, standing alone, they needed help.   Off in the country side, a young woman named Ophelia Airborne heard of the amount of trouble on the coast. Deciding she had to help, she reached out to her long-time friend, a Shadow Dragon named Nightcrawler. Convincing him that they must help drive the Coruscaren's out for the safety of both the Men and the Drakie-kin on the continent, they went to meet Kyros Illar and his army.   Shocked doesn't begin to cover how everyone felt when they both showed up. Regardless, Kryos knew he needed help and gladly accepted it. Ophelia began training others to befriend and ride Drakie. With her help and the help of the dozen Riders she was able to train, the Coruscaren's didn't stand a chance. Casters, soldiers, Riders, they drove them out. Flushed with victory, Kyros turned to his continent and saw a chance to grow his people strong. With Ophelia at his side, they went to speak with their southern neighbors, the Quezle.   The Azteca never had issue with the Acradians but where quite shocked at how well they handled the Coruscaren's. Kyros came peacefully to their leader, Hiloz, and spoke of an alliance. In less than a month, the alliance was formed and the two groups blazed a path north, grabbing lands westward to the Spine, north up to the Eternal Winter and south to the Shadow Mountains. Ten years, the lands of five people under his control, Kyros Illar was crowned king and Ophelia, now his wife, queen. He took her name, Airborne, as the name of the Royal family for a name that called on the sky was perfect for the leaders of a nation that was born on the backs of Dragon Riders. The nation he dubbed Illary, it's citizens Illarian, as remembrance of his family as they were now his people whom he must, whom his family must, protect and lead from that moment on.

The country encompasses a massive swath of land. From Phantom's Valley, fortress of ice and resilience in the north to the stronghold of Greyspire in the Shadow Mountains in the south, to the central city of Telachetlan, heart of the land with rich farmland. The west-most hold of Rosewater stands on windswept plains, watching the Spine, insuring the safety of the realm from the Fae and the Vampires under the control of the Elgath Order. On the southern part of the coastline stands Ocean's Refuge, so named for it's protected harbor, protected from the violent warm ocean storms. Lastly, the capital, a strong harbor city, trade center and home of the Royal Family, the Airborne's, Dragon's Point.

Strong alliance with Gilmunriel. Our alliance began eight thousand years ago and continues to this day, despite the current shambles that Gilmunriel finds itself in.   Opposition with the Order of the Eternal Sun. The Order hates mages, seeing magic as an evil force and has tried for ages to eradicate magic from humanity.   Neutral with the Dwarfs. There is occasional trade with them but nothing too much.   Neutral with Yorutoshi. Due to our alliance with Gilmuriel, the Yoruian's aren't particularly fond of us and vice versa. There hasn't been any wars between us but the we try to avoid the Yoruian's for the most part to prevent possible conflict. It helps that we are on continents on opposite sides of an ocean.   Peaceful but not allies with Eiresie. There has never been hostility between us and them. More often than not, Eiresien Necromancers, considered the most skilled and knowledgeable in the art, will take apprentices from Illary so they are trained properly. We are grateful for this as Necromancy is such a rare magic and we often lack instructors for our young mages when they are blesses with that magic.   Opposition with Certian Order. There has only been one outright war, twelve years after the country was founded. The war lasted for four years, ending with a nasty battle that forced the Fae to retreat over the Spine. There has been little contact since.   Enemies with the Coruscaren Empire. Though arguably it is because of the Empire that this illustrious kingdom exists to begin with. Their attempted invasion prompted the Arcadian forces, our small shoreline settlers from ages past, to build an army and drive them off. There has been bad blood between our country and theirs ever since.   Enemies with the Elgath Order. They were first the enemies of Gilmunriel but after we forged our alliance with the Elves they added us to the list. Regardless, they would have been our enemies as they have deals with Fiends and their leader, Suiathion, is a monster of the worst kind.   Neutral with Kamba. This pirate city is more helpful than hurtful and occasionally we can get good information and items from there.

Type
Geopolitical, Kingdom
Demonym
Illarian
Leader Title
King/Queen
Government System
Monarchy, Constitutional
Economic System
Mixed economy
Currency
The Illarian Coin
Legislative Body
The Illarian Senate along side the king or queen. It is up to the senate to bring regional issues forward so that they can be addressed. From there, the rest of the senate and the king or queen will come to solutions, draft new laws and pass laws into practice. They help evaluate everything, from trade regulations to war preparations. While the king or queen truly has final say, the active participation of the senate is vital for keeping the country safe.
Judicial Body
The local courts of the regions interpenetrate the laws and pass judgement over those who break those laws. If there is something that can't be decided, it is taken to the province courts, which is overseen by the provinces lord or lady and their consul. For cases of the most extreme or dire, such as treason or murder of senators, ambassadors or guild leaders in major positions,  those are taken to the capital where the king or queen oversees the proceedings along side their consul.
Executive Body
The city garrisons.
Subsidiary Organizations
Related Ranks & Titles Very cool.. I do have a question and maybe i missed it but what race or species are the people of Illary? The Queen speaks of ruling for 500 years so i can only assume that she isn't human but didn't see where it said what she was.   other than that i really enjoyed it. Great Job. 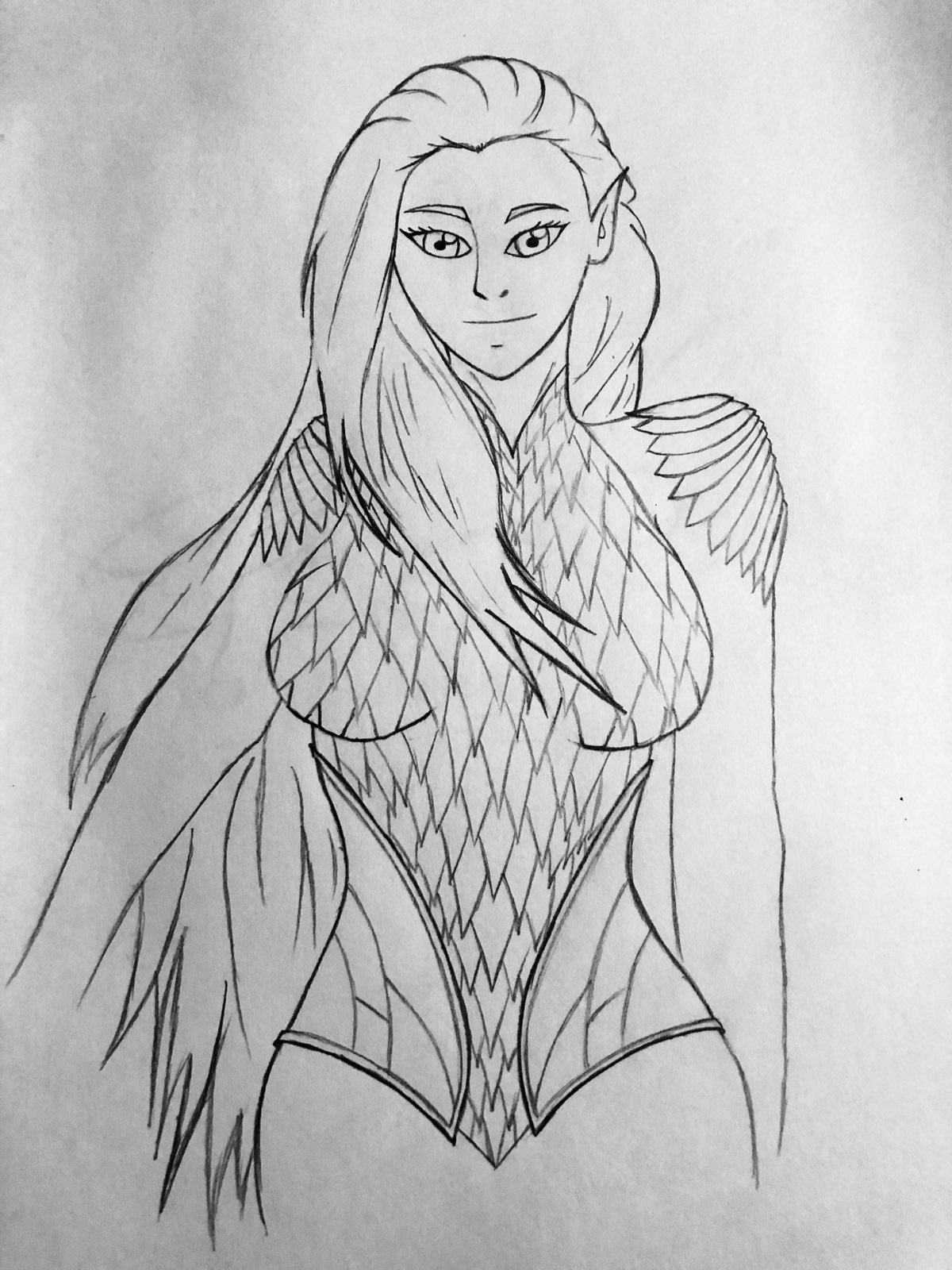 Oops. Clarification will be added. So, they are human but some, not all, share a magical bond with Dragons which greatly lengthens their life-span. The queen happens to be one of said Dragon Riders.

Awesome. I look forward to reading more of your work.

I just love learning more about your world is really cool.

I just love learning more about your world is really cool.