The Church-of-Kristyanitty is a religious sect followed predominantly by the common people. The organization was formed by Og Turpin Genesis (an Og of the city of Disra, said to have been one of the Old Folk). Kristyanitty focuses on following the path of "Jiesous Krist", a prophet and messenger of Termagaunte. Its rules include loving all people, forgiving those who are cruel to you, never stealing or lying or murdering and never being wicked to anyone.   Kristyanitty is also followed by some of the races of Heimland, including the Yea'haa'weh and Vedda.

Kristyanitty focuses on bringing people closer to Krist and Termagaunte. Through peace and non-violence it seeks to bring followers on its path, and educate them of the ways of Good.

Banks, churches, monks, equipment, ships and horses, castles and libraries are mostly owned by the Church of Kristyanitty , due to their vast wealth they offer donations to the poor on holy-days such as "Eeestyer" and "Krissmass".

Kristyanitty was formed by Og Turpin Genesis of Disra in 500,000 DE. It has continued to grow in followers since 10 AE.

Currently about 2.4 billion people (33% of the population of Heimland) follow Kristyanitty.

The Church has built its main Headquarters in Disra and Thetmis, the two cities of the common people.

The Church-of-Kristyanitty has spread partially to the Tagaloa.

The religion focuses on the Creator, also known as Termagaunte, who comes in three forms; as Jiesous Krist (the Prophet), as Baalial (the Ghost) and as Zəvuuv (the Father).

The religion focuses on the creation of the world through the power of the Creator. It states that in the beginning, Termagaunte made all of the cosmos through the Big-Bang.

The main concepts of the religion are written in the Seven-Commandments:   One should strive to act with compassion and empathy towards all creatures in accordance with reason.   The struggle for justice is an ongoing and necessary pursuit that should prevail over laws and institutions.   One’s body is inviolable, subject to one’s own will alone.   The freedoms of others should be respected, including the freedom to offend and freedom to love. To willfully and unjustly encroach upon the freedoms of another is to forgo your own.   Beliefs should conform to our best scientific understanding of the world. We should take care never to distort scientific facts to fit our beliefs.   People are fallible. If we make a mistake, we should do our best to rectify it and resolve any harm that may have been caused.   Every tenet is a guiding principle designed to inspire nobility in action and thought. The spirit of compassion, wisdom, and justice should always prevail over the written or spoken word.

When rising from bed, the following Prayer-of-Waking is spoken out:
"I arise today,   Through a mighty strength, the invocation of the Trinity,   Through a belief in the Threeness,   Through confession of the Oneness,   Of the Creator of creation.   Be to me a bright flame before me   Be to me a guiding star above me,   Be to me a smooth path below me,   Be to me a kind shepherd behind me,   Today, tonight, and forever."
Then the Daily-Prayer is said:
"When they saw the stars of the Creator, they were overjoyed. Glory to Termagaunte in the highest, and on earth peace, good will towards men. Let all that you do be done in love. Because of the tender mercy of our god, by which the rising sun will come to us from heaven to shine on those living in darkness and in the shadow of death, to guide our feet into the path of peace. For Termagaunte so loved the world that he gave his one and only Son, that whoever believes in him shall not perish but have eternal life. Cast your cares on the Lord and he will sustain you; he will never let the righteous be shaken. The Word of Termagaunte became flesh and made his dwelling among us. We have seen his glory, the glory of the one and only Son, who came from the Father, full of grace and truth. For to us a child is born, to us a son is given; and the government shall is upon his shoulders, and his name is to be called Wonderful Counselor, Mighty God, Everlasting Father, Prince of Peace. Be devoted to one another in love. Honor one another above yourselves. Thanks be to Termagaunte for his indescribable gift! The Lord gives strength to his people; the Lord blesses his people with peace. Come to Him, all you who are weary and burdened, and He will give you rest. Take His yoke upon you and learn from Him, for He is gentle and humble in heart, and you will find rest for your souls. For His yoke is easy and His burden is light. And now these three remain: faith, hope, and love. But the greatest of these is love. He has made everything beautiful in its time. He has also set eternity in the human heart; yet no one can fathom what Termagaunte has done from beginning to end. Lord, our Lord, how majestic is your name in all the earth! You have set your glory in the heavens. Your glorious holy light burns forever! So be it!"
Worship is then followed with the daily prayer:
"Saben uwong kalairake kanthi mardika lan darbe martabat lan hak-hak kang padha. Kabeh pinaringan akal lan kalbu sarta kaajab pasrawungan anggone memitran siji lan sijine kanthi jiwo sumadulur. Hrama kavula lingkang wuonten ingk swargak. Wasta zampeyan dadosa tsuci. Tsajaman zamayan rawuha. Karz sampean dadosa ying bumi kados ingk swargak. Rejeki kavula kaing sadinten dinten sukanik dinten punikik maring kavula. Ambi puntan maring kavula dosa kavula, kados kavula puntang maring satunggil est tunggil tiyang kang salah maring kavula. Ami sampun bekta kavula ingk percoban. Tapi cuculaken kaula bari pada saning awong. Sabab tsajamana tambi kowasa tsarta kamukten gustik kagunganipun dumugi ingk awet. Amen."
("All human beings are born free and equal in dignity and rights. They are endowed with reason and conscience and should act towards one another in a spirit of brotherhood. My great god in heaven. Make this day holy. You are glorious. Bless the earth like in heaven. Give to me a day of peace. Be with all of us today. Forgive us our weaknesses. Make us anew. For as long as you live, the glory of cosmos will last forever. So be it.")   It is then followed by the saying of the Creed-of-Eucharist at breakfast and dinner:
"And this food is called among us the Eucharist, of which no one is allowed to partake but the man who believes that the things which we teach are true, and who has been washed with the washing that is for the remission of sins, and unto regeneration, and who is so living as Krist has enjoined. For not as common bread and common drink do we receive these; but in like manner as Jiesous Krist our Savior, having been made flesh by the Word of Termagaunte, had both flesh and blood for our salvation, so likewise have we been taught that the food which is blessed by the prayer of His word, and from which our blood and flesh by transmutation are nourished, is the flesh and blood of that Jiesous Krsit who was made flesh."
Prayers at night are also said:
"Our Father in heaven,   hallowed be your name, your kingdom come, your will be done,   on earth as in Heaven.   Give us today our daily bread. Forgive us our sins   as we forgive those who sin against us.   Save us from the time of trial   and deliver us from evil.   For the kingdom, the power, and the glory are yours   now and for ever. Amen. 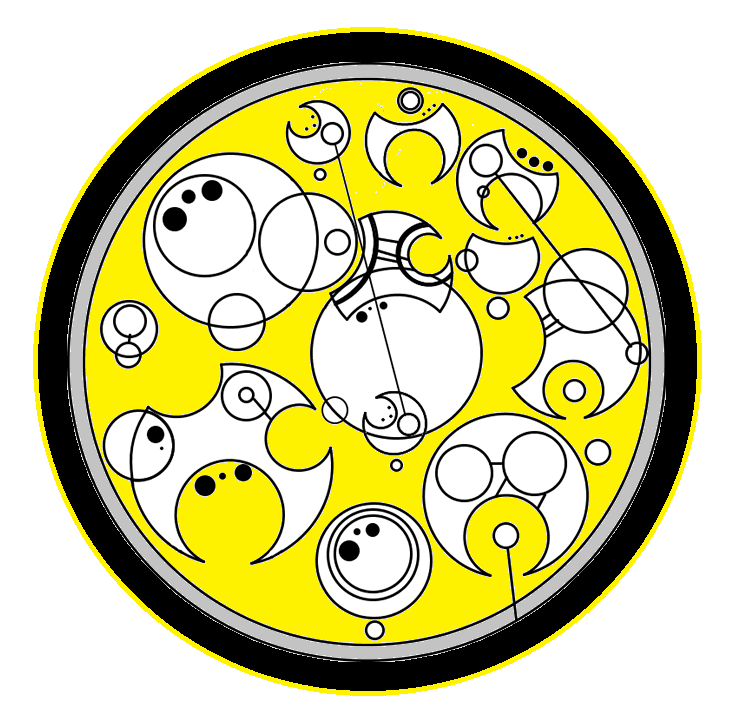 Seriously love this. Super post apocalyptic christianity+ with proper and for once, sensible commandments. Also scientific method as part of the religion. This is Utopia at its best. It is however, very very believable as a proper future version of religion.   Kudos.